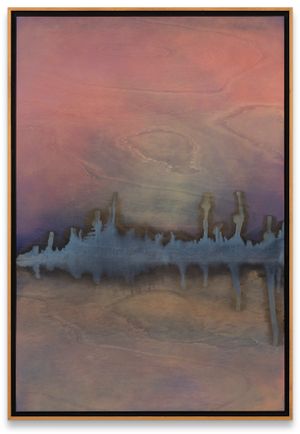 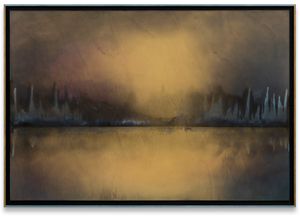 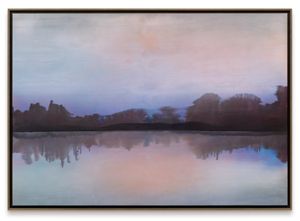 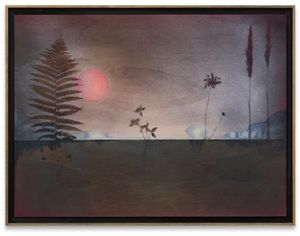 Monika Sprüth and Philomene Magers are delighted to announce Higgs-Boson, a project showcasing new works by Robert Elfgen. It is the first presentation at Sprüth Magers Window, a new format that takes the art out of the gallery space and places it in a more domestic environment with wood-panelled walls, while also offering the chance to experience the exhibition from the street. Elfgen's mystical paintings of landscapes and mythical creatures as well as objects from his studio transform Window into a 'Wunderkammer', a spatial work of art that addresses man's relationship to the world and our existence in its entity.

The exhibition title refers to the Higgs boson, an elementary particle detected just a few years ago using complex experiments. Also known as the 'God particle,' it only becomes visible for a fleeting moment before it breaks down and disappears. Its discovery was a watershed moment in the field of elementary physics, as the particle had long been one of the last, unknown building blocks of matter. It is closely tied to the Big Bang and is key to understanding how mass materialises.

Elfgen's new works have a meaningful connection with the title. They are reminiscent of 19th-century Romantic landscapes in which the artists evoked a kind of painting that sought to depict the divine in the earthly—and with it, the unseen in the seen. Yet a closer look at Elfgen's new paintings reveals that they are abstractions composed of various, interacting colour gradients. In this way, he uses colour to manifest nature. He applies spray paint with accents of ink; the ink introduces an element of chance to his creative process, as the interaction of these media with the surface can only be controlled up to a certain point. Woodgrain visible through the colour gives the works a highly tactile, painterly ductus; in allowing it to show, Elfgen's works reveal an otherwise concealed element just outside of the immediately visible. The material becomes the substantial creative moment of the work and part of its motif in the form of clouds in the sky or waves on the water. The images materialize. Metallic particles in the spray paint add a shiny shimmer to the surfaces and constitute yet another Higgs boson reference, as the particle also emits a split-second, visible glow just before breaking down.

New abstract landscape paintings are joined by other works by Elfgen. They show figurative elements and found objects from nature, such as animals and ferns, or combine them in an atmospherically charged form of collage. The main subject of hisoeuvre—the relationship between humans and nature—is thus taken up and expanded, often on a metaphysical level. Depicted animals recall fantastic mythical creatures, further underscoring the images' mystical character. Elfgen's subject matter and materials create a cosmos in which nature and civilisation intertwine. Together they show us the invisible in the visible, and enable us to see the world in a subtle, new light.

Sign up to be among the first to know when new exhibitions by Robert Elfgen or at Sprüth Magers open.