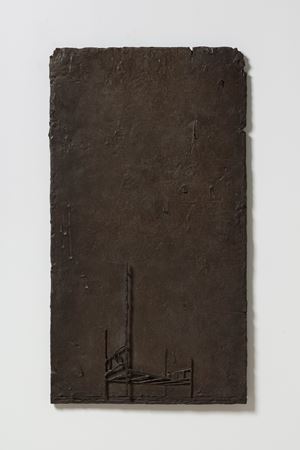 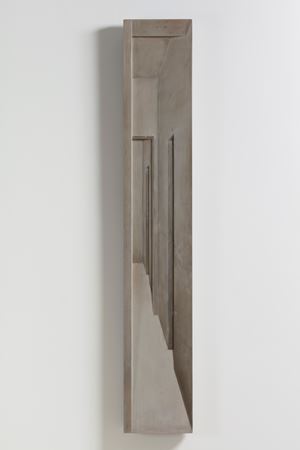 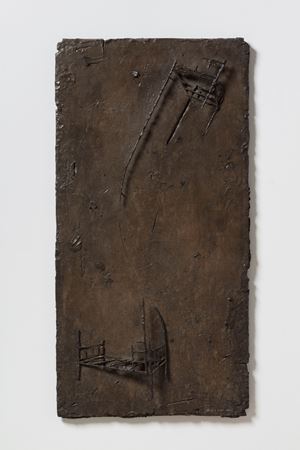 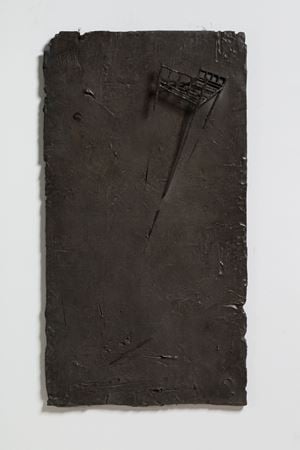 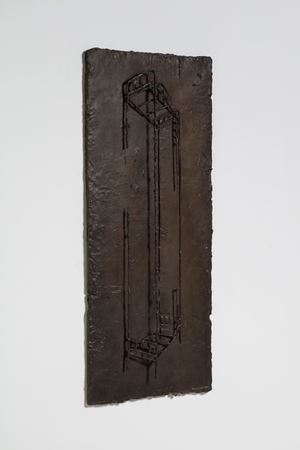 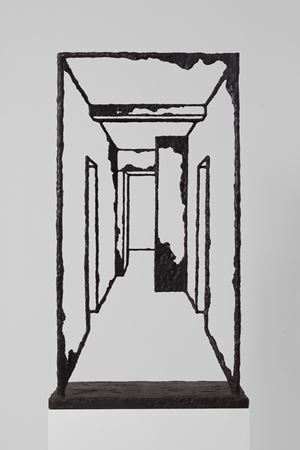 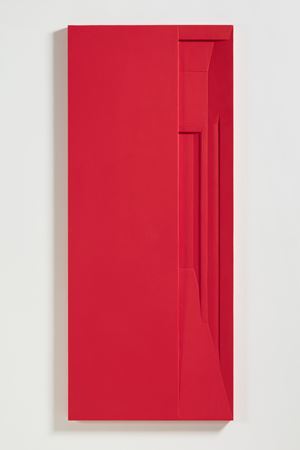 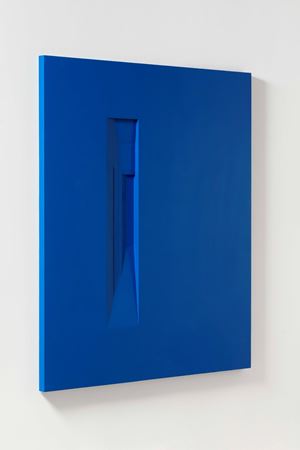 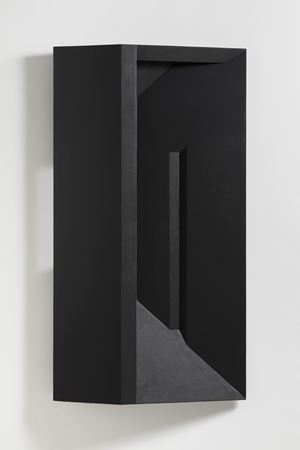 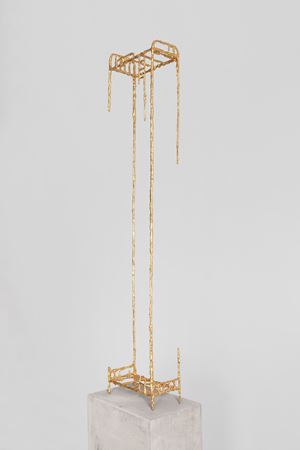 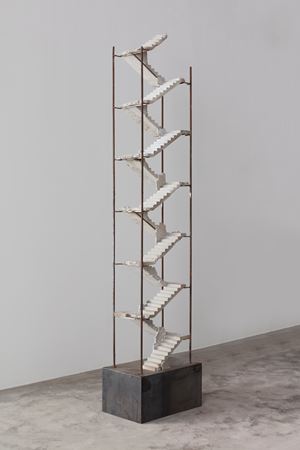 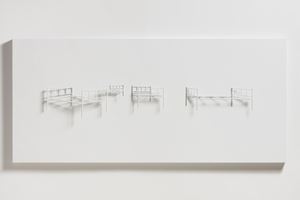 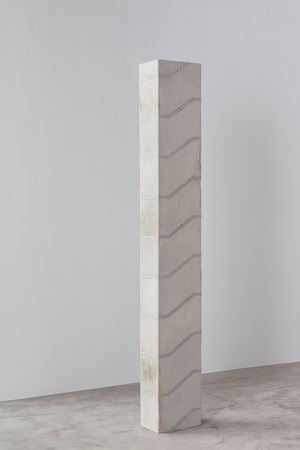 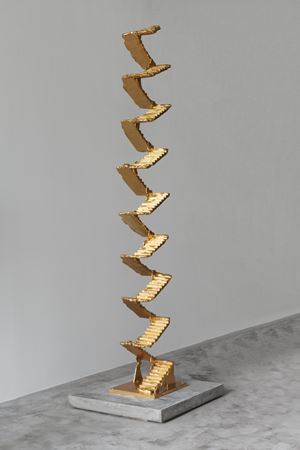 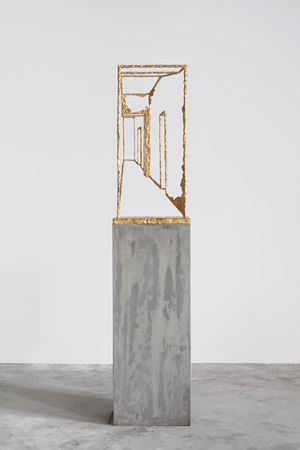 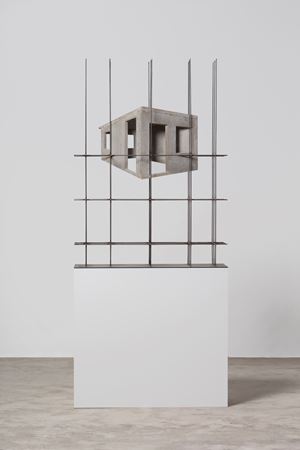 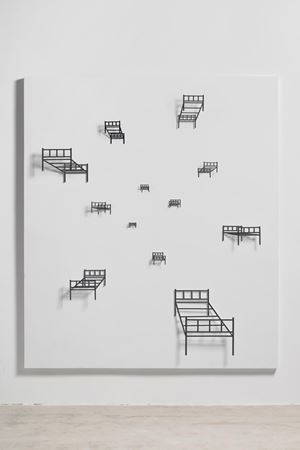 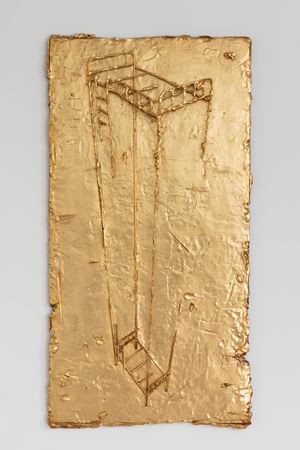 Tang Contemporary Art is proud to present the opening of Block, a solo show for Cai Lei featuring work from 2020, in the gallery's second Beijing space on 5 September 2020. The Curator of the show is Sui Jianguo, and the academic director is Zhan Wang,

In forms ranging from relief images with a compressed perspective to assemblages of objects that create visual dislocations and tensions to interior landscaped installations, Cai Lei's diverse practice has shifted from personal creative methods to linguistic patterns to artistic concepts. Block, the theme that he has chosen to explore due to the pandemic, represents a new direction in his work, namely, perceptions of everyday narratives and bodily experiences.

Several years ago, Cai Lei held three solo exhibitions in three years: Method of Descent (2014), In Ambiguous Sight (2015), and Échelle des Plans (2016). In that span, he shifted from relief images with a compressed perspective to assemblages of objects that create visual dislocations and tensions to landscaped interior installations. With this hop, skip, and a jump, he shifted from personal creative methods to linguistic patterns to artistic concepts. In his rapid leaps between the three, he has quickly grown into an eye-catching young artist.

Planning for the current exhibition began at the end of last year, but the coronavirus outbreak just before Chinese New Year changed Cai Lei's work and its direction. This exhibition is presented in three interconnected spaces. The four walls of the first exhibition space show the kind of work for which Cai Lei is known: rooms and corridors presented with compressed perspective. What is different this time is that the perspectival rooms and corridors are compressed from the front and back, then compressed again from the left and right, changing the way we look at them and emphasising the psychological influence of space. Here, Cai Lei has advanced his original perspective work.

However, the theme of perspective disappears almost entirely from the works displayed in the second and third spaces. The beds that recede into the wall using perspective appear on the primary wall in the second gallery, but they are no longer as meticulously arranged as the works in the first gallery.

After the pandemic began, the studio that Cai Lei rented in Yangzhen, Shunyi District, was closed for several months, so he could not get inside. Because of that same fear, the neighbourhood in which Cai Lei lived did not permit residents to come and go, so nearly all daily necessities had to be purchased online. However, the courier could only come to the door of the block. When picking up a package, Cai preferred to take the stairs in order to avoid the elevator, a dangerous source of community spread. For that month or two, he spent every day eating, sleeping, and looking at his phone. He moved from the bed to the sofa, then back to the bed. He ended up lying or leaning on the bed nearly twenty-four hours a day. In that three-room space, the bed became the piece of furniture with which he spent the most time. As the months passed, Cai Lei had the idea of using the bed as an expressive medium. These images of beds constitute the theme of the second gallery space. From the dozen beds with the same vanishing point but different depths that merge into the main wall, we can imagine the artist's repressed madness during the pandemic.

During lockdown, Cai Lei observed and contemplated the apartment block stairs that he climbed up and down every day. Although climbing a dozen flights of stairs was very tiring, it was certainly safer than the elevator, which, while comparatively comfortable, could become a vehicle for virus dissemination at any time. The experience of moving through the stairwells over several months became the theme and content of the third gallery. The last 2.5-meter-high work in the gallery is the most complete corridor and stair form, embodying overlapping cycles. In contrast to the staircases in several of his other works, the spaces between the flights of stairs are no longer empty; they are filled with another colour of cement. The four walls surrounding the corridor of the staircase structure have disappeared, so that the structure merges with the viewer's space.

In the second and third galleries, perspective becomes an ancillary concern. The forms of the bed and stairs are produced in different materials. They appear to have sprung from Cai's hands, highlighting his choice of title for this exhibition: Block. In a literal sense, all of the works chosen for this exhibition are related to the space in which the artist lives—an apartment in a block—whether the works involve perspective or not. The destruction of the pandemic meant that he subconsciously and instinctively chose the block to which he was confined, as well as the corridor and furniture outside and inside the apartment, as vehicles for his emotions.

An apartment complex includes many blocks comprised of a string of apartments. The residents of every apartment are connected by stairs. There are also many windows and various pieces of furniture in those apartments. All of this comprises the narrative of everyday life in the artist's building. Between buildings, there are always terracotta or cement brick paths and several lawn areas. Since 2014, Cai Lei has transformed elements of his living environment into the form and content of his work in the studio.

Looking back on Cai's three exhibitions from 2014 to 2016, the development was clear and effective. However, upon closer analysis, it also encompassed multiple possibilities. Wonderfully, more than six months after the start of the pandemic, new signs emerged in his work, which are presented in Block. From his past and present work, we can see the emphasis on his experiences of life and the body outside of perspectival forms. These works echo one another, showing Cai Lei's richness and maturity as an artist.

Cai Lei born in Changchun, Jilin province in 1983. Cai Lei's works explore the relationship between illusion and space. From his interest in planarity, he carves out an illusory conceptual space which oscillates between the second and third dimension for his creations. Working in both painting and mixed media sculptural relief, light plays an important factor in enhancing this illusion of depth. Painted spaces of interior hallways or corners simultaneously protrude and recede depending on the viewer's experience of the work.

Sign up to be among the first to know when new exhibitions by Cai Lei or at Tang Contemporary Art open.
Sign Up