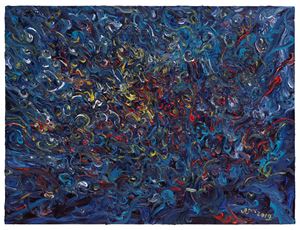 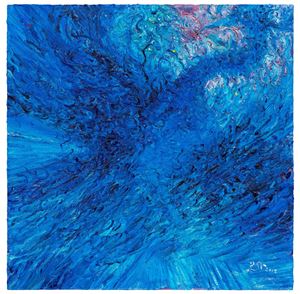 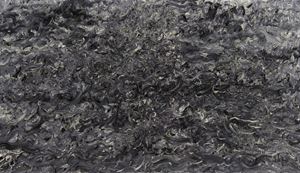 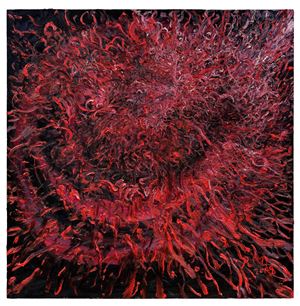 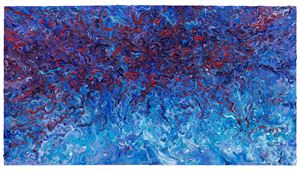 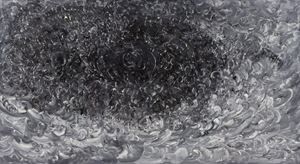 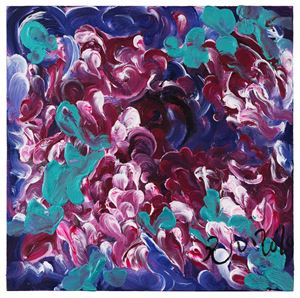 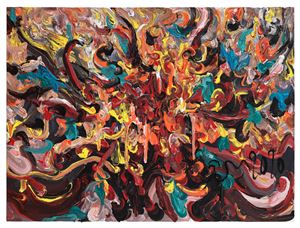 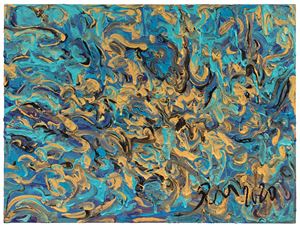 In 2017, my soul lost its shines, just like the love that all beings have always had is gone. I'm all alone, but I don't want to be lonely...I walked towards the universe, towards formlessness, and saw how time operated, as well as the new time and space and the light that is set to come. My soul is led by instinct, I see more clearly with my heart, understand my nature, and fulfil my wishes. Without the Degenerate Age, there is no future.

(5 September 2020, Hong Kong) – Whitestone Gallery is pleased to present a solo exhibition of Ren Sihong, one of the most prominent Chinese artists who was born in the 1960s and has flourished since the late 1980s, significantly shaping China's contemporary art history. The exhibition will showcase the artist's works created in the last three years, the 'Black and White' series which started in 2017, 'Value of Colors', started in 2018, and 'Spirit of Flowers', started early this year during the pandemic period. Stepping away from his previous style, Ren has adopted an expressionist and abstract way of painting his recent works and hopes to enlighten the viewers through this intriguing energy.

Born in 1967 in Hebei, Ren Sihong found his talent in painting when he was young, and therefore enrolled in Oil Painting Department at Hebei Normal University and later on continued his study in Central Academy of Fine Arts in Beijing. After graduation, he became one of the residential artists at the Old Summer Palace (Yuan Ming Yuan), the earliest artist village in China's modern history (1989–1995), representing the most avant-garde and experimental spirits at that time. As Yuan Ming Yuan was removed, the artists had to find new places to establish their studios, various art villages and districts, such as Song Zhuang and 798 have been developed across the city of Beijing, and in 2006, Ren Sihong moved into No.1 International Art District. Like many artists who were born in the '60s, Ren experienced social movements that held collectivism and socialism at heart, therefore he tended to express his experiences and memories with a humorous, grotesque, and sarcastic approach. His oil paintings were selected for the 3rd Annual Exhibition of Chinese Oil Painting in 1995, and his work of sculptures was shown at Voice of the Unseen exhibition at Venice Biennale in 2013.

Ren Sihong's creative practices are continuously evolving. Every time he starts a new series, he has the urge to let go of what he used before and fight against old habits in order to create something different. The year 2017 was a turning point for the artist, as his father passed away. Due to the great loss of his beloved father, Ren lost interest in shapes and colours, he dived into black and white as well as a 'formless' way to paint. For him, it is as if walking through time, and resonating with the ups and downs. He is fascinated by the 'void' in black and white, believing that valuing simplicity can achieve more. Gradually he has healed himself through painting and has become stronger than ever.

Since 2018, Ren has reviewed the value of colours, and he started giving meanings to the three primary colours, red, blue, and yellow. For Ren, the colour of red represents the Sun and energy, it is also the symbol of freedom and giving. Blue represents the Moon and wisdom, and yellow represents the Earth and morality. He turns the colours into elements of the universe and makes sense of the universe by using these colours. He witnesses the world experiencing a severe decline of morality in this era, therefore he encourages the viewers to open their hearts for emotions, love, and energy, which are the most valuable things in the world that can't be measured by quantity - so to make the world a better place.

Since the beginning of 2020 with the outbreak of COVID-19, there have been fewer people around and the world seemingly comes to a stop. However for Ren, he senses that deep down there is some sort of undercurrent going on – it is something unprecedented, unfamiliar, and even fearful. He is excited to experience these and has more time to have conversations with himself. He opens up his heart like a blossom, letting something warm and pretty come to life. Therefore he started to paint flowers, using opulent colours and vivid brushstrokes to depict the spirits and hopes.

Ren Sihong strives to understand the rules of the world and humanity through painting, and during the process, he learns kindness. He hopes his work could bring the same energy to its viewers and leave them enlightened, even though it is not always the case – some people are frightened to see his work, intimidated by its forms and shapes. 'When people are looking at an artwork, the artwork is looking at them in the meantime - how they see it also reveals their personalities, making them be honest with themselves.

Sign up to be among the first to know when new exhibitions by Ren Sihong or at Whitestone Gallery open.
Sign Up