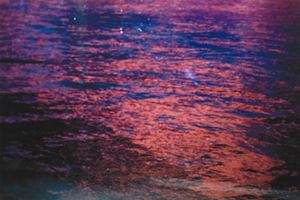 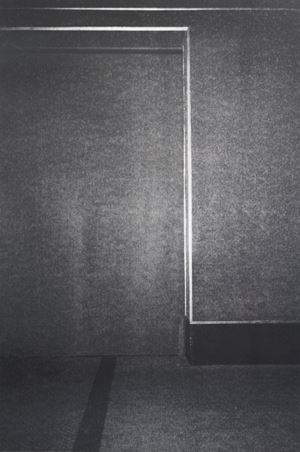 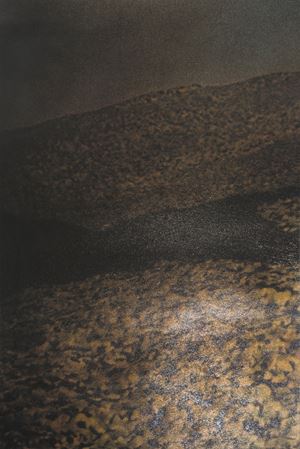 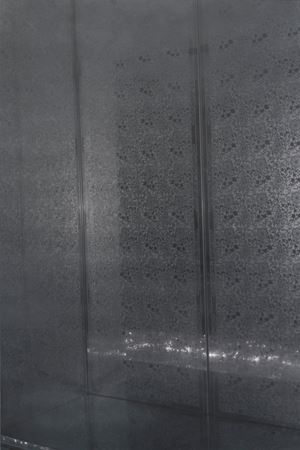 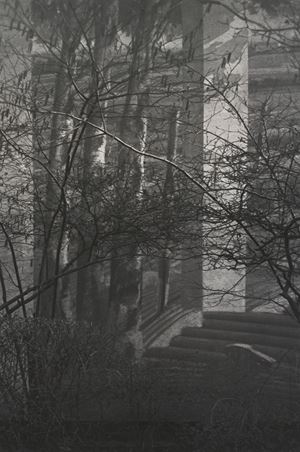 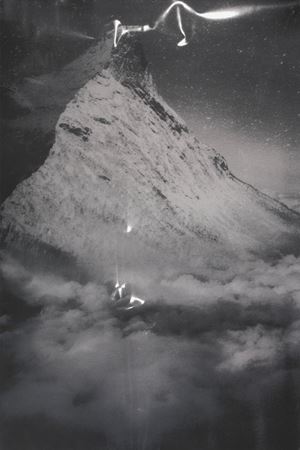 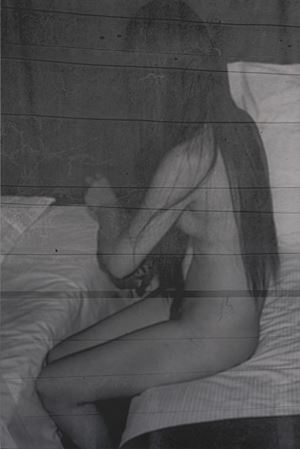 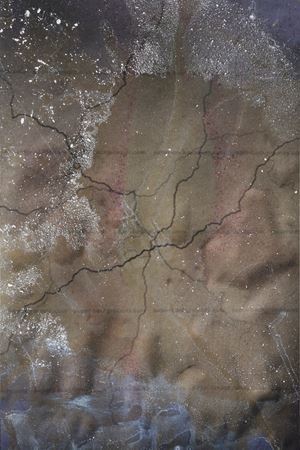 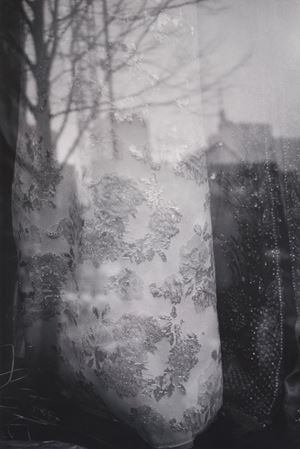 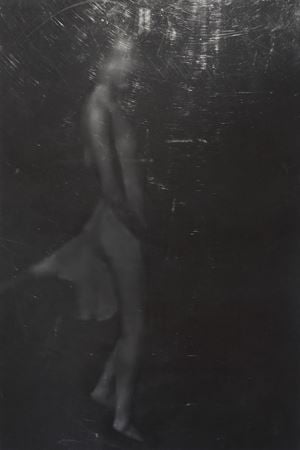 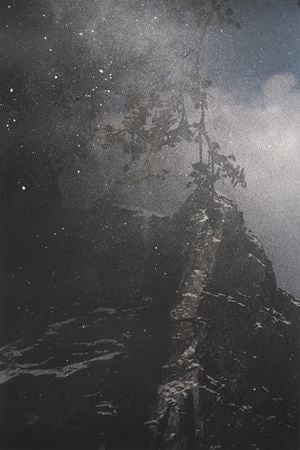 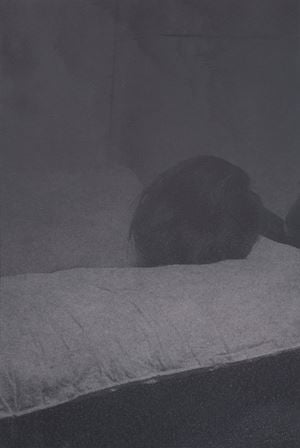 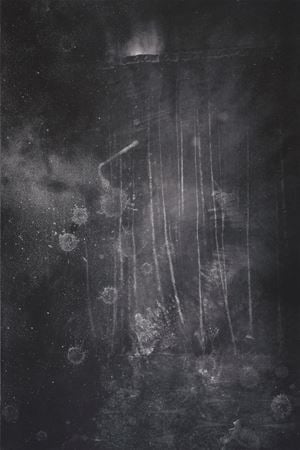 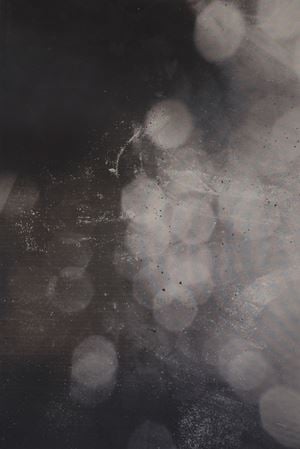 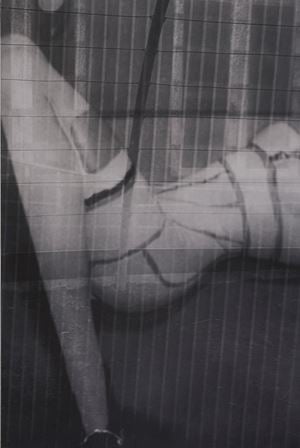 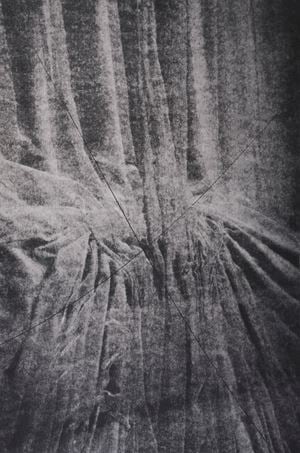 This loan word from German, which has no literal translation in English, means something like a desire to be far from home, to travel and explore new places. 'Fern-weh' translates literally as 'distance-pain'. It is the opposite of 'Heim-weh' or 'home-pain', i.e. homesickness.

As always, an exhibition by Dirk Braeckman is a snapshot in time, one that provides a view of the recent evolutions in his practice. He continues to build on his existing oeuvre and relies on experimentation to keep exploring the boundaries of photography. Inevitably, the exceptional circumstances of the past year have had an influence on his new work.

The absence of travel, the lack of spontaneous encounters and the longing for new places are clearly tangible. 'Being on the road' is an important part of life for him and as such is inextricably linked to his practice. Since life has, by necessity, played out indoors over the past few months, the locus of creation has also shifted from outside to inside, more specifically to the archive and the studio.

Braeckman's archive is an inexhaustible and disorderly source of images into which the negatives disappear for an indefinite time after the moment of shooting. This interval between the moment of shooting and the moment of selection is crucial: time separates the image from its original context and from the anecdotal nature of the moment. The ensuing distance is essential for the artist to be able to select the 'right' image, an image with which he can continue working in his studio. Rummaging through the archive became an alternative way of travelling, one which made him look at the old recordings through fresh eyes. Moreover, by re-photographing old images, he discovered the possibility of considering the archive as a world in itself and to use it as a basis for new recordings.

Dirk Braeckman also spent more time than usual in his studio, where experimentation remains as central as ever. To construct and rework his images, he makes use of everything within reach, in addition to the traditional chemicals. Digital techniques further expand the possibilities for experimentation. The trick is to keep the balance and not lose sight of the objective.

Like the title of the exhibition, Dirk Braeckman's images are in a sense also untranslatable. Although the subjects seem familiar – landscapes, interiors, human figures – his photographs are not documents that try to capture a certain reality. On the contrary, Braeckman's images refute the notion of photographs as evidence. By making the manipulation of the image visible but also by revealing its ambiguous nature, the artist emphasizes the lie of the image and exposes the multitude of possible interpretations. Braeckman's images raise questions, but offer no answers.

Last year Dirk Braeckman was invited to participate in the São Paulo Biennial, which will take place later this year. In 2020 the artist had a duo exhibition at KINDL in Berlin; and in 2019 both The Modern Art Museum of Fort Worth in Texas and the House of Art in Ceské Budejovice in the Czech Republic held solo presentations of his work. In 2017 Braeckman represented Belgium at the Venice Biennial. He has had other solo exhibitions at Museum M in Leuven, BOZAR in Brussels, Le Bal in Paris, S.M.A.K. in Ghent, Kunsthalle Erfurt, De Appel in Amsterdam, De Pont in Tilburg and many others. 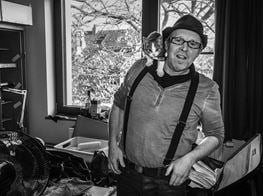 Dirk Braeckman reflects on his devotion to the darkroom and its mysteries. 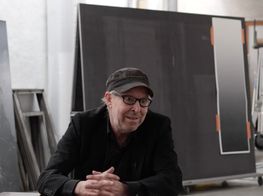 Sign up to be among the first to know when new exhibitions by Dirk Braeckman or at Zeno X Gallery open.
Sign Up