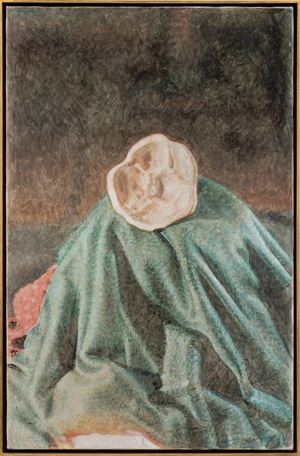 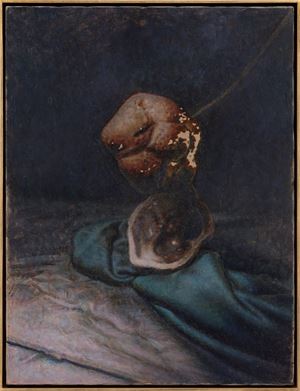 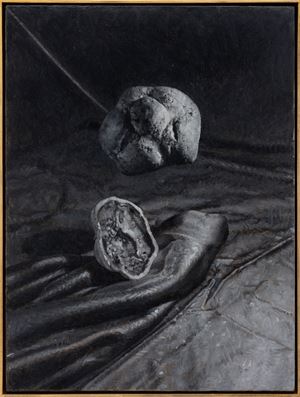 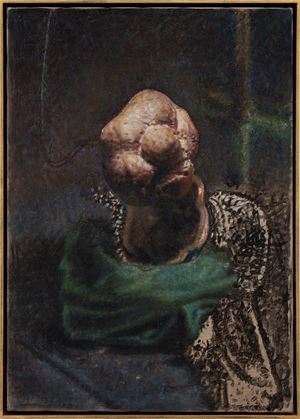 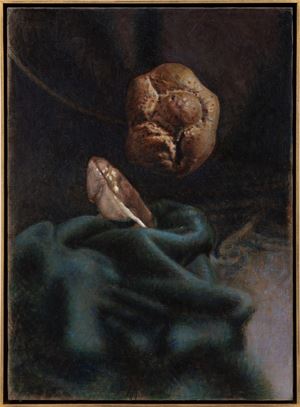 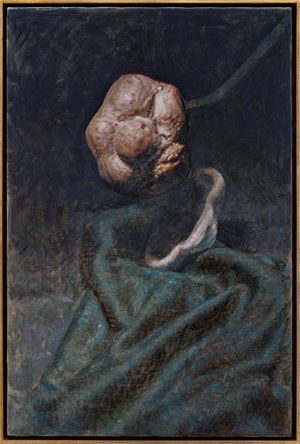 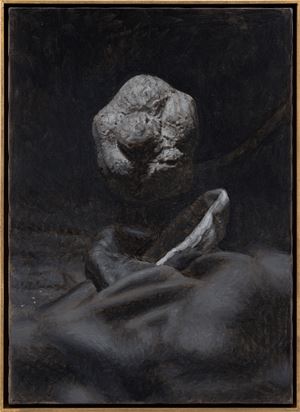 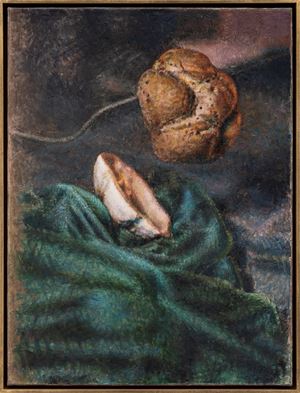 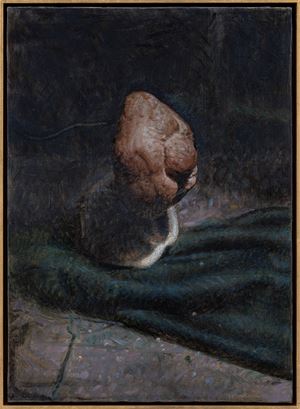 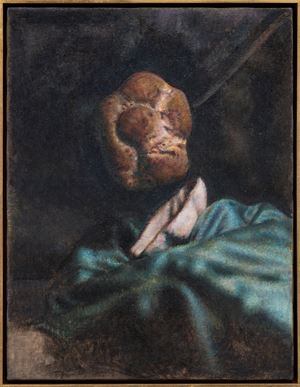 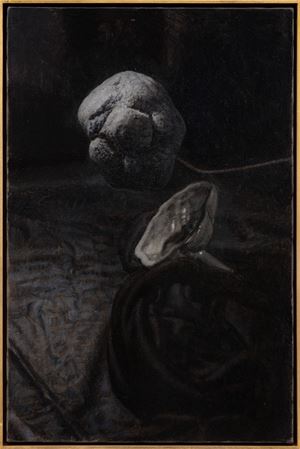 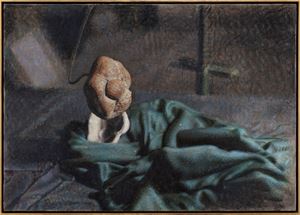 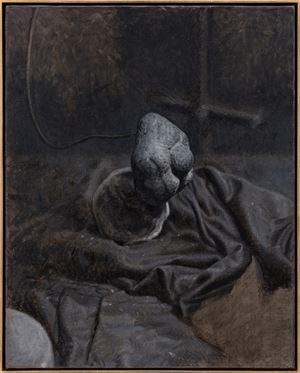 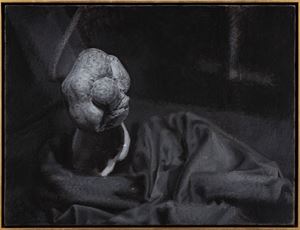 Zeno X Gallery is pleased to present The Argon Welder, the second solo exhibition of Pietro Roccasalva (b. 1970 in Modica).

Over the past 15 years, Pietro Roccasalva has pursued an ongoing process of experimentation involving a vast array of media with the sole purpose of questioning and challenging the language of painting. His formal and conceptual research reveals a highly distinctive idiom that combines personal visions with cultural references, the imaginary with the real, intertwining the traditional genres and techniques of painting with the most contemporary digital shifts.

This exhibition presents 14 paintings, each representing the same subject: a bread roll and a chalice. The reiteration of the same motif in the gallery space resembles the different stations of the journey that this image undertakes across the still-life genre, before trespassing into the portrait genre in the viewer's imagination.

Several years ago, Pietro Roccasalva built a set with these two objects as a model for paintings. The bread roll is a 'rosetta' (a small rose) or 'michetta' (a small crumb). This white, Italian bread is recognisable by its bulging shape, the same used by Piero Manzoni in his late series of 'Achromes', in which the bread rolls were dipped in kaolin. Roccasalva made the ceramic chalice from the cast of that bread, thus with the same form but as a negative, like a male element and a female element, the color of which also respectively evoke the sun and the moon.

Since then, Roccasalva has every so often painted this subject in different arrangements. In this new cycle of works, the two objects appear in a brand-new composition that reveals every single detail of the original set. The bread roll is fixed to an iron wire tied to a metal stand and suspended above the chalice, the latter resting on a cloth lying on a table. Roccasalva depicts the objects in alifelike manner to make them recognisable, nevertheless arranging them in compositions that erasetheir ordinariness and turn them into unusual figures. These still lifes, whose objects also recall the Eucharist, the most important still life in Western culture, at once become 'almost portraits'. Among the array of imagined characters populating Roccasalva's universe, the tiniest element, still capable of activating a visionary world, is a 'crumb', which turns into a bread roll and then into a chalice, their combination evoking biomorphic semblances. A crumb that 'puts on airs' through the rhetoric of painting.

Pietro Roccasalva has had solo exhibitions at Fürstenberg Contemporary, Donauschingen; the Power Station, Dallas; the Kölnischer Kunstverein, Cologne; Le Magasin, Grenoble; GAMeC, Bergamo; the Fondazione Querini Stampalia, Venice. His work has been shown in group exhibitions at, among others, the David Roberts Art Foundation, London; the Centre for Contemporary Art, Warsaw; MoMA PS1, New York; Bonniers Konsthall, Stockholm; the Museum of Contemporary Art, Chicago; MAXXI, Rome; the Kadist Art Foundation, Paris; S.M.A.K., Ghent. He was invited to participate in the Venice Biennial (2009), the Torino Triennial (2008), Manifesta 7 (2008) and the Prague Biennial (2007).

Sign up to be among the first to know when new exhibitions by Pietro Roccasalva or at Zeno X Gallery open.