In Antonio Cosentino's works, one finds a wealth of images distilled from everyday life, the depths of personal, memory, and the visual culture of the artist's city. While the shifting character of highbrow and low-brow art was being discussed in the 90's contemporary art milieus, Cosentino and his artist friends undertook, as it were, the archaeology of a gaze which brought subculture into question. It is from this period on that Cosentino's painting incorporated materials from the visual culture of our geography without letting one dominate the others: panels, signboards, wrappings and ceramic tiles. The artist's images embrace an expression that is dislocated and fragmentary, but also somehow holistic and repetitive, thereby breaking open a third window: a mnemonic space that is at once colourful and meditative... While his memory constantly operates like an archivist, the artist documents all sorts of written and visual data. Cosentino's mobile and ludic setup once again reminds us of the typical obliviousness of modernity, by suggesting concepts such as the fleetingness of megacities and urban architecture, the loss of human scale and localness, the superhuman speed and even consumption. 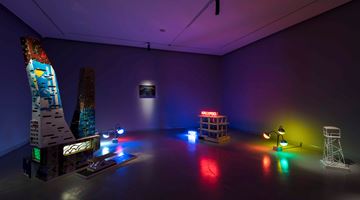 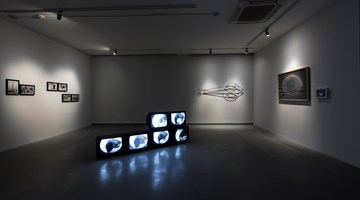 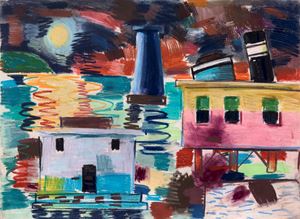 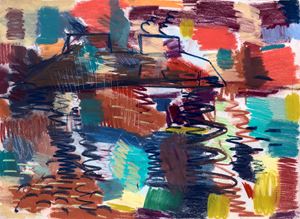 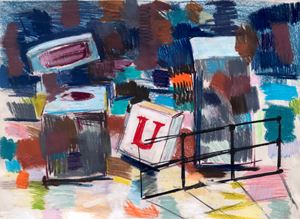 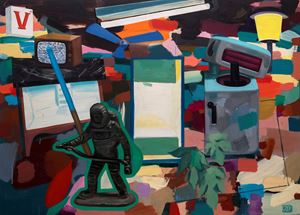 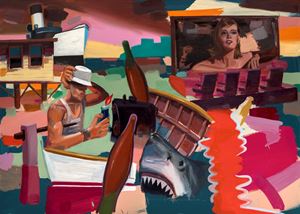 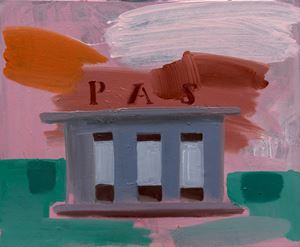 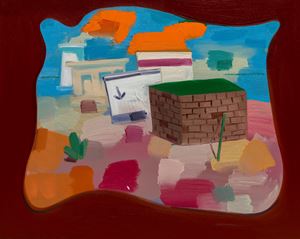 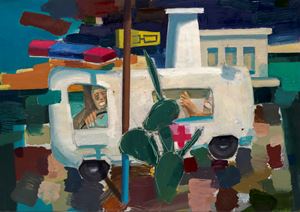