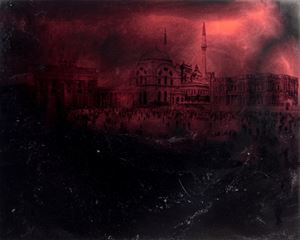 Manaf HalbouniDer Damaskus Platz from the series 'What If', 2020Paper on MDF board, epoxy resin
55 x 60 cm Zilberman Gallery Enquire 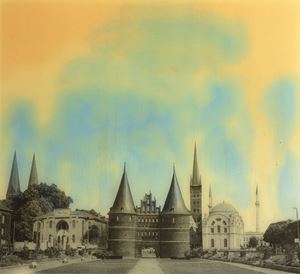 Manaf HalbouniDer Friedensplatz from the series 'What If', 2020Paper on MDF board, epoxy resin
55 x 60 cm Zilberman Gallery Enquire 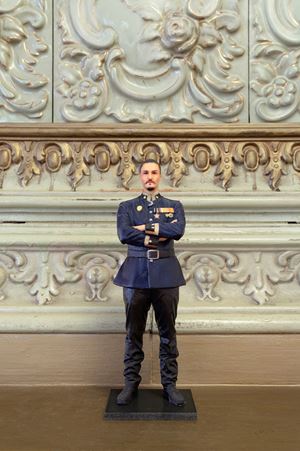 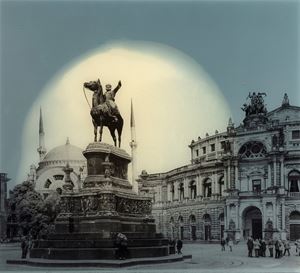 Manaf HalbouniGeneral Hadid Platz (1) from the series 'What If', 2020Paper on MDF board, epoxy resin
55 x 60 cm Zilberman Gallery Enquire 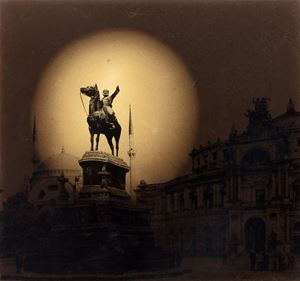 Manaf HalbouniGeneral Hadid Platz from the series 'What If', 2020Paper on MDF board, epoxy resin
37.5 x 40 cm Zilberman Gallery Enquire 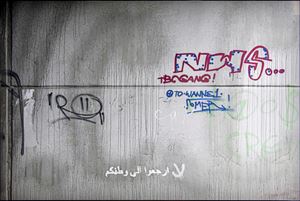 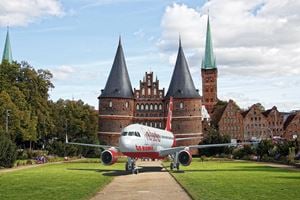 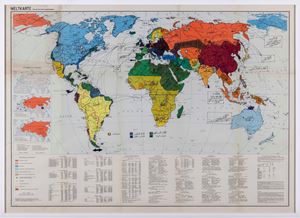 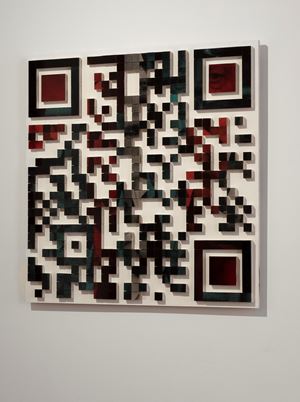 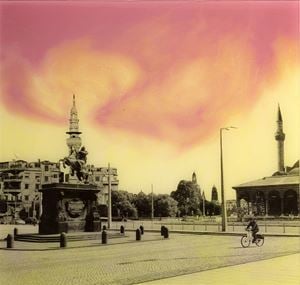 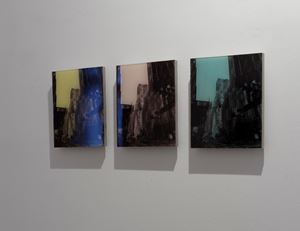 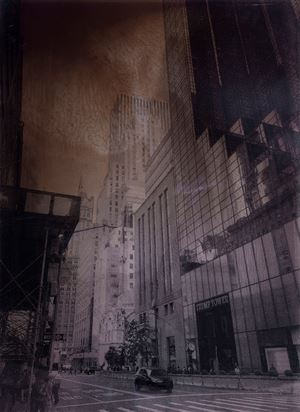 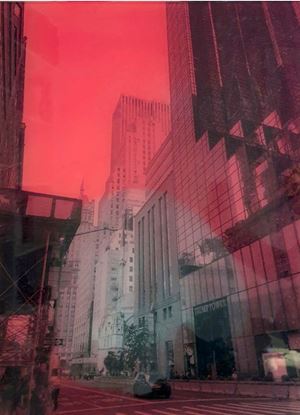 Zilberman | Berlin is delighted to announce the exhibition Level 3 by Manaf Halbouni. The opening will take place on December 5 from 12–9pm.

Ultur (2020) is the sly title of a wall sculpture, a signal-red neon sign, by Manaf Halbouni. The artist has replaced the first letter with the Arabic letter 'K': كULTUR, in doing so addressing the commonalities of different language regions and traditions while at the same time being deliberately provocative. The artist may have been inspired by the xenophobic demand "Go back to your country"( ),ارجعوا الى وطنكمwhich can be read in his work Go Home (2019). The statement was initially sprayed using a template near a refugee camp in Dresden, and Syrian refugees later turned into "Don't go back to your country" ( )لا ارجعوا الى وطنكمby adding a handwritten "no" ().لا

In his widely acclaimed public-space installation Monument, in which three upended buses were presented firstly in front of the Frauenkirche (Church of our Lady) in Dresden and then in front of the Brandenburg Gate in Berlin, Manaf Halbouni took a socio-critical look at the war in Syria, global conflicts, flight and migration. Other key Halbouni themes include colonialism and military violence, borders and rootlessness. Manaf Halbouni's works are often biographically motivated, as is the case with the exhibition title Level 3: after Damascus and Dresden, Berlin is now leading the artist to the third level, as it were.

Level 3 can also be understood as fiction, a space of opportunity in which the artist operates with his long-term, cross-media project What If, the exhibition's main focus. What if the Industrial Revolution had taken place in the Ottoman Empire and the Arabic world instead of in Europe, and the former had overcome Europe in the first half of the 20th century? In What If, Manaf Halbouni turns the course of history on its head in a mix of fiction, historical facts and present-day conflicts. In her contribution to the catalogue accompanying this exhibition, Marta Smolińska describes the artist Manaf Halbouni as a 'subversive cartographer' and, in addition to a video interview with Halbouni's alter ego General Youssef Hadid, the exhibition also shows revised cartographic material that presupposes the fictional situation that Arabic powers have conquered Europe. What If also includes collages of photographs of public squares in capital cities in the Western world. In these works, Ottoman mosques have been 'built into' the squares, which now bear names from the Arabic region: Pariser Platz (Paris Square) in Berlin has been renamed Damascus Square, for example. The different colours of the epoxy surface afford the cityscapes a sense of historical distance.

In his works, Halbouni addresses global developments in politics as well as shifts in power relations. A mosaic shaped like a QR code shows fragments of the faces of some of the world's most powerful politicians today. How the shape of the world can change is also discussed in one of the exhibition's main works, namely the radio installation Echoes in which Halbouni has gathered together the national anthems of 21 former states that existed between 1900 and 2000, e.g. the Hatay Republic, 1938–1939; the Katanga Republic, 1960–63; and also the Soviet Union, 1922 1991.

Concrete sculptures form a further series of works that were initially inspired by the sight of wartime destruction in Syria. The hard contrast of devotional objects framed in raw construction material causes pain, and conveys to the viewer the sensitivities of people affected by war.

Sign up to be among the first to know when new exhibitions by Manaf Halbouni or at Zilberman Gallery open.
Sign UpLogin