Through her pointed and deftly edited video installations, Candice Breitz looks at the stereotypes and visual conventions in film and popular culture. These videos often explore the relationship between the god-like presence of pop stars and actors, and their awestruck fans.

For her acclaimed two-part video installation Mother and Father (2005), Breitz extracted segments of mothers and fathers from Hollywood films such as Kramer vs Kramer, Mommie Dearest, and Postcards From the Edge. By isolating tiny episodes of dialogue, and presenting them as if there was a single narrative thread running through their performances, she transformed their behaviour into a chorus of parental breakdown. Breitz has also examined the status of pop stars in works such as Queen (A Portrait of Madonna) (2005), King (A Portrait of Michael Jackson) (2005) and Legend (A Portrait of Bob Marley) (2005). In these works, Breitz gathered fans by posting advertisements in newspapers and fan websites, and then they were asked to sing their way through a key album. Shot in screen-test mode and presented as a choral grid over a wall of TV screens, these installations are both compelling and toe-curlingly difficult to watch, affectionate glimpses into the power structures inherent in mass media and its passionate consumers.

Breitz’s interest in the alternating modes of desire and repulsion that shift between lovers, fans and celebrities is also present in Factum, which looks at the intensity of these forces between identical twins. Each Factum is presented as a diptych (and one triptych), with each twin or triplet beside his or her sibling, dressed almost identically and in the same setting. Through candid, often emotional responses, they reveal the strangeness, joys and difficulties of living one's life in parallel to someone who shares your exact genetic code. While the initial interview allowed each twin or triplet to tell his or her own story unencumbered by the presence of a sibling, Breitz complicates this relationship in the finished work by introducing the other twin as an interlocutor who offers a different perspective, with the artist also implicitly present as a third 'author' to the biographies. Through this format, Breitz underlines how any biography becomes a negotiation between various relationships, circumstances and desires - not to mention one's genetic heritage. 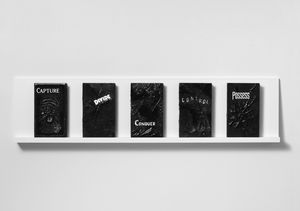 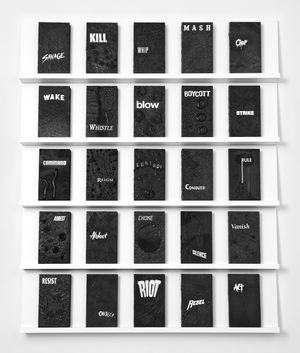 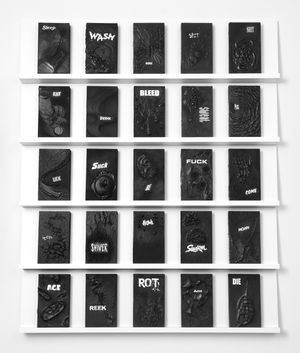 Candice BreitzI don’t know where I am, or who I am, or what I’m doing!, 1941–202025-channel video installation: 5 shelves, 25 videotapes in polypropylene sleeves, paper, acrylic paint
Goodman Gallery Contact Gallery 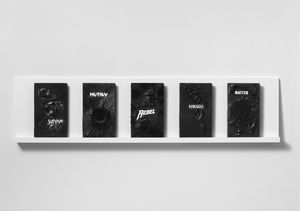 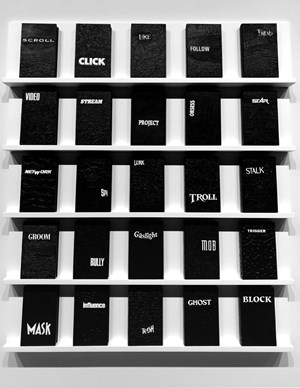 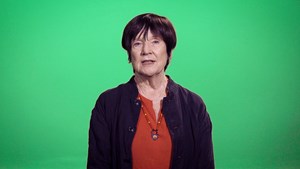 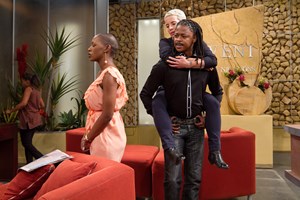 Doryun Chong is Chief Curator at M+, Hong Kong’s super museum for visual culture. Prior to joining M+, Chong was Associate Curator of Painting and Sculpture at the Museum of Modern Art (MoMA

Doryun Chong is Chief Curator at M+, Hong Kong’s super museum for visual culture. Prior to joining M+, Chong was Associate Curator of Painting and Sculpture at the Museum of Modern Art (MoMA

“Will there be a day when I wake up completely hollow and empty?” a child ponders. In one portion of Candice Breitz’s charged video installation The Woods, at the Peabody Essex Museum, six young Indians appear on six screens, each perched on a chair in a hotel room/film set, dropping big thoughts about life and the cinema....

Beijing is also playing host to an event that looks to create bridges of understanding through the fusion of cultures. An exhibition featuring German contemporary art has kicked off in the Chinese capital. What makes this exhibit special is that all the works selected and brought to China are by foreign artists living in Germany. Titled "Art...

Sign up to be notified when new artworks and exhibitions by Candice Breitz are added to Ocula.
Sign UpLogin