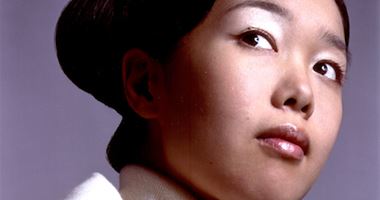 Working across performance, video, photography, and large-scale installation, Mariko Mori's artworks combine ideas and imagery from pop culture, religion, and technology in her exploration of the universal, the fantastic, and otherness.

Mori herself is the main protagonist in many of her early artworks from the 1990s, often portraying a cyborg or alien-like heroine in an urban environment. The performance Play with Me (1994), for example, involved the artist standing outside a toy store in Tokyo, wearing a long, twin-tail blue wig and futuristic armour—drawing parallels with manga characters in the advertisements on the shop window. Other works juxtapose the Japanese stereotypes of submissive women, such as the photograph Love Hotel (1994), which shows Mori on a circular bed wearing a schoolgirl's outfit, or Tea Ceremony (1995), a performance that saw her on the street offering tea to passers-by while dressed as an office worker.

In the mid-1990s, Mariko Mori began to incorporate religious iconography into her increasingly interactive work. The 3D film Nirvana (1996–1997) shows her as Kichijoten, the Japanese Buddhist goddess, surrounded by a band of animated musicians against a pale golden sky and a still body of water. Dream Temple (1999), an architectural installation inspired by the 8th-century Horuji monastery in Nara, provided a more immersive experience by inviting viewers to walk through a covered salt garden and into the building to watch an animated film inside. Members of the audience become even more active with Oneness (2003), a group of six alien sculptures that light up when the figures are hugged. The work conveys both the idea of accepting differences and the Buddhist notion of the interconnectedness of all things.

Mori's concern with spirituality developed into a study of ancient cultures in Rebirth, her solo exhibition at Japan Society in New York in 2013. Transcircle 1.1 (2004), a ring of LED-lit columns, for example, is inspired by the Celtic stone circles, while Flatstone (2006)—a configuration of ceramic stones and an acrylic vase on the floor—derives from a Jōmon temple in Japan. In an interview with Ocula Magazine in 2014, the artist recalled that she was driven by her search for shared values in prehistoric cultures: 'I wanted to discover an idea, which is more universal, not only in Japan or Asia ... It's before religion. It's before difference.'

Other recurring preoccupations in Mori's work are interplanetary space and the cycle of life, death, and rebirth. In her solo exhibition Invisible Dimension at Sean Kelly, New York, in 2018, she included sculptures inspired by astrophysical theories, such as Ekpyrotic String VI (2016–2017). The white fibreglass and stainless steel sculpture, with its infinite rings and curves reminiscent of the Möbius strip, reflects the ekpyrotic model that describes the universe as unfolding in a never-ending cosmic cycle.

Mariko Mori's works are collected by international art institutions such as the Los Angeles County Museum of Art and The Museum of Modern Art, New York. Mori has exhibited in major art biennials, among them the Singapore Biennale (2006); Venice Biennale (2005, 1997); Biennale of Sydney (2000); Shanghai Biennale (2000); and the São Paulo Biennial (2002).

View All (7)
Related Press Mariko Mori scales up her metaphysical art with the latest fabrication technology 23 April 2018, The Architect's Newspaper

New York-based artist Mariko Mori's nearly 30-year career has been defined by her futuristic, alien aesthetic. Her sculptures and spaces investigate our minds and the universe around us—seen and unse

Mariko Mori, unafraid to shed the skins of her past, has made a career from surprising contemporary art audiences around the world through a process of constant renewal in her work. But as it turns ou

Women sweep the gold this year, with Mariko Mori and Adriana Varejão both introducing two stunning, large-scale installations. Incidentally, both also center on water. Over five years in the making, Mori’s Ring: One with Nature  sets a luminous acrylic ring at the peak of the 190-foot-tall Véu da Noiva waterfall in Cunhambebe State...

For all the heartwarming – occasionally bone-shattering – excitement that the Rio Olympics has already delivered, the events's legacy is destined to be remembered as much for by the seedy realities of doping, corruption and social tumult as the momentary, borderless merging of culture and race (an especially worthwhile sentiment...

Sign up to be notified when new artworks and exhibitions by Mariko Mori are added to Ocula.
Sign UpLogin