LogoutLogin
My OculaSign Up
HomePage Artists
Yoon Suk One
Follow

Often beginning with photographs, Yoon Suk One expands the boundaries of still life and landscape paintings by exerting his private observations, sentiments, and memories onto the canvas.

Yoon Suk One studied at Konkuk University, Seoul, where he received a BFA in 2009 and an MFA in 2012. His ongoing interest in memory can be seen in his early paintings from 2012 with titles such as White Memory, Causeless Amnesia, or Anchored Memory, in which horizontal brushstrokes blur the outlines of images to create impressions of movement and slippages in time.

In a series of three solo exhibitions between 2013 and 2016, Yoon Suk One considered the different yet intersecting notions of the past and present, memory and document, and the individual and society. The first in the series—Deferred Things, at Hwabong Gallery, Seoul (2013)—presented paintings based on photographs from the artist's travels. Rendered mostly in black and white or another monochrome with an out-of-focus effect in a manner reminiscent of old film stills, works such as Museum and Chandelier (both 2012) reflect the transience of past memories.

The remaining two exhibitions of the trilogy traversed Yoon's experiences and social conflicts. Growing Things at Cheongju Art Studio (2014) focused on incidents from his everyday life, while Things Not Seen at Gallery Baton, Seoul (2016), returned to the past to draw inspiration from historical events or memories that the artist could not recall well. Using images from his personal archive, Yoon examined the trajectory of his shifting emotions and interpretation of events.

Yoon approaches the notion of the surface as an expression of condensed sentiments. In SURFACE—a two-person exhibition at Gallery Baton (2014) alongside Bae Min Young—he showed paintings based on statues from various periods and places, paying close attention to the traces of erosion, weathering, natural disaster, and other remnants of time left behind on their surface.

In 2017, Yoon began the 'Dry Plants' series, which records ornamental flowers and foliage in their withering forms. Writing for his blog in 2019, the artist reflected that the work contemplates the symbiotic relationship between organisms—especially the way they draw from one another to survive—through depictions of plants' last moments or the period after they become perceived as past their prime.

Yoon continued his exploration of surface in Enfolding Landscape: a solo exhibition at Gallery Baton (2020). In the new paintings Cloud and Turquoise, among others, he pushed the paint brush in vertical and horizontal direction against the canvas to accentuate his blurring effect. Embedded in the resulting works is an intensely private and sophisticated subjectivity, captured by the artist's masterful technique.

Yoon Suk One solo exhibitions include:

Yoon Suk One group exhibitions include: 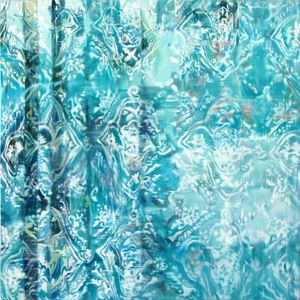 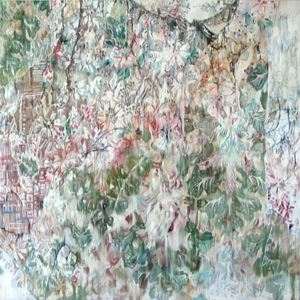 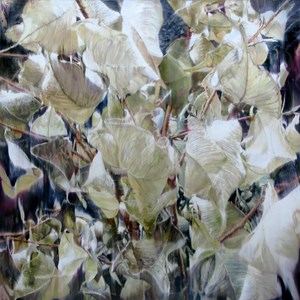 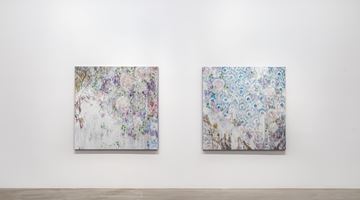 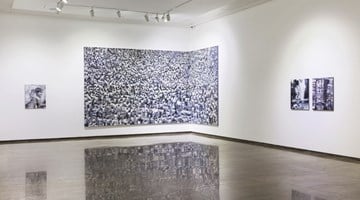 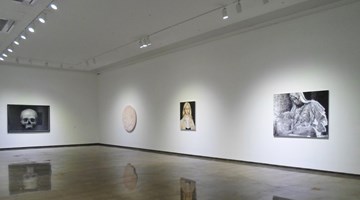 Yoon Suk One Represented By 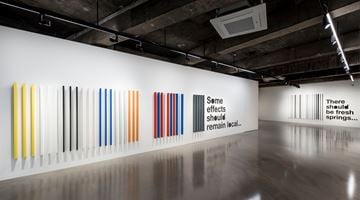 Yoon Suk One In Related Press 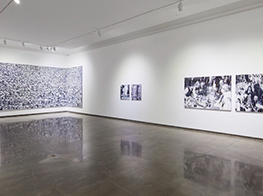 Yoon Suk One’s new body of work is showcased at Seoul's Gallery Baton in a solo exhibition entitled Things Not Seen, which runs through August 20.

Be among the first to know when new artworks and exhibitions by Yoon Suk One are added to Ocula.
Sign Up