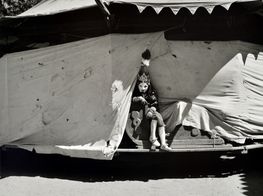 Scottish documentarian Craig Easton was announced World Photographer of the Year 2021 in a video released online today. In January, the decision was made to cancel the in-person award ceremony in London due to the pandemic.

Run by the World Photography Organisation (WPO), the Sony World Photography Awards are in their 14th year. More than 330,000 images were entered across 10 categories in four different competition classes: Professional, Open, Student, and Youth.

Easton's series Bank Top is a collaboration with writer and academic Abdul Aziz Hafiz that focuses on segragation and misrepresentation in Blackburn, northern England.

On accepting the award, Iturbide stated, 'I am delighted and honored to receive this award. This kind of acknowledgement is a great incentive to continue working'.

Known for her documentary photographs of indigenous peoples across Mexico, Graciela Iturbide's work over the past five-decades documents a broad spectrum of everyday life and culture in Mexico and beyond.

In the 1970s, she was part of a movement of Latin American artists who sought to define their country's visual identity–something previously done through the lenses of foreign photographers. In 1978 she took an influential commission from the Ethnographic Archive of the National Indigenous Institute of Mexico to travel across Mexico living with and photographing indigenous peoples. This guided her broader interest in the culture and people of her country and the poetry of everyday life.

Among her most iconic pictures to be included are Nuestra Señora de las Iguanas (Our Lady of the Iguanas) and Mujer ángel (Angel Woman) (both 1979). One presents a Zapotec woman carrying live iguanas on her head like a crown in an image of power and dignified grace; the other, a Seri woman with a stereo heading into the scrubby plains of the Sonoran desert. 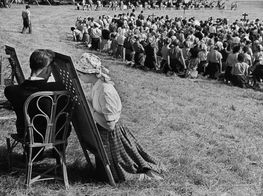 Marc Riboud (1923–2016) took his first photograph at the age of 14 when his father gave him a Kodak Vest-Pocket camera as a present. Afterwards, this young mechanical engineer working in a factory in Lyon was so affected after a single week of 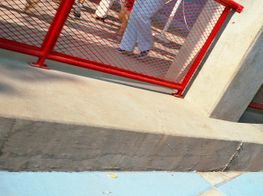 William Eggleston is an American photographer famous for his pioneering use of colour at a time when black and white was the dominant method. His low-keyed images of ordinary household objects found inside or out within everyday settings have 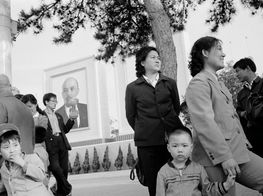 Martin Parr is a British photographer whose insightful images of an array of fairly everyday human behaviour demonstrates an anthropological approach blended with a penchant for humour and satire. His work considers class, consumerism and 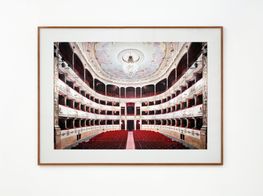 Candida Höfer is a contemporary German photographer known for her large colour photographs of interior spaces. The photographs focus on symmetry, the architecture's sense of scale, and proportion. Höfer studied at the Kunstakademie Düsseldorf from