'The art world is playing diversity catch up and we must keep their feet to the fire on their promises,' commented artist activists Guerrilla Girls.

The plan aims to improve gender equity in the gallery's collection following a 2019 report that found only a quarter of NGA's Australian art collection and a third of its Aboriginal and Torres Strait Islander art collection was created by women artists. The stats were little better in the years leading up to the report, with just 27% of works acquired from 2014 to 2018 made by women artists.

'Ensuring that all people regardless of gender have the opportunity to reach their full potential is central to the National Gallery's vision,' said the Action Plan's lead, Natasha Bullock.

The 40:40:20 model comes from the corporate world, with Australia's Hesta fund calling for the same ratio in executive leadership across Australia's largest companies by 2030.

'Applying a 40:40:20 approach is inclusive of those identifying outside of the gender binary,' Bullock said. 'The 20% may be comprised of people of any gender, including nonbinary, gender-diverse, cis and trans women, cis and trans men, and those who wish to not identify.'

'We know, and research proves, that targets are critical to engendering structural change,' she said.

The Guerrilla Girls famously shone a spotlight on the art world's gender inequities in 1989 when they created posters stating that 'less than 5% of the artists in the Modern Art Sections [of the Metropolitan Museum of Art] are women, but 85% of the nudes are female.'

'We're not statisticians, so we don't have more recent stats on the Met,' Guerrilla Girls told Ocula Magazine. 'Our work is to provoke everyone to count, including curators, critics and collectors everywhere.'

Research by Artnet News found that between 2008 and 2018, only 11 percent of art entering the permanent collections of America's top museums was by women. Of the $200 billion spent on art at international auctions over a similar period, just 2% went to works by women.

Regarding the NGA's approach, Guerrilla Girls said, 'While we have never aligned ourselves with exact quotas, we do advocate that museum collections must look like the community they say they represent and not just the collecting habits of their wealthy donors. If a museum sets a goal for diversity we all must make certain the museum lives up to it.'

'The art world is playing diversity catch up and we must keep their feet to the fire on their promises,' they said.

NGA says it reached gender equity in its acquisitions by both number and value in the 2020–2021 financial year.

They also introduced the 'Know My Name' initiative in 2019 to raise the profiles of female artists in Australia. So far the project has featured over 480 artists, 13 exhibitions, and the Know My Name Virtual Conference, which took place from 10 to 13 November 2020. Its Wikipedia edit-a-thons have added 115 new pages on Australia's women artists as well as edits to 431 existing articles.

The initiative took inspiration from the US National Museum of Women in the Arts' #5WomenArtists campaign, which has asked 'can you name five women artists?' on social media during Women's History Month each March since 2016.

'In the end, our long term hope is that we don't have to be having these conversations and that everyone, regardless of gender, has access to equal representation and opportunity,' Bullock said. 'In the end, equality will hopefully lead to justice.' —[O] 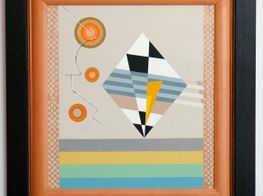 Born in 1966, Australian artist Diena Georgetti has been exhibiting regularly since 1986. Georgetti’s paintings may at first glance appear abstract but at their core is a personal element which Georgetti strives to communicate to both herself 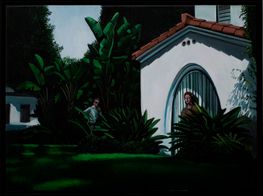 Anne Wallace was born in Brisbane in 1970 where she currently lives and works. Wallace’s paintings portray scenes of faint familiarity. These are representative of emotions or experiences the artist wishes to communicate to the audience. 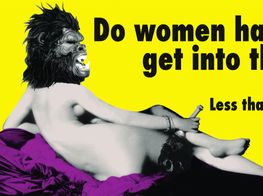 Gorilla masks, bold letters, pink and yellow, and statistics all arranged into text-based posters, billboards, and other public appearances are the markers of artworks by the Guerrilla Girls, an organisation of female activist-artists who combine