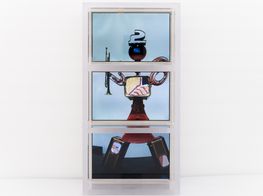 Chinese New media art pioneer Hu Jieming will star in the Spotlight section of the seventh Photofairs Shanghai. The fair returns to the Shanghai Exhibition Center from 3 to 6 November (postponed from its original dates of 23 to 26 September).

Hu will present a series of photographs called The Things 2020 (2020), which first showed at Beijing's Magician Space in March.

The works are a mixture of interiors, exteriors, and still lifes shot on film and then digitally manipulated to exaggerate just one or two highly saturated hues. They're a product of lockdown when the Shanghai-based artist was forced to turn his attention to things around him that he previously ignored.

Hangzhou-based artist Cao Shu will also feature prominently at Photofairs Shanghai. He received the fair's Exposure Award, which allows the winner to present a work that pushes the boundaries of photography.

His Roam Simulator (2021) is a video game that takes the player into an abandoned Chinese desert town. Players can interact with the world using four buttons — birth, wake, fall, and recall. Pressing the 'recall' button brings up photographs of people shot in similar environs. 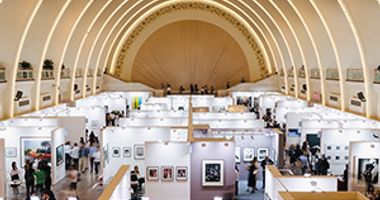 Ocula FeaturePHOTOFAIRS | Shanghai: An art fair with a focusRead More

'Cao Shu uses new media technology and games as a medium to explore people's living conditions, history and memory, emotions and dreams,' said Cao Dan, one of the judges of the award.

Hu and Cao will share the limelight with model Cici Xiang, who was appointed the official ambassador for this year's fair. Xiang has previously worked with luxury fashion brands such as Prada and Dior.

Booths will be divided into the Main and SOLO sections, with galleries in SOLO each devoting their booth to a single artist.

There are five new galleries joining the fair this year, all from China. They are: Magician Space and Visible Gallery, Beijing; Maypark Gallery, Chengdu; WEST GALLERY, Lanzhou; and X Contemporary Art, Changsha.

International galleries unable to attend the fair in person can participate through the film programme Screen, which can be viewed on the Centre for Experimental Film's website, and the digital programme On View, which can be accessed using a WeChat Mini Program.

'We are delighted to be returning to Shanghai with a renewed sense of energy and purpose,' said Georgia Griffiths, the director of PHOTOFAIRS. —[O]