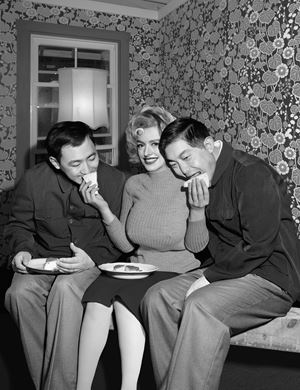 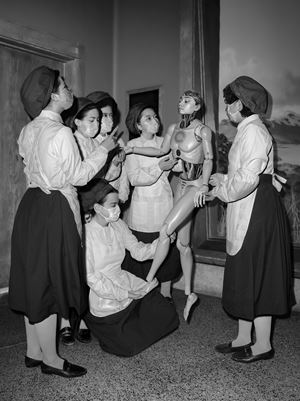 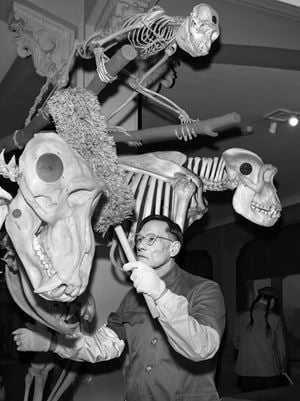 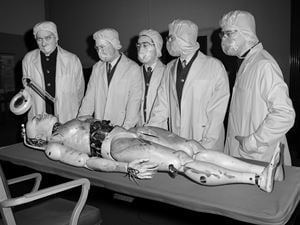 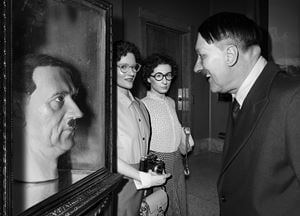 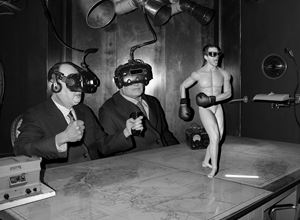 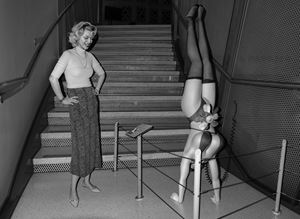 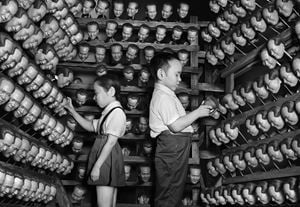 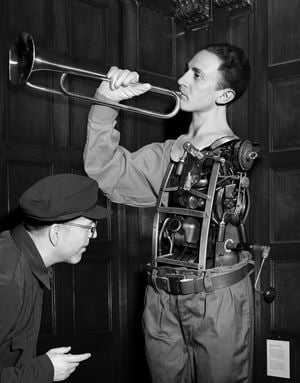 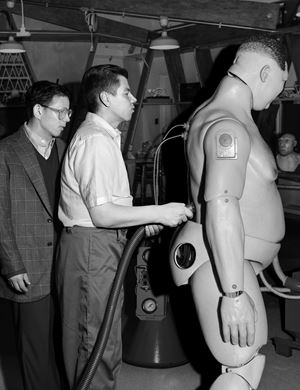 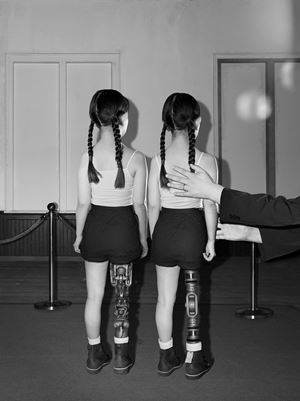 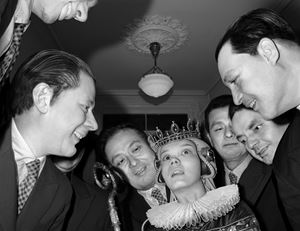 After the 'Artificial Theater' series, in which the artist composed hybrid busts of real and fictitious men and women, Zhang Wei presents his new series of black and white photographs entitled 'Puppet Archive' for the first time in France. The series has just been exhibited at the Xie Zilong Photography Museum (XPM) located in Changsha, Hunan Province in China.

In the manner of a 'digital exquisite corpse', Zhang Wei photographs and collects details of Asian faces and combines them to create 'meta-images'. By sliding material and mental images together with superposition, transparency and fusion in a digital way, the artist wishes to question the veracity of photography's documentary function. He proposes a different vision of our reality, a different writing of the History of humanity.

By getting as close as possible to the faces of both historical and living personalities who have evolved in the fields of politics, science, finance, popular culture and art history, Zhang Wei takes our regard into a creative space where characters are put on the stage. These characters oscillate between illusion and disillusion, between humanity and transhumanism, between complexion and robotisation.

By using archival material from historical documents, film tapes, old paintings, photographic documentaries and the Internet, Zhang Wei challenges our visual perception of History. Has the one we are told since childhood really existed ? The artist brings the observer into a new spatio-temporal scale, in the manner of a mandela effect.

In the modern world, people's sense of identity is formed by the image conveyed by the mass media and advertising according to the artist. Our own value judgments would be measured against the (fictional) vision of artists, leaders and heroes promoted by a consumer-oriented society. Didn't Friedrich Nietzsche see in art the necessary illusion to bear the tragic weight of existence? Who are we really? Zhang Wei then invites us to open the doors of his theatre of illusions.

Sign up to be among the first to know when new exhibitions by Zhang Wei or at A2Z Art Gallery open.