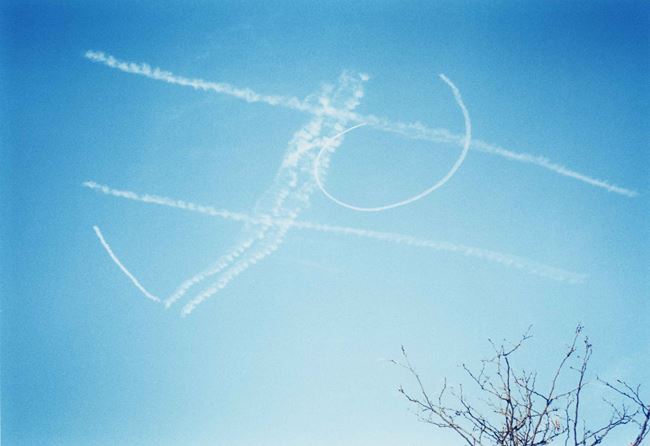 Type C print (Analogue Photo Print from Film), edition of 5 + 2AP
70 x 103 cm
27 9/16 x 40 9/16 inches
77 x 110 cm (incl frame)
30 5/16 x 43 5/16 inches (incl frame)
'There is an interesting story behind this photo work: When I used to live in Queens, New York in 2000, I took this photo at my neighbourhood near Laguardia airport . I just found a beautiful abstract cloud/smoke from small air plane, so I took this, but laterI knew Yoko Ono made a skywriting work at same day at Manhattan New York! So what I took can be some left over smoke of Yoko Ono! I think the airplane tried to throw away unused smoke before landing. 'The sky after Yoko Ono'!' –Shimabuku Courtesy Galerie Barbara Wien, Berlin.

Be among the first to know when new artworks and exhibitions at Barbara Wien are added to Ocula.
Sign Up Login