Barbara Kruger was born in 1945 in Newark, New Jersey and studied at Syracuse University and Parsons School of Design, New York. In 1966, she began working for Condé Nast in the design department at Mademoiselle, where she honed her fluencies with pictures and words. In the pursuant decade, Kruger worked as a freelance picture editor and graphic designer for magazines and books. The artist’s work was first exhibited in the Whitney Biennial in 1973, and the following year she had a solo exhibition at Artists Space, New York. Subsequent solo shows were held at P.S.1 Contemporary Art Center, Long Island City, New York (1980–1981), the Institute of Contemporary Arts, London (1983), Gagosian Gallery, Los Angeles (1982), Rhona Hoffman Gallery, Chicago (1984), and Mary Boone Gallery, beginning in 1987, among other venues. In 1985, her work was featured in a solo presentation at Monika Sprüth Galerie, Cologne, and was shortly thereafter included in the first of the gallery’s influential series of Eau de Cologne exhibitions featuring emerging contemporary female artists. Kruger went on to have a number of significant solo shows at Sprüth Magers, most recently Barbara Kruger: Forever in 2017–2018 at the gallery’s Berlin location.

Kruger has created a number of public installations, which have appeared in museums, municipal buildings, train stations, and parks, as well as on buses and billboards. Site-specific projects by the artist include installations for the Public Art Fund, New York (1989, 1991, 1997, and 2000); Whitney Museum of American Art, New York (1990 and 2010); The Los Angeles County Museum of Art (2008); Art Gallery of Ontario, Toronto (2010); Hirshhorn Museum and Sculpture Garden, Washington, DC (2012); The Hammer Museum, Los Angeles (2014); Vancouver Art Gallery (2016); Metro Bellas Artes, Mexico City (2016); and The Museum of Contemporary Art, Los Angeles (2018), among others.

In 2005, Kruger was awarded the Golden Lion for Lifetime Achievement at the Venice Biennale, where she was also commissioned to design the facade of Italy’s national pavilion. In 2019, the artist was awarded the Kaiserring (or 'Emperor’s Ring') prize from the city of Goslar, in Germany, and currently has a solo exhibition in conjunction with this honour at the Mönchehaus Museum Goslar, on view through January 26, 2020. 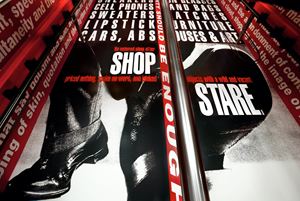 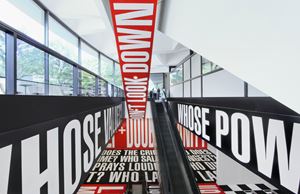 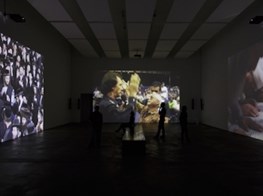 LOS ANGELES — Art is humanity's attempt to articulate life's intangible experiences. That idea is reflected in the title of Unspeakable, a new exhibition at UCLA's Hammer Museum. Museum director Ann Philbin and chief curator Connie Butler have created a trilogy of video installations from the Hammer Contemporary Collection, each projected... 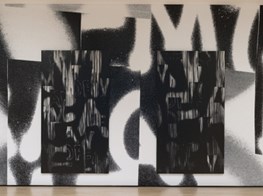 Related Press Books, Wefts, and Black Lives Matter at the Baltimore Museum of Art 27 May 2017, Hyperallergic

Like the Baltimore Museum of Art's books, Louise B. Wheatley's textiles and Pendelton's mixed-media ventures pack a punch (actually, hers is more of a lingering touch). With her, you don't see it coming; with him, you can feel the vibrations down the block. Her mists/his missiles, resounding, both. 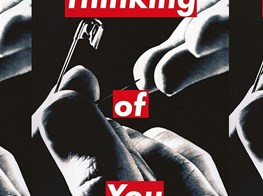 Barbara Kruger’s art hits you like a punch to the jaw. You’ve seen her work, even if you’ve never been to one of her shows – photography overlaid with coloured boxes filled with bold white Futura Oblique, or caps locked sans serif text that bears down at you from gallery walls and the sides and roofs of buildings. It’s... 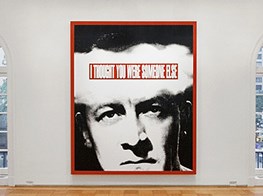 A new initiative at the Garage Museum of Contemporary Art in Moscow aims to make the institution more hospitable to disabled visitors ( Co-thinkers, 7 June-9 September). The programme is uncharted territory for Russia, where disabled people have historically lacked equal access to cultural institutions and disabled children have been shut out of...