Borremans’s work has been the subject of solo exhibitions at a number of prominent institutions. Most recently, Michaël Borremans: Fixture, was presented at the Centro de Arte Contemporáneo de Málaga in 2015-2016. A major museum survey, Michaël Borremans: As sweet as it gets, which included one hundred works from the past two decades, was on view at the Palais des Beaux-Arts in Brussels in 2014. The exhibition traveled later in the year to the Tel Aviv Museum of Art, followed by the Dallas Museum of Art in 2015. Michaël Borremans: The Advantage, the artist’s first museum solo show in Japan, was also on view in 2014 at the Hara Museum of Contemporary Art, Tokyo.

In 2011, Michaël Borremans: Eating the Beard, a comprehensive solo show was presented at the Württembergischer Kunstverein Stuttgart, and traveled to the Műcsarnok Kunsthalle, Budapest and the Kunsthalle Helsinki. In 2010, he had a solo exhibition at the Kunstnernes Hus in Oslo, as well as commissioned work on view at the Royal Palace in Brussels. Other venues which have hosted solo exhibitions include the kestnergesellschaft, Hanover, 2009; de Appel Arts Centre, Amsterdam, 2007; Stedelijk Museum voor Actuele Kunst (S.M.A.K.), Ghent, 2005; traveled to Parasol unit foundation for contemporary art, London; and the Royal Hibernian Academy, Dublin; Cleveland Museum of Art, Ohio, 2005; Kunsthalle Bremerhaven, Germany, 2004; and Museum für Gegenwartskunst, Basel, both 2004. 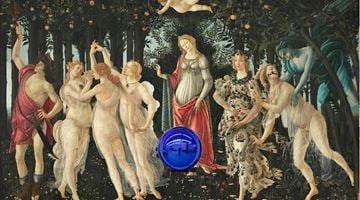 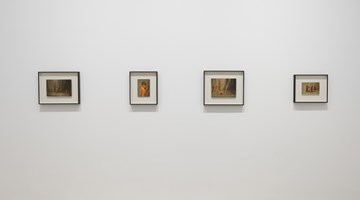 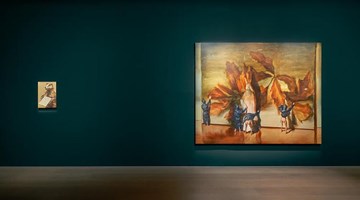 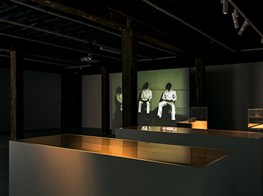 Embarking on a career as a painter relatively late, at the age of 33, Belgian artist Michaël Borremans initially trained as a draughtsman and engraver at Saint Lucas in Ghent. On the occasion of his inaugural exhibition Michaël Borremans: Fire from the Sun at the new David Zwirner space in Hong Kong (27 January–9 March 2018), I spoke... 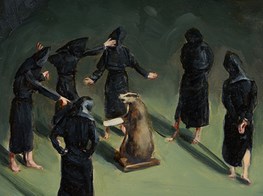 Michaël Borremans is a Belgian artist whose oeuvre is as mesmerising as it is mysterious, and as a human being, as delusional as geniuses get. Sitting down with Art Republik, Borremans tell us that he has a country studio especially for guests, equipped with a wood-fired sauna, and a bathroom, which he proudly designed himself, made of marble and... 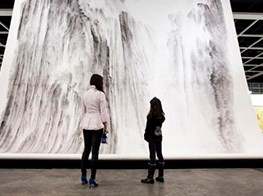 This year’s fair features 239 galleries from 35 countries, and presents modern and contemporary art in a full range of media. Although nearly half of the exhibitors are Asia-based galleries, a full 38 galleries in the 2016 edition of the fair are from New York, and in fact four of those galleries—Gagosian Gallery, Lehmann Maupin, Pace... 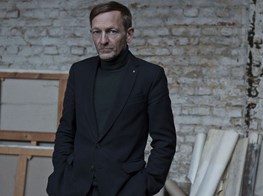 ‘It has to do with my character, I think, to be charming and irritating at the same time,’ quips Michaël Borremans not long after we sit down in his Ghent studio. ‘I’m very good at that, and it reflects in my work. You cannot place it, you cannot catalogue it, you cannot define it, and otherwise it looks very... 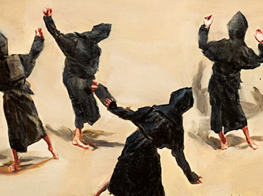 The gallery is dark as a church at dusk. The sepulchral gloom is lifted only by a series of small windows pierced into the walls, behind each of which hangs a spotlit painting. At a distance, these look like tiny icons, or medieval panels, and sure enough the figures depicted might be monks or penitents in their black robes and hoods. But come...