David Shrigley is a celebrated contemporary artist working in a distinctive style of drawing that blends iconoclastic images of people, animals and still-life compositions with witty observations about the world. Alongside his illustrative works, Shrigley creates large-scale installations and sculptures, publishes books, and works in other multi-disciplinary media. His work has been exhibited worldwide, including solo exhibitions at Stephen Friedman Gallery in London, Anton Kern Gallery in New York, the Statens Museum for Kunst in Copenhagen, Yvon Lambert in Paris, and the UCLA Hammer Museum in Los Angeles, among many others.

Born in Macclesfield in the United Kingdom, Shrigley graduated with a BFA from the Glasgow School of Art in 1991. The artist is the recipient of several honours, and was notably nominated for the Turner Prize in 2013. He was commissioned to create a new public sculpture for the 'Fourth Plinth' in Trafalgar Square in London for 2016. His work can be found in the public collections of major institutions around the world, including The Museum of Modern Art in New York, the Art Institute of Chicago, Museum Ludwig in Cologne, and the Tate in London. 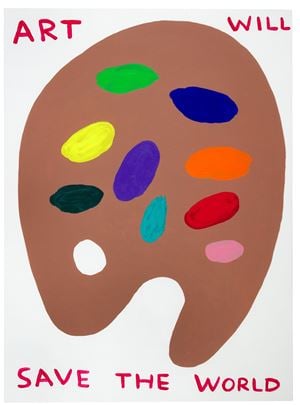 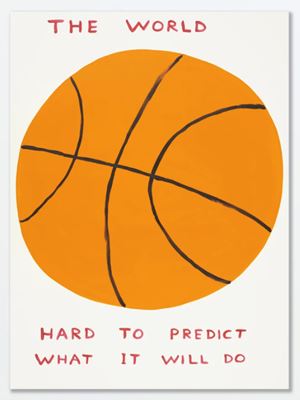 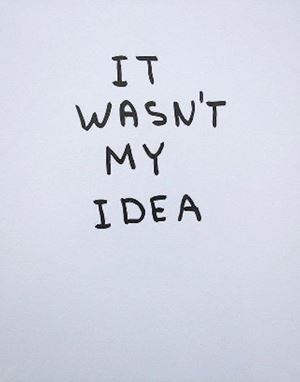 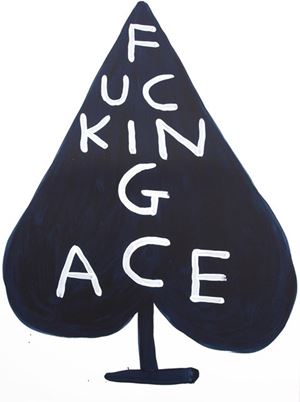 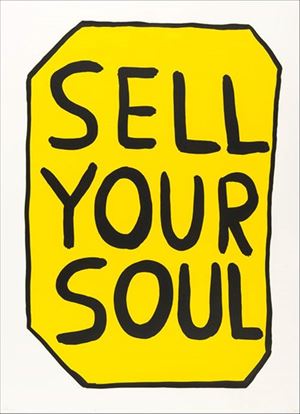 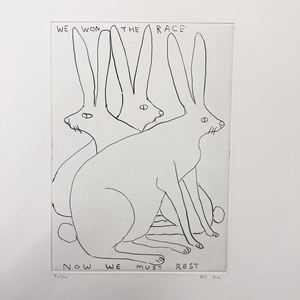