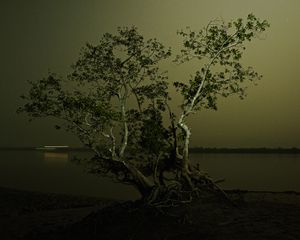 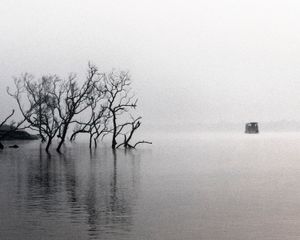 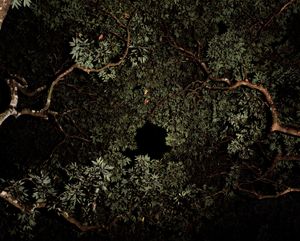 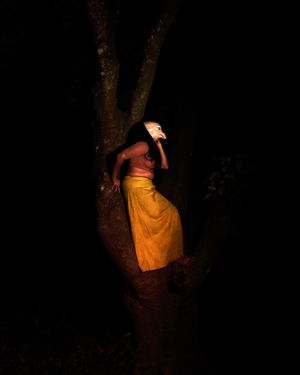 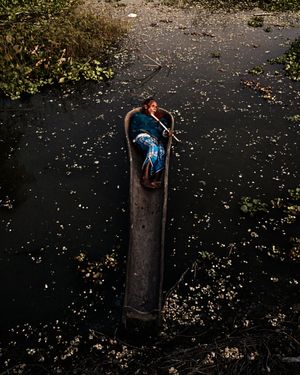 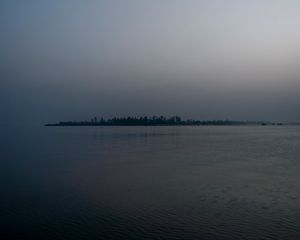 Experimenter presents Where the Birds Never Sing, (2017-2020), Soumya Sankar Bose's second solo at the gallery. The exhibition brings together Bose's long-term project on the Marichjhapi massacre, the forcible eviction in 1979, of Bengali lower caste refugees from Marichjhapi Island in Sundarbans, West Bengal, India, and the subsequent death of thousands by police gunfire, starvation, and disease.

Employing re-enacted memories, in-depth research, interviews and oral histories of survivors in his photographs, Bose weaves an intricate mesh of fact and fiction bringing to light several perspectives of the same narrative, forming a cryptic framework of this problematic history facing slow erasure from collective memory. Through his body of work, Bose touches upon complex political and social histories, caste hierarchies, contested rights to citizenship, police atrocities and refugee violence—concerns that continue to confront the sub-continent.

After the partition of Bengal in 1947, Bengalis who fled East Pakistan were aggressively sent to the infertile, inhospitable lands of central India. In 1977, the Left Front government was elected with the promise of resettling refugees in the state and they were subsequently moved to the island of Marichjhapi in the deltaic lands of West Bengal. But the government reneged on its promise, fearing that an influx of refugees might jeopardise the prospects of the state's economic recovery, and began forcibly sending them back to central India. Survivors claim that on the morning of 31 January 1979, when some women tried to row their boats to the neighbouring island to fetch drinking water, food grains and medicines, the police rammed their motorboats into the dinghies and drowned them. People who took their boats into the river to save the drowning women were fired upon by the police. That night the police and local political goons forcefully entered the island and indiscriminately fired upon the refugees. With no official documentation or written records, it is impossible to accurately define the impact on the people who survived and the thousands who perished during the exodus from central Indian camps to the settlement in Marichjhapi, and the eventual police eviction drive sending them back to the camps. Where the Birds Never Sing attempts to piece together a forgotten narrative revisited through a nuanced practice based on Bose's long-term engagement with the disenfranchised inhabitants of Marichjhapi.

Soumya Sankar Bose (b. 1990). Lives and works in Kolkata. Bose holds a diploma in photography from Pathshala South Asian Media Institute, Dhaka. Bose was awarded the 2020 Foundation for Indian Contemporary Art's Amol Vadehra Art Grant; His photobook Where the Birds Never Sing was shortlisted for the Paris Photo–Aperture Foundation PhotoBook Awards. Bose was part of World Press Photo's Joop Swart Masterclass, 2019. In 2018, Bose was awarded Magnum Foundation's Migration and Religion Grant preceded by Magnum Foundation's Photography and Social Justice Fellowship award for his project Full Moon on a Dark Night in 2017. His project Lets Sing an Old Song was awarded India Foundation for the Arts Grant in 2015 & 2017 and he was awarded the Toto Emerging Photographer of the Year award in 2015.

Where The Birds Never Sing

Sign up to be among the first to know when new exhibitions by Soumya Sankar Bose or at Experimenter open.