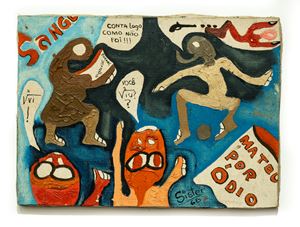 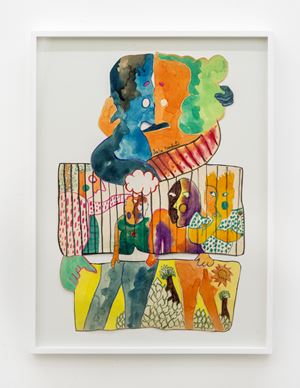 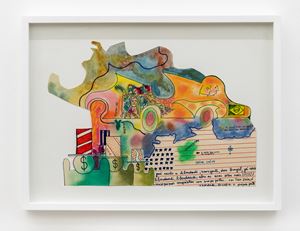 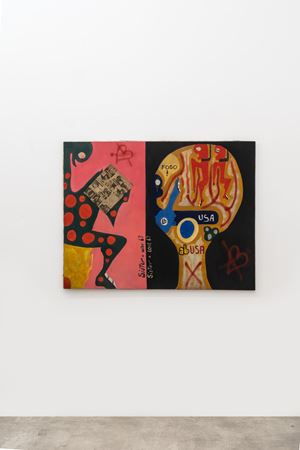 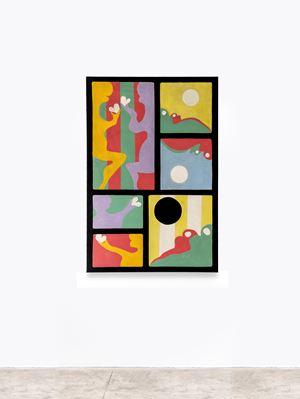 Galeria Nara Roesler | São Paulo presents Sérgio Sister, Images of a Pop Youth-Political Paintings and Prison Drawings, his fourth solo show at the gallery. With a presentation text by Camila Bechelany, the exhibition brings together for the first time a large number of works produced between 1967 and 1971, mostly unknown to the public, including drawings made during the 19 months the artist spent incarcerated at Tiradentes Prison in São Paulo, during the Brazilian military regime (1964-1985).

The exhibition features 35 drawings, most of them using watercolour, pastel and pen on paper in varying dimensions and formats. Highly colourful, with caricature-like and psychedelic gestures, the drawings are a sort of documentation of the artist's day-to-day life in prison. According to Sister, 'they were a kind of chronicle recording what was going on amongst us. I wanted to use graphic symbols and colours to comment on the electric shocks, chains, beatings [...]'. Today, the artist understands that the production of these works was a way of recovering his own identity and finding a spiritual place to help him through such a dark period.

With no expectation of release and having been forcibly displaced from his university studies in social science and his work as a journalist, the artist started to draw daily after his wife Bela, then girlfriend, brought him a drawing pad and a box of crayons. Gradually, Sister began to meet other artists and architects who were also in custody, such as Alípio Freire, Carlos Takaoka, José Wilson, Sérgio Ferro, Rodrigo Lefèvre, Julio Barone, Carlos Henrique Heck and Sérgio Souza Lima. This group became a sort of studio collective, which served as a platform for a prolific exchange of ideas and materials. It was at this point that Sister came into contact with many theoretical concepts, introduced to him by his new colleagues, and started to use his drawings to establish a stronger link with the art world.

Fifteen paintings on canvas included in the exhibition, produced before Sister's time in prison (1966—1967), show the strong influence of pop art on his work. Yet, contrary to the American movement, whose departure point was the trivialisation of images via the appropriation of everyday objects, the assimilation of the pop movement in Brazil reflected the tensions triggered by the imposition of its military regime. Like many other artists of his generation, Sister intuitively utilised pop art's irony and aggressiveness as an outlet for social and political issues.

Images of a Pop Youth – Political Paintings and Prison Drawings 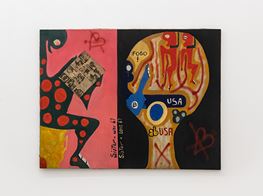 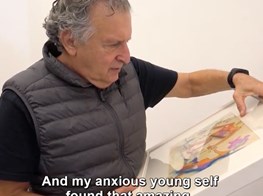 Sign up to be among the first to know when new exhibitions by Sérgio Sister or at Galeria Nara Roesler open.
Sign Up