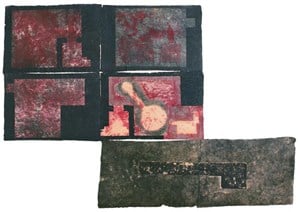 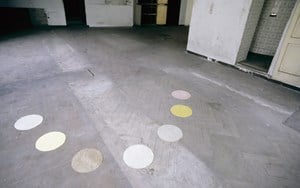 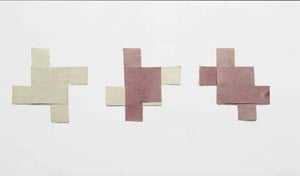 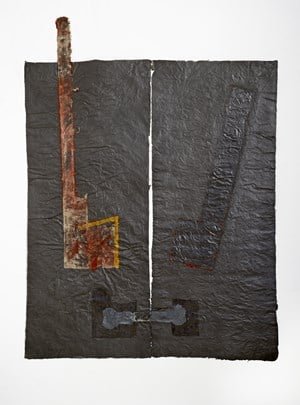 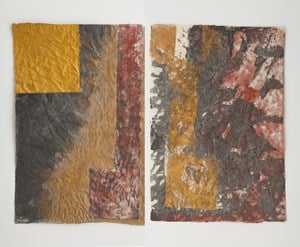 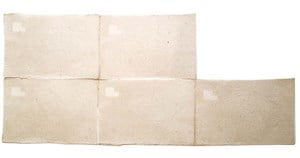 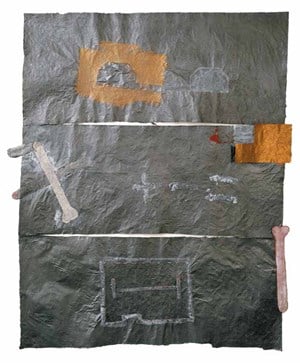 Galeria Nara Roesler is pleased to present Antonio Dias’ third exhibition at its São Paulo gallery, featuring a historic presentation of the Nepal papers produced between 1977 and 1986. We will be inaugurating the show in conjunction with a talk between Dias and Paulo Sergio Duarte at 11.30am in honor of Antonio ́s newly published monograph, ANTONIO DIAS.

Set to open on April 2, the show marks the consolidation of the gallery’s national program, since the artworks it features were first shown at the Rio de Janeiro space in August and September of last year. This strategy of having the exhibit tour both venues is justified by the relevance of Antonio Dias to Brazilian art history, and by the fact that these are never-before-seen works that will premiere in São Paulo just as they did in Rio.

The exhibition will also mark the launch of the artist’s eponymous new book, Antonio Dias, edited by Associação para o Patronato Contemporâneo- APC, with a conversation between Dias and Paulo Sergio Duarte, who wrote the key essay in the publication.

The artworks in the show were produced during a trip Dias made to Nepal, in 1977, to learn the craft of papermaking. This Nepal period is a departure from the artist’s previous work, which was heavy on conceptualism, on the use of then-fledgling media such as video, and the creation of a visual lexicon encompassing pop elements, geometric planes defined by color and words.

Systematically repeated and scrambled within itself, this repertoire questioned the character of social convention and the artistic institution as a producer of stationary coded meanings, validated by a system of international insertion and representativeness that the regional must submit to – that much was evidenced by the artworks’ English titles, like the famed The Illustration of Art series.

It was in Nepal, within the small village of Barabeshi, that Dias experimented with mixing plant fibers and natural elements – like tea, earth, ash and curry – to give tinge and texture to the new surfaces and shapes he was creating. Against this backdrop, he produced Chapati for Seven Days (1977), a standout piece in this iteration. As the artist comments “Chapati-bread. The raw food for my work. Every day, for one week, I partitioned a small disc from a larger one. Only one disc was left untouched in its raw cellulose form while others were charged with red clay, curry, tea, tikka, and ashes. A very simple and serene mode of working, much like eating should be.”

Much more than providing a medium, the geometrical planes built with handmade paper are artworks in their own right. Created jointly with artisans at a Nepalese paper mill, they subvert the question of authorial unity.

Or, as the artist himself put it in an interview, “What interests me the most is the connection between the production of this work and its producers... While they labored materially in production, some of them also imprinted a symbolic reading onto the product.” In The Illustration of Art/Tool & Work (1977), the artist’s hand and the hand of the artisan involved in the making are intricately arranged in a system of equality. Through this simple gesture of collaboration and exchange, the artist suspends the boundaries of art and workmanship, authorial singularity and repetitive gesture, asceticism of concept and crude matter.

What distinguishes the Nepal papers from previous works of the artist is the contamination of significance by territoriality, a subject the artist holds dear. Until today, this body of work is considered a watershed moment in the artist’s production.

Sign up to be among the first to know when new exhibitions by Antonio Dias or at Galeria Nara Roesler open.