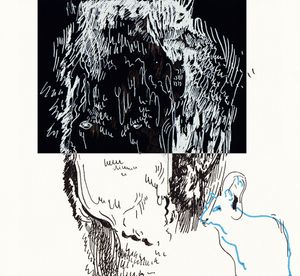 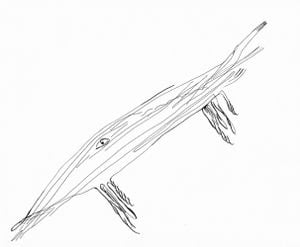 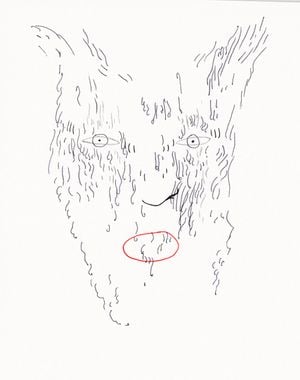 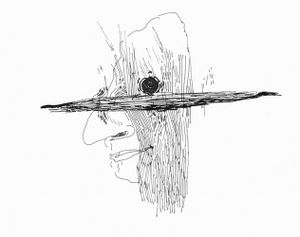 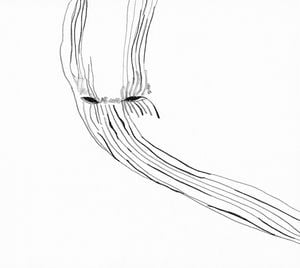 Goodman Gallery is pleased to present Vanille Bleue, Paul Maheke's first solo presentation on the African continent and debut exhibition with the gallery.

Vanille Bleue is a new body of work by Maheke, drawing on journal entries made since July 2020 during lockdown in Paris. Part diary, part non fiction, Maheke's journal is brought into the exhibition to drive the artist's reflections on vulnerability through drawing, text and sound. In particular, Maheke's use of drawing in the exhibition represents a continued shift in the artist's practice beyond primarily performance-based work.

The title of the exhibition refers to a type of vanilla indigenous to L'Île de la Reunion, once home to Maheke's parents. Similar to the works on display, the exhibition's title offers viewers a context both poetic and political in nature. Maheke cites writers such as Audre Lorde and Édouard Glissant for their use of poetry to 'play on one of the most oppressive structures we have—language.' Similarly, by incorporating text into the exhibition Maheke offers an additional voice for his works to communicate various meanings.

Much of those meanings are rooted in Maheke's interest in the invisible, and sometimes very concrete forces that affect our bodies as well as our identities and how we experience ourselves. These forces comprise everything from the political and social understanding of our history, to more mystical and spiritual understandings, as well as the sonic and physical forces such as gravity that surround us.

Beyond words, the materials used in the show are critical to conveying these ideas. Copper plates, for instance, serve as the surface for a series of colourful images formed through an oxidation process involving liver of sulphur. The unique properties of the copper, which allow for the work's image to form, extend to its therapeutic qualities used in alternative medicine as well as its ability to conduct electricity and heat. Light and sound are critical too in exploring ideas central to Maheke's work.

Similar to the presence of copper, deep bass frequencies played throughout the exhibition hold healing potential. Given the ability of sound frequencies to change the molecular structure of water, it is possible for that to extend to our bodies which are made up of 85% water.

For Maheke, the embodied quality of both the sound and text component speaks to themes of trauma and in turn healing.

'The idea of conveying a narrative around violence and an act of violence over another body, knowing that those audiences will come to the space with a certain set of histories that are personal to them as well as their own cultural references, I think I'm interested in how sound can also bring an element of communication through an interaction with other bodies. [It's] something interesting in the context of Covid, as well as my own context producing this show from a distance. It's my way of reaching out to establish a form of touch, in a way.'

Maheke is considered one of the most exciting young artists of his generation, cementing this with his breakthrough exhibition at the Chisenhale Gallery in London in 2018. This was followed by a solo exhibition at Vleeshal Middelburg (2019), and I Lost Track of the Swarm at the South London Gallery (2016).

Maheke will be included in British Art Show in 2021—the UK's leading quinquennial survey of emerging artists.