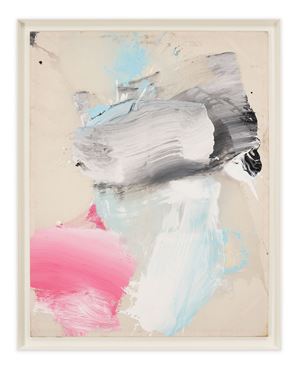 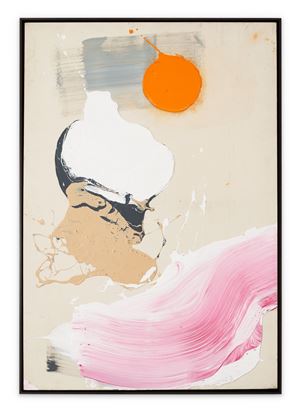 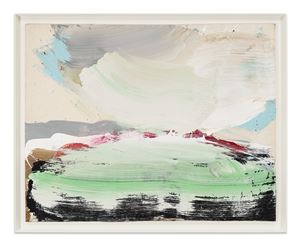 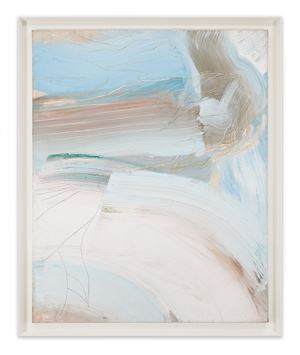 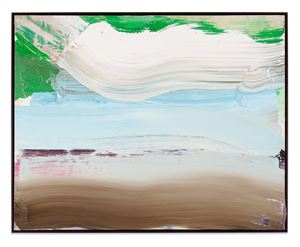 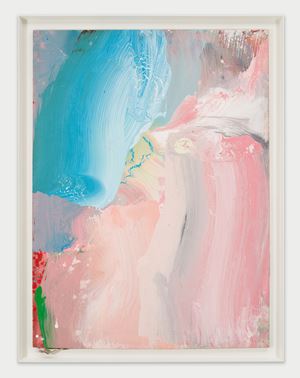 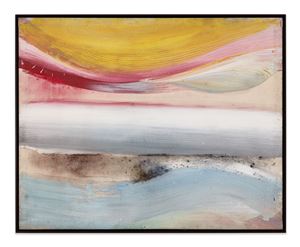 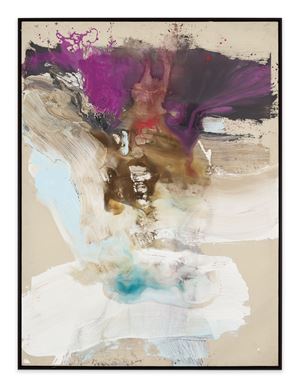 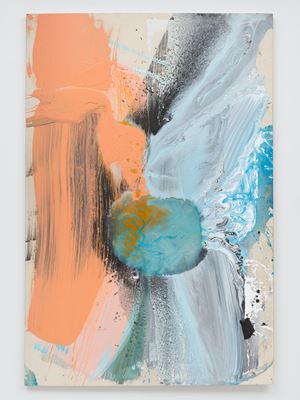 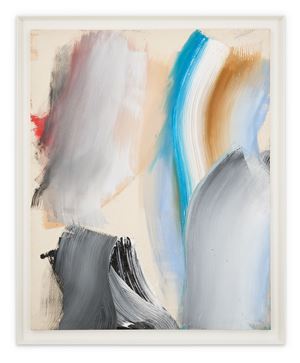 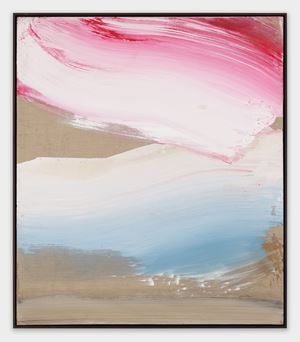 New York...Hauser & Wirth is pleased to present its first solo exhibition of Ed Clark's work since announcing representation of the artist in 2019. Devoted to paintings made after the year 2000, the exhibition finds Clark returning to and building upon central motifs of his practice: specifically his use of the push broom to create enigmatic compositions with broad strokes, painted on canvas laid flat on the floor. Clark has masterfully established a unique form of expressionism by literally sweeping his medium into atmospheric, emotive, and ultimately exuberant works.

Over the course of seven decades, Clark's experimentations with pure colour, abstract form, and the seductive materiality of paint have yielded an oeuvre of remarkable originality, extending the language of American abstraction. Clark is regarded as a pioneer of the New York School and a formative addition to the group of abstract artists working in the post-war era.

His breakthroughs have an important place in the story of modern and contemporary art. In 1956, while working in Paris, Clark began exploring new ways of painting and made his first breakthrough discovery–what he calls 'the big sweep'–as he began using a push broom to achieve effects that neither a hand nor standard paintbrush could render. Later that same year, he moved back to New York, where he is credited with creating the first shaped abstract painting–an innovation that continues to reverberate today. In 1968, while visiting Joan Mitchell in Vertheuil, he began painting oval canvases to reflect the shape of the human eye. Through the evolution of successive bodies of work, Clark continued his use of the push broom as a giant paintbrush. This allowed him to make straight, long strokes, thus extending the momentum of his sweeping gesture across an entire surface. This newfound technique produced a sense of 'drive' within Clark's paintings, as he seemingly moved the slabs of thick paint across the canvas at great velocity. Furthermore, by using an ordinary push broom, Clark elevates a humble process of labor into an instrument of high art.

The works on view at Hauser & Wirth were created between 2000 and 2013, and are seminal examples of Clark's broad brushstroke, now liberated from the horizontal composition of his earlier works. In the painting Blue & Red (2005), brushstrokes move freely across the negative space of raw canvas. The later works are characterised by a certain freedom in his act of painting. As Clark puts it: 'It struck me that if I paint a person - no matter how I do it - it is a lie. The truth is in the physical brushstroke and the subject of the painting is the paint itself.'

Clark's work is currently on view at the Whitney Museum of American Art, New York, in a critically admired installation of works from the permanent collection. He was also included in the recent traveling exhibition Soul of a Nation: Art in the Age of Black Power 1963 - 1983, previously at The Broad Museum, Los Angeles; Crystal Bridges Museum of American Art, Arkansas; Brooklyn Museum, New York; and Tate Modern, London.

Born in 1926 in New Orleans, Louisiana, Clark spent his formative years in Chicago. He enlisted in the United States Air Force and served in Guam during World War II. Under the GI Bill, Clark attended the Art Institute of Chicago (1947–1951) then L'Academie de la Grande Chaumiere in Paris (1952), where he was taught by Louis Ritman and Edouard Goerg. At the encouragement of Goerg, Clark spent many hours at museums around Paris studying the works of Modernists and Old Masters. Inspired by the work of Russian-born artist Nicolas de Staël, Clark discovered the possibility of playing with hard-edge and gestural abstraction. Thus in his paintings of the 1950s, de Staël's influence is clear: large, sensational strokes float through the canvases. During his years in Paris, Clark found himself engaging not only with fellow American expat painters Joan Mitchell and Sam Francis, but also a generation of important African-American artists who had discovered freedom in Paris from racial discrimination at home.

After studying at the Art Institute of Chicago and L'Academie de la Grande Chaumiere in Paris, Clark became a member of a social and intellectual circle of American expatriate artists and writers, including fellow African- American creative lights Beauford Delaney, Richard Wright, James Baldwin, and Barbara Chase-Riboud. Clark settled in New York in 1957, where over the ensuing decade he became part of the city's dynamic downtown scene and a co-founder of the Brata Gallery, an artist-run cooperative among the Tenth Street galleries of the East Village. From the late 1960s until very recently, Clark split his time between New York and Paris, traveling extensively to other locales from Mexico and Brazil to North Africa and Greece. 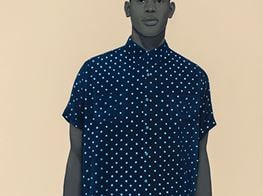 Sign up to be among the first to know when new exhibitions by Ed Clark or at Hauser & Wirth open.