Every element in an exhibition of work by Peter Liversidge begins at the artist's kitchen table with Liversidge sitting alone writing proposals on an old manual typewriter. These hand-typed pages, present an array of possible and impossible ideas for performances and artworks in almost every conceivable medium. In a sense the first realisation of every work is in Liversidge's head, then on the page, then in the mind of the reader, and finally (perhaps) as a physical object or happening. In every case, the first 'artwork' from any series of proposals is the bookwork that presents the collected ideas.

As Liversidge has said: '... the process is also about the notion of creativity: it's important that some of the proposals are actually realised, but no more so that the others that remain only as text on a piece of A4 paper. In a sense they are all possible and the bookwork that collates the proposals allows the reader to curate their own show, and because of its size and scale the bookwork allows an individual to interact with each of the proposals on their own terms, one to one'.

Since 2006, Liversidge has worked with institutions across Europe, including the Tate Gallery, Liverpool; The Scottish National Gallery of Modern Art; the National Gallery of Finland. His major solo exhibition doppelgänger, first presented at Ingleby Gallery in 2013 which accompanied the public art commission Flags for Edinburgh, toured to The MAC, Belfast in 2014. Major solo exhibitions have also recently been presented at i8 Gallery, Reykjavik; Basis, Frankfurt; Whitechapel Gallery, London and Van Abbe Museum, The Netherlands and The Aldrich Contemporary Art Museum, Connecticut from May 2016—February, 2017. Peter Liversidge developed a unique cycle of songs in collaboration with community choirs across London in response to Tate Modern's building, its history and its place in contemporary life; The Bridge (A Choral Piece for Tate Modern) was performed in the iconic Tate Turbine Hall for the first time in June 2016.

Peter Liversidge is a British artist who became known for his use of 'proposals' tailored to a specific project. The proposals vary greatly in their degree of feasibility, but always begin in the same way, typed on a standard European-sized A4 piece of paper. Liversidge’s recent projects include The Bridge, a choral performance of...

Work becomes play in Peter Liversidge’s Twofold installation, though its proposals read so formally: “I propose to drop two hundred and fifty thousand 1 cent coins on the floor of the main gallery space.” What? I walk into the main gallery space at Sean Kelly, New York and yes, I’m walking on shiny, copper coins that are... 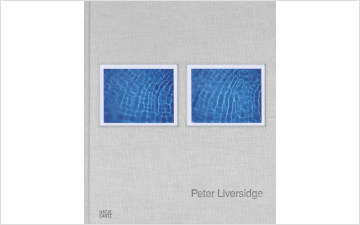