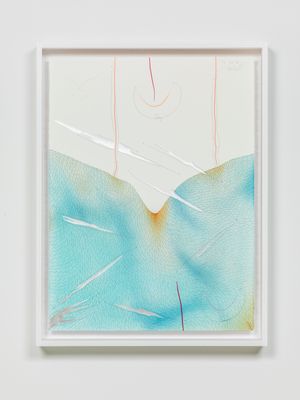 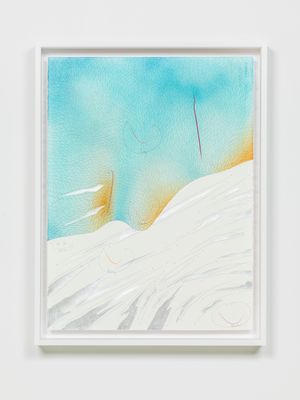 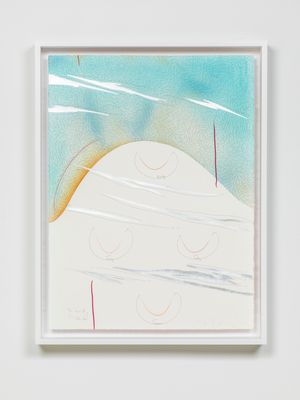 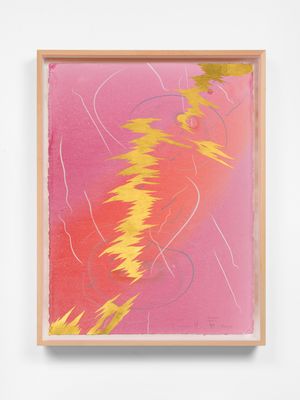 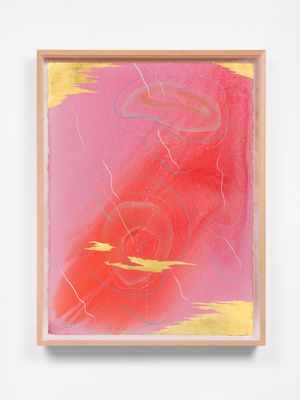 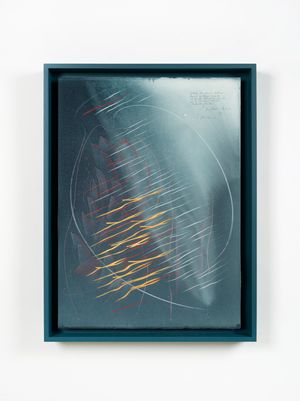 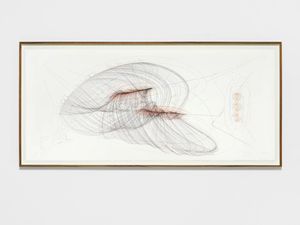 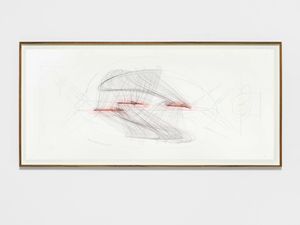 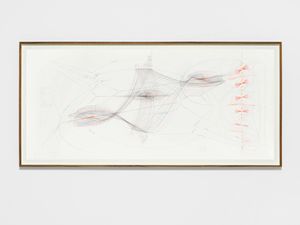 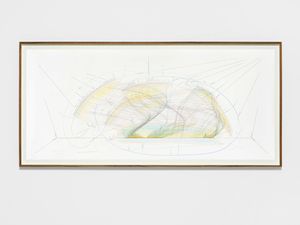 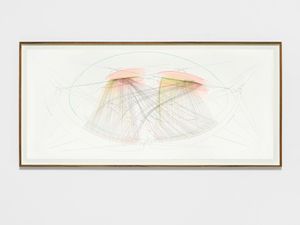 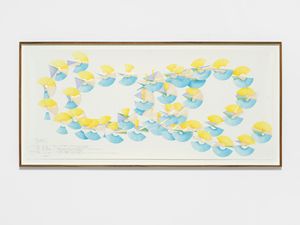 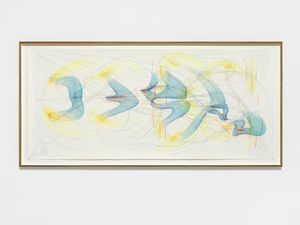 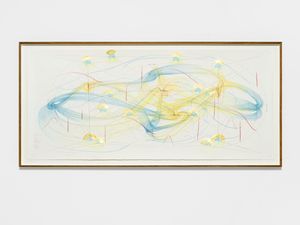 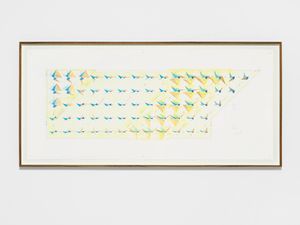 KÖNIG SEOUL is presenting RESONANCE, the first solo exhibition of works by Jorinde Voigt in Seoul. Jorinde Voigt is a German artist who works in the fields of drawing, text, painting and installation. She works in series that often refer to a specific theme, using as a starting point particular text or idea. She develops notational systems of grids, line networks, and patterns that translate parameters such as distance, speed, or frequency into visual compositions. Stylistically, her representations of systems and guidelines reveal parallels to Minimalism and Conceptual Art, however, her works are also always informed by deeply personal experiences and sensations.

Her engagement with music and musical notations has always played an important role in Voigt's oeuvre. In the Ludwig van Beethoven series she, for example, attempts to depict the music of Ludwig van Beethoven without illustrating or interpreting it. The works of the series are reminiscent of the graphic scores of Iannis Xenakis or Mauricio Kagel, yet they do not contain any instructions for action but are rather an expression of an emotional system of signs. Everyday emotions and experiences are transported in music through melodic line, volume and changes of tempo. Voigt uses a coded notation that depicts the emotional spectrum inherent in Beethoven's music. For this, she extracts the intonation and dynamic notations from Beethoven's original text and makes them the basic framework of her works. For Voigt, these notes symbolize the personal traces left behind by the composer, transcending the technical specifications. With the help of the pictorial spaces she creates, the complexity of the musical score thus visually opens up to the viewer.

The solo exhibition at KÖNIG SEOUL is complemented by POTENTIAL AND COINCIDENCE, a presentation of other series of works at P21 Gallery. The works shown there provide further insight into Jorinde Voigt's extensive and diverse oeuvre and subject matter, as well as the various techniques and materials she employs.

Jorinde Voigt was born in Frankfurt am Main in 1977. She graduated from Katharina Sieverding's master class at the Berlin University of the Arts in 2004 and lives and works in Berlin.Her most recent solo exhibitions were on view at the Menil Drawing Institute, Houston, US (2019), the Horst Janssen-Museum, Oldenburg, Germany (2019), the St. Matthäus-Church, Berlin, Germany (2018), the Kunsthalle Nürnberg, Nuremberg, Germany (2017), Hamburger Bahnhof—Museum für Gegenwart, Berlin, Germany (2016), the Kunsthalle Krems, Austria (2015), the Museo d'Arte Contemporanea, Rome, Italy (2014), and the Langen Foundation, Neuss, Germany (2013). She has contributed to several biennials including, most prominently, the Manifesta 11, Zurich (2016), the Biennale de Lyon (2017) and the Vienna Biennial for Change (2019). A selection of Jorinde Voigt's works were recently featured in exhibitions at the Kunsthistorisches Museum Wien, Vienna, Austria (2020) and the BOZAR, Centre for Fine Arts, Brussels, Belgium (2020) and will be part of an exhibition at the Moody Center for the Arts, Houston, US, in early 2022.

Her works are included in numerous collections, among them the Art Institute of Chicago, the Centre Pompidou, Paris, the Kunsthaus Zürich, the Morgan Library & Museum, New York, the Museum of Modern Art, New York, the Pinakothek der Moderne, Munich, the Staatliche Graphische Sammlung, Munich, and the Kupferstichkabinett, Berlin.

Sign up to be among the first to know when new exhibitions by Jorinde Voigt or at KÖNIG GALERIE open.
Sign Up