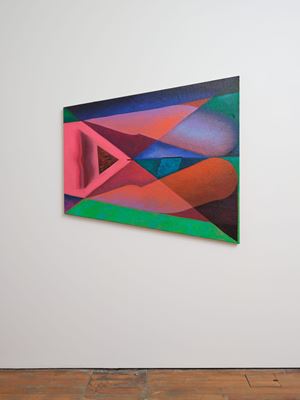 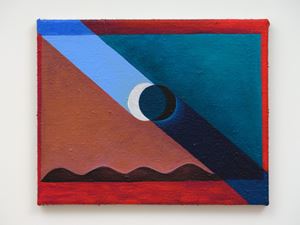 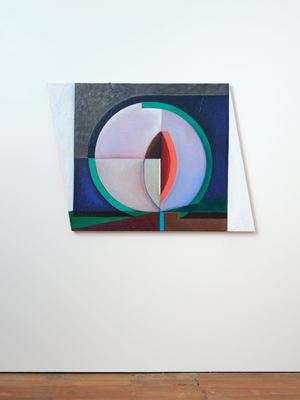 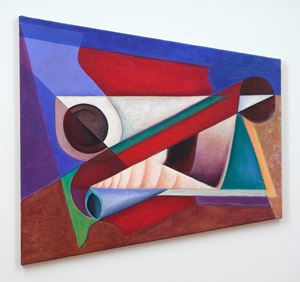 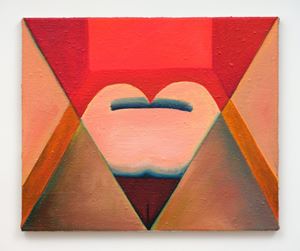 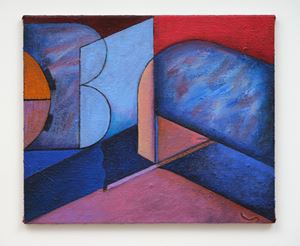 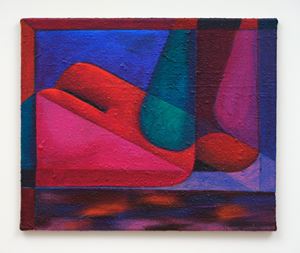 Thirsty Work tracks an itinerant year for Imogen Taylor, including works produced in Auckland, Dunedin, Central Otago and New York City. Responding to each of these locations and working environments, groupings appear that anchor works to each place. The figurative paintings in Thirsty Work were all produced in Tāmaki Makaurau, while the landscapes belong to Dunedin and Naseby. The smaller, suitcase-sized works were begun in New York during a residency cut short by Covid-19.

The exhibition sees a shift from the coded abstraction of earlier paintings towards more figurative territory, without necessarily abandoning or wholly embracing either. Adopting a less strict or hierarchical attitude towards categories of representation and abstraction allows room for both to inhabit these works. It's possible that these are failed attempts at abstracting representation, or of representing abstraction. Whether true or not, this mode has become a space for Taylor to address the queer modernist legacies that she operates in.

In moving towards figuration it becomes impossible not to consider the gaze. The positions and images of the bodily fragments in these works are immediately recognised by queer audiences, eliciting nuanced reactions that may escape the dominant gaze. Several of these works ignite flashback gazes, moments in time encoded within a particular vision.

'Explicit queer desire as visual protest?.... maybe? The work has moved past being "straight-passing" and now aims to illuminate queer modernisms that still fail to be celebrated. It was hard to not feel protective of queer modernist legacies when modernist painting languages were being referenced by recent white supremacist provocations in the arts community and at large, threatening political and aesthetic territory that is already under assault. It made me both critically reflective and protective of what's at stake in my work.'

Sign up to be among the first to know when new exhibitions by Imogen Taylor or at Michael Lett open.
Sign UpLogin