In the 1970s and '80s, Irina Ionesco developed a keen and intense eye for women and their seductive allure. The impact of her nude photographs, with their enigmatic and timeless aura,reached well beyond the gaze of male viewers. Indeed, artists like Irina Ionesco helped to establish a new type of woman: a sensual and ambivalent embodiment of the unconventionality and permissiveness of the times.

The models donned costume after costume before Ionesco's camera, against the ever-changing backdrop of her small stage. Unconventional props, half-object, half-decoration, and theatrical make-up underpinned her subject's personality, indeed, role. Pictured mostly alone, they play the role of femme fatale among others, staged by the photographer, their director.

Ionesco's complex, often dark arrangements function like a theatre play in several acts, or a movie, captured frame by frame. Yet the decisive element in her refined black-and-white images remains the partial nudity and immediate sensuality of the female models. 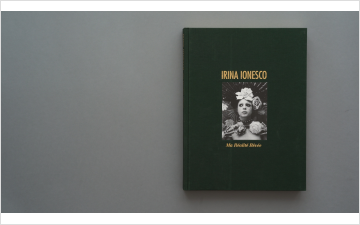