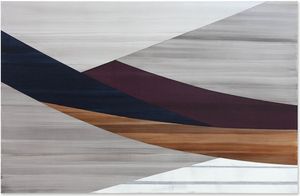 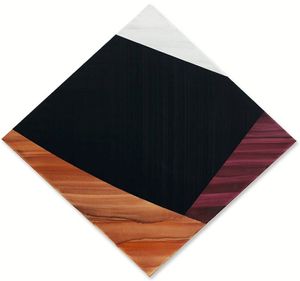 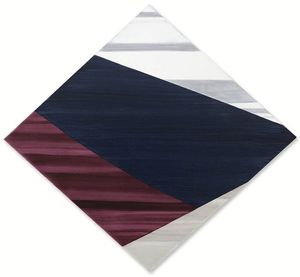 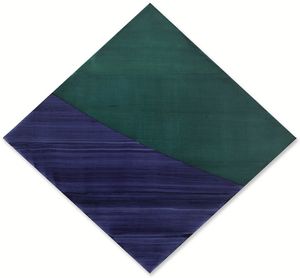 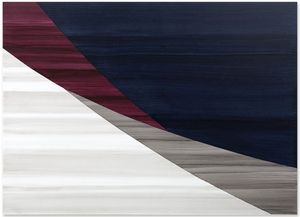 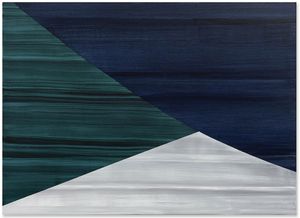 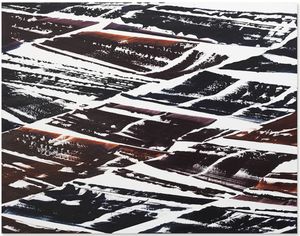 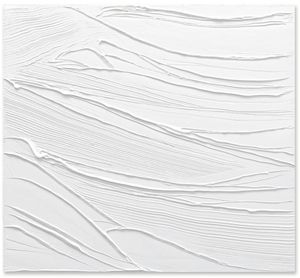 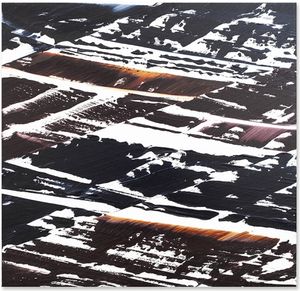 We are pleased to present a solo exhibition of new, richly colourful abstract paintings by acclaimed Mexican artist Ricardo Mazal. The work in this show builds on spiritual themes and revisits formal elements and techniques the artist has been exploring for decades.

Mazal's practice has always been rooted in ideas of transformation, particularly spiritual transformations. His interests have taken him from the tomb of the Red Queen in Chiapas, Mexico, to the Peace Forest cemetery in Odenwald, Germany. He has walked the Kora, a meditative pilgrimage circumambulating Mt. Kailash, Tibet's holiest summit, and has sat in silence inside the sacred temple of Prague's Old Jewish Cemetery, one of the oldest Jewish burial grounds in the world.

All of these experiences yielded expansive bodies of multidisciplinary work. But when the world shut down last spring, exploring other cultures through travel was no longer an option. Mazal, who had just opened a major solo exhibition at the Centro Cultural Estacion Indianilla in Mexico City, returned to his Santa Fe studio in the American Southwest, where he used the quiet and isolation to look inward for inspiration.

Mazal immersed himself in an exploration of form, colour and perspective. Tapping into his early years as a graphic designer, he used Photoshop to generate hundreds of abstract arrangements. He played with linear elements, bending and twisting them, as if they were turning in space. When he randomly struck a form that recalled the movement and energy of earlier prayer flag paintings, Mazal felt a spark. Over several weeks, he pored through the archives of his work spanning the past twenty years, examining and reimagining the essential elements that define it.

The idea of deconstructing previous paintings isn't wholly new to the artist. If you look closely at his work over the years, you'll find traces of one series carried over to the next. It is a regenerative and cyclical process that in some ways parallels the spiritual themes Mazal explores.

With each new composition, Mazal drew on familiar formal elements—from the textured geometric forms of his Prague paintings (2017–2019) to the singular hue explored in his colour study Violeta (2019–2020).

In some works, such as Full Circle K 6, he borrows a painting method from his 'Kailash' series (2011–2014), where layers of translucent colour applied with a foam-rubber blade emulate the mountain's snow-streaked peaks. Here, Mazal brings the rhythmic bands of blurred colour to the forefront, making them the focus of the work.

But Mazal doesn't just expand on earlier techniques, he introduces new ones. To produce the gently arched forms that sweep across Full Circle P – 9, Mazal had to teach himself to render perfectly curved lines. The experience was slow and arduous, but it opened him up to discovering new paths, including colourful, minimalist abstract compositions tilted to a 45-degree angle.

These new works were inspired by the diamond paintings of Piet Mondrian. Mazal cites the renowned Dutch artist, known for his innovative forms of expression and restricted palette, as a strong influence early in his career. In contrast to Mondrian's characteristic style, where he strictly confines his compositions to the horizontal and vertical planes, Mazal's abstract arrangements play off the angles of the canvas, echoing their form.

Full Circle and the Diamond Series

Sign up to be among the first to know when new exhibitions by Ricardo Mazal or at Sundaram Tagore Gallery open.
Sign Up