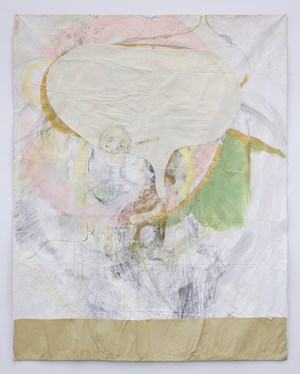 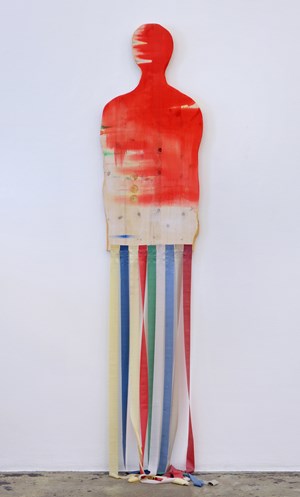 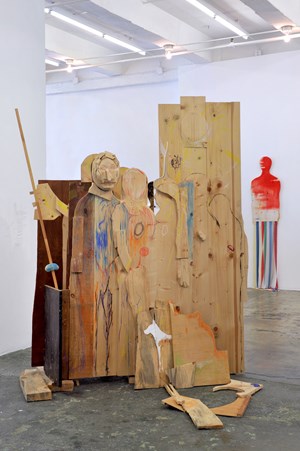 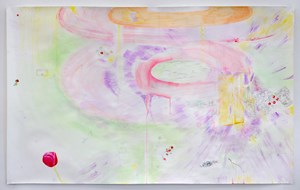 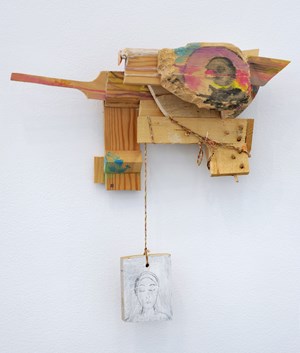 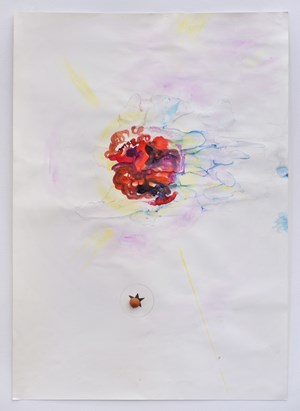 'How to proceed in these times of humanitarian disasters, racism, organ trafficking, climate change...' is a fundamental question for Róza El-Hassan. She seeks to address such difficult issues in sculptures and other works. In her own words, 'Step by step I added colour and optimism and love (I should not speak so pathetically... I know, but it is honest). I try to imagine positive change, starting from an outcry about crimes against humanity.' – Fredrik Liew, in a text accompanying Manipulate the World, Moderna Museet (2017)

Thomas Erben Gallery is pleased to present Labyrinth of Rebellion, the gallery's second exhibition with multi-disciplinary artist Róza El-Hassan (b. 1966, Budapest). Exhibiting recent wooden sculptures and drawings, Labyrinth of Rebellion is a body of work situated between chance and a careful consideration of the formal and moral elements of her art. Drawn from the name of a long-forgotten book by a Hungarian art critic that El-Hassan discovered by accident–advertised in a leaflet she found tossed in the pages of a used copy of Thus Spoke Zarathustra–the show's title speaks to the vital role chance and curiosity plays in El-Hassan's artistic process. Equally true, the title points to her ambivalent, ultimately hopeful view of political and artistic struggle: the possibility of getting lost, but also finding one's way through. An anxious optimism animates these works, fueled in part by the state of politics globally and, more specifically, in Hungary, where El-Hassan lives and works, and in Syria, of which she is a longtime human rights observer. Witnessing the political changes undertaken by Prime Minister Viktor Orbán, who is seeking to install what he calls an 'illiberal state,' El-Hassan caustically sees in Hungary a 'role model for the development of post-democratic structures in the 21st century.' Nevertheless, El-Hassan remains committed to artistic and political engagement.

Rough-hewn, modestly epic, How to Proceed?/ Human Collective (2017) perhaps most iconically evokes El-Hassan's combination of hopefulness, uncertainty, chance, and commitment. Made over the course of a year, the 9-foot tall, free-standing mural is assembled out of a variety of forms, pieces, and figures–dogs, cats, and mice in addition to the more readily seen people. Probing and tentative, in both its name and appearance, the work directs its audience to consider the title's question within an ethical frame.

El-Hassan's works on paper, which the artist produces daily, cogently demonstrates the more searching, venturing attitude of her practice. As noted in the press release for El-Hassan's 2014 exhibition with the gallery, 'Some of these works come about as sketches for sculpture, performance and architecture; time is a central aspect, and many are produced in a diary-like fashion. Abstract tangles mix with vague figures, collaged pieces of torn paper and fabric, translucent fields, vibrantly coloured shapes, smudged pencil. As grave as the subject matters may be, the lightness and openness of the work suggests a process of searching rather than stating, a subtle sensitivity in fraught political climates.'

Fashioned after a drawing from El-Hassan's 2001–2003 series 'R. thinking/dreaming about overpopulation,' which was exhibited in 2003 at the Drawing Center, New York, Homage (2016) is a wooden placard shaped in the silhouette of an anonymous figure, with colourful plastic streamers trailing off its base. The strips, a wellspring of diversity and spirit, can be seen as the roots that feed the quiet heroism of El-Hassan's figure. A tribute to the unknown heroes among us, lofting over a munificent, vibrant force, Homage is a portrait of the forces that sustain goodness in time of struggle.

Sign up to be among the first to know when new exhibitions by Róza El-Hassan or at Thomas Erben Gallery open.