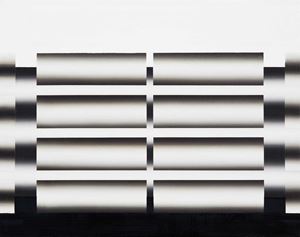 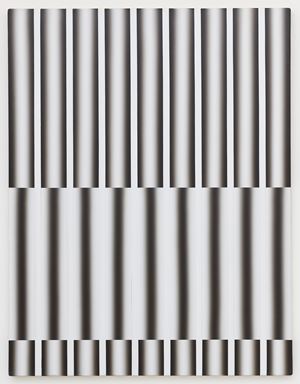 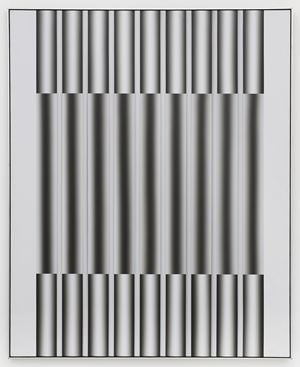 Tina Kim Gallery is pleased to present its first solo exhibition of Lee Seung Jio (1941–1990), on view from February 20 through April 4, 2020. The exhibition will focus on works from Lee's 25-year-long painting career, throughout which he dedicated himself to confronting the canvas plane and conceptualising the dynamic relationship among flatness, form, and materiality. The exhibition at Tina Kim Gallery will constitute Lee Seung Jio's first solo exhibition in New York, showcasing 18 works that span the artist's career from the 1960s up to his passing in 1990. This exhibition hopes to elevate Lee Seung Jio's unique singular vision that helped define Korean modernism and contemporary art from mid-century to today.

Lee Seung Jio studied in the Department of Western Painting at Hongik University in Seoul before going on to found the Origin Group in 1963 alongside his contemporaries Suh Seung-Won and Choi Myoung-Young. Unlike the Dansaekhwa artists who were grouped together only decades later by curators, the Origin painters-slightly younger than the Dansaekhwa artists-exhibited together from the movement's onset, rallying around a commitment to rebel against national disorder and tumult through cool, unemotional abstraction. The Origin painters embraced the traditionally Western media of oil painting, perfecting their own practices and imbuing their paintings with a stark sense of duality between volume and flatness. The stark lines and hard edges of these works emerged in response to the decidedly more heated and emotional Korean Art Informel movement as a means of exploring how painting could become a more authentically Korean medium. Repetition and refinement functioned as the common threads throughout the works by these painters.

Lee Seung Jio distinguished himself from his fellow Origin painters, garnering critical attention as his style matured and the other members began gaining repute internationally. In 1968, Lee was awarded the Grand Prize at the Dong-A International Fine Art Exhibition and participated in the Korea National Art Exhibition. That same year, Park Seo-Bo referred to Lee as 'a future giant of Korean painting.' His work received awards at the National Exhibition four consecutive years, from 1968 through 1971. In both 1968 and 1970, Lee was bestowed the Minister of Culture and Information Prize. In 1971, Lee exhibited outside of Korea for the first time at the São Paolo Biennale.

Scholars have categorised Lee's paintings into three distinct periods, spanning the late 1960s through the 1980s. Each of Lee's Nucleus paintings employs a repetition of the same image— abstract geometric forms often referred to as 'pipes.' In the first phase, beginning in roughly 1967, Lee started experimenting with composition of colour bands in black and primary colours, in which the flat canvas plane served as the basis of geometric arrangement. Shortly after 1968, solid pipe motifs started to take shape in systematic structure within varied dimensions.

In the 1970s, the second phase of Lee Seung Jio's Nucleus practice sees him conceptualising and blurring the space between the flat canvas and the cylindrical forms. These paintings take on a noticeably darker palette, with their orientation skewing more diagonal than horizontal and vertical. The change in orientation allows the composition to dip outside of the canvas frame, implying that each canvas is some part of a larger image whole. Lee painted his first pipes to have visual volume and depth, but the later iterations become more transparent and ethereal, with their boundaries less clearly defined. Here, the paintings seem closer to shadows of the pipes than the pipes themselves. In these later works, the connection between canvas plane and painted motif turned relational and relative. The pipes came to define the canvas space and appear to form the structure of the flat plane itself.

In the third phase, spanning from roughly 1981 until his death in 1990, the aesthetics from the first two periods intersect, with the more reductive iterations of the pipes occupying the same optical space as the airier less defined pipes that later emerged.

Over the course of Lee's career he continued to adapt the singular pipe pattern, breaking it down and moulding it until the pipes ceased to be merely a pattern and instead became an integral element to the paintings themselves. Engendering what the artist himself would call 'the illusion of materiality' through his painstaking, repetitive brushstrokes, these later works are no longer paintings of pipes on canvas, but singular complete elements wherein the plane and subject matter function synergistically. This contingency between flat plane and optical depth recalls for the viewer the painting's titles—Nucleus, which connotes the atomic and molecular. The pipes make up the overall painting as atoms compose mass. They function as the central structural core, charged but balanced in their composition.

This exhibition will be closely followed by a major Lee Seung Jio retrospective at the National Museum of Modern and Contemporary Art in Gwacheon, Korea, forthcoming in June 2020.

Lee Seung Jio was born in Yongcheon, Korea in 1941 and graduated from Hong-Ik University with BFA and MFA in Western painting. Lee helped found the Origin Group and A.G. (the Korean Avant-Garde Association). He won a number of significant awards including the first prize in Dong-A International Fine Art Exhibition, Special Prize in the Korean National Art Exhibition for four consecutive years from 1968 to 1971, and the National Prize in the 7th Cagnes-Sur-Mer International Painting Festival in 1975. Lee has participated in major exhibitions, such as the exhibition of the Origin Painting Association (1963-1970), exhibition of Korean Avant-Garde Association (1970-1971), the 11th São Paulo Biennale (1971) and the 7th Cagnes-Sur-Mer International Painting Painting Festival (1975). After his passing in 1990, Lee's retrospective exhibitions were held in Ho-Am Art Museum, Korea (1991), Total Museum of Contemporary Art, Korea (1996), and Busan Museum of Art (2000). This upcoming June 2020, Lee's major retrospective will be held at the National Museum of Modern and Contemporary Art, showcasing more than 120 paintings from many different collections. 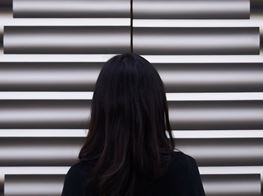 We are excited to be able to present a digital tour through our Lee Seung Jio exhibition.Thank you so much for joining us on this digital tour for this exhibition that we’re so excited about, and for this artist who is now starting to be more well known internationally! Audio by Katherine Lauricella, Soyoung Kim Video by Hyunjung Rhee 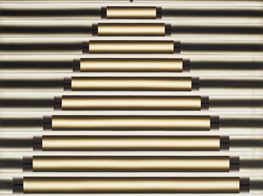 Related Press A Major Korean Painter Begins to Get His Due 7 March 2020, Hyperallergic

This is a statement that the Korean abstract artist, Lee Seung Jio (1941-1990), made in 1971, a few years after he gained attention in Korea for his cooly geometric abstract paintings of cylindrical forms: Some call me 'Pipe Painter.' I neither welcome nor dislike the distinction.

Sign up to be among the first to know when new exhibitions by Lee Seung Jio or at Tina Kim Gallery open.