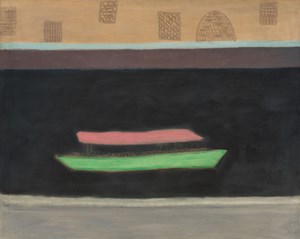 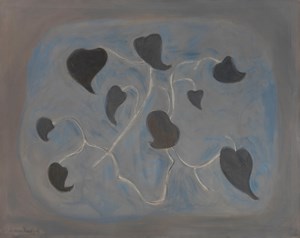 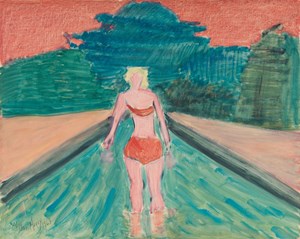 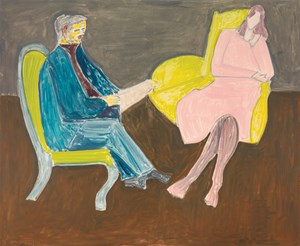 One of the most influential artists of the twentieth century, Milton Avery (1885—1965) is celebrated for his luminous paintings of landscapes, figures and still lifes, which balance distillation of form with free, vigorous brushwork and lyrical colour.

The gallery's first exhibition by Avery since announcing its European representation of Milton Avery's work, and also the first exhibition of the artist's work in London for ten years, features paintings and works on paper from throughout his career, ranging in date from the 1930s to the 1960s. Included are pairings of Avery's oils and associated works on paper, in addition to works created as a result of his sole trip to Europe in 1952, when he visited London, Paris and the South of France. Many of the works on display have never been exhibited outside of the US.

An accompanying publication will include an essay by Edith Devaney, Contemporary Curator at the Royal Academy of Arts and co-curator of the recent Abstract Expressionism exhibition (currently on display at the Guggenheim Museum Bilbao), examining the development of Avery's career and his influence within the canon of American art.

"Avery spanned, and to an extent became the link between, two significant twentieth century national movements: American Impressionism and Abstract Expressionism. His highly sophisticated understanding of colour was passed on, in particular, to Rothko and Newman." — Edith Devaney

Born in Altmar, New York, in 1885, Milton Avery moved with his family to Hartford, Connecticut in 1905. After studying at the Connecticut League of Art Students, he worked in a succession of night jobs in order to paint during the daytime. Avery moved to New York in 1925 and in 1926 married Sally Michel, whose earnings as an illustrator enabled him to concentrate more fully on painting. His first exhibition in New York was in 1927, though it was not until 1935 that he had his first one-man exhibition, at the Valentine Gallery, New York. In 1944, his first solo museum exhibition opened at the Phillips Memorial Gallery, Washington, DC. In 1952, he visited Europe for the first time, travelling to London, Paris and the French Riviera. In the same year, a retrospective exhibition of Avery's work opened at the Baltimore Museum of Art. In 1960, the Whitney Museum of American Art, New York, presented a retrospective exhibition; a second retrospective was held at the Whitney in 1982. In 1962, _Milton Avery: Paintings 1930-1960 _by Hilton Kramer, the first monograph on Avery, was published. Milton Avery died on 3 January 1965 in New York, aged 79.

Avery pursued an independent and steadfast course throughout his career. Always drawing imagery from the world around him, in particular the landscapes and people he loved, his art is as intimate and accessible as it is towering in its ambition and achievement. With his focus on simplified forms and use of colour as a primary means of expression, in the 1930s he profoundly influenced and won the devotion of fellow artists including future abstract expressionists Mark Rothko, Adolph Gottlieb and Barnett Newman. Rothko in particular admired the "gripping lyricism" of Avery's work. However, while seeking to express an idea in its simplest form, Avery never sought pure abstraction for himself. Above all, he is an artist who resists categorisation. "I never have any rules to follow," he stated in 1952, "I follow myself." 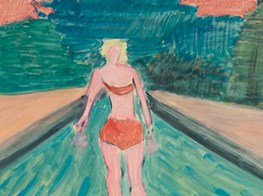 'Why talk when you can paint?' Milton Avery (1885–1965) would say when asked to make statements about his work. The quality of settled calm confidence that underlies this remark shines through equally in the 16 paintings and works on paper in Victoria Miro's new exhibition of Avery's work, the first to be held in London for a decade. The works...

Sign up to be among the first to know when new exhibitions by Milton Avery or at Victoria Miro open.
Sign UpLogin