Alannah Farrell is a figurative painter who creates intimate portraits of individuals in moments of quiet reflection.

Farrell was born in Kingston, New York and spent their childhood in the Catskills—a densely forested region in upstate New York. Farrell's parents were both artists and introduced them to visual art at a young age.

Farrell moved to New York City in 2006, where they studied photography at The Cooper Union. This photographic training influenced their stark treatment of light and shadow in their paintings—so too did the diffuse light and dramatic natural landscape of the Catskills.

After completing their BFA in 2011, Farrell worked several odd jobs, including modelling. In 2019, Farrell modelled for painter Alix Bailey, who encouraged Farrell to exhibit their paintings. Shortly thereafter, Farrell held their first show at the Painting Center (2019), followed by several exhibitions with Thierry Goldberg Gallery and multiple online shows.

Farrell creates ethereal, dimly lit paintings of their friends and members of New York's creative community, many of whom identify as LGBTQIA+. Typically depicting their subjects at dawn or dusk in domestic settings, Farrell uses colour, light, and shadow to create contemplative, dream-like moods.

Farrell's subject matter explores the various anxieties, identities, and ideas of their peers. In particular, their paintings examine job insecurity, the impact of social media, mental health, and an expanding discourse surrounding race, gender, and identity.

Using intimate interior spaces as sites of security and vulnerability, Farrell's paintings often allude to the personal narratives of their subjects. Sanctuary (Madgalena) (2019), which featured in Farrell's 2019 show at the Painting Center, depicts a half-dressed woman reclining across a bed in a small room. The woman is Farrell's friend, a child of immigrant parents who has been financially independent from a young age. With her eyes downcast, she is at once at home in her space and subject to the economic constraints that confine her.

In addition to representing the strength of their peers, Farrell's paintings also examine personal and collective experiences of gender identity and queer life. In Kay (Power) (2021), a seated person covered chest to arms in tattoos holds the viewer firmly in their gaze, while touching a jacket with the insignia 'Gay Power' draped over their knee.

Farrell's 2020 online solo show at Thierry Goldberg Gallery, A Night in June (2020), marked a turn to greater self-reference. Investigating their own experiences with gender dysmorphia, the exhibition included a number of self-portraits, such as After Otto (2019). In 2021, Farrell's solo show History of Violence opened at Anat Ebgi Gallery in Los Angeles. The show continues Farrell's increased exploration of self-portraiture, including a representation of the artist defiantly facing the viewer with a bloodied nose in the exhibition's titular painting.

Farrell accepted representation with Harper's Galllery in New York in 2020. Their debut solo show with the gallery is planned for 2022.

Their work has also featured in various art fairs, such as EXPO Chicago and Frieze New York. 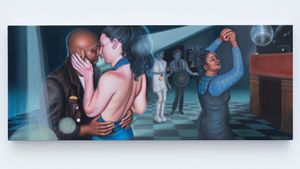 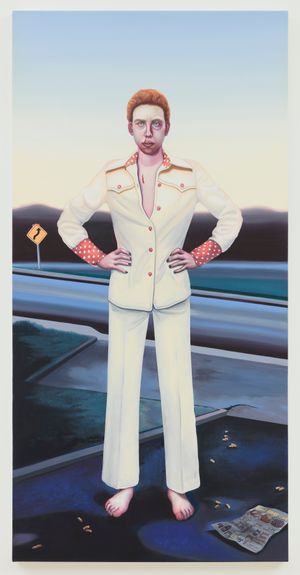 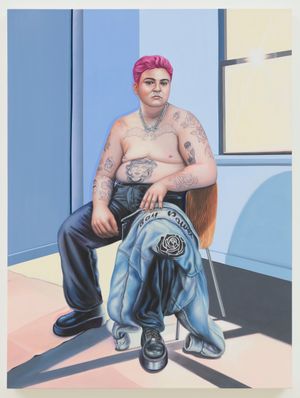 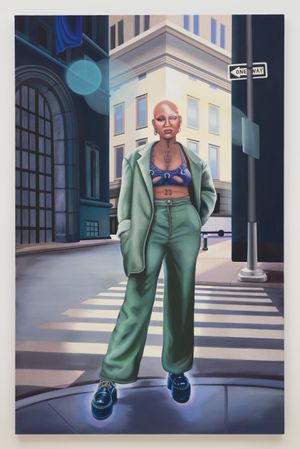 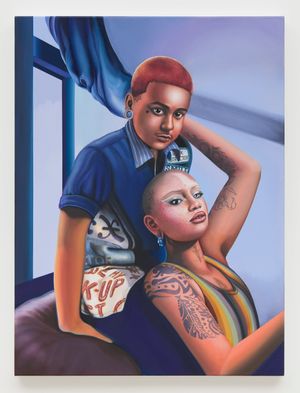 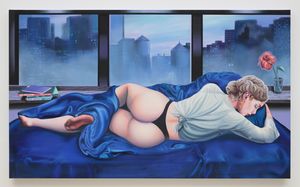 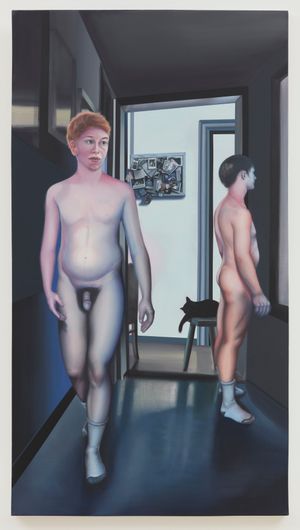 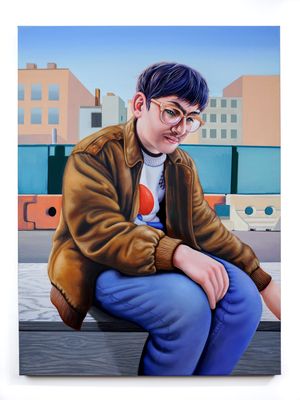 Be among the first to know when new artworks and exhibitions by Alannah Farrell are added to Ocula.
Sign UpLogin