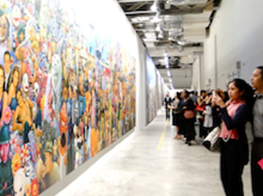 Ocula Feature If Pigs Could Fly: A Report From Art Stage Singapore By Sherman Sam, Singapore

No art fair is complete without an inflatable, in this case a bright pink, flying pig (well actually this one doesn’t fly, but not every one can do a Pink Floyd). This larger-than-life work, Love Me (2013) by Jeong-Hwa Choi at the Vannessa Qwang Gallery, inflates then deflates slightly at a gentle pace, bringing one gallerist to remark... 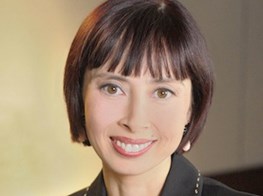 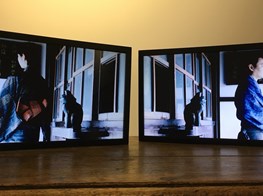 This week gave me a chance to consider human intervention in our environment. If Sondra Perry’s opening at the Serpentine uses digital tools to make our dark history extremely contemporary, Open Space Contemporary’s Adventitious Encounters exploits its location to explore our desire for nature in a technologically saturated world. The former... 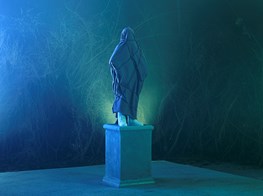 November is a big month for Shanghai. From 10 to 13 November 2016, ART021 Shanghai Contemporary Art Fair will open its doors at the Shanghai Exhibition Center. Now in its fourth year, the fair is an officially sanctioned project of the 18th China Shanghai International Arts Festival and includes the participation of 84 galleries from 18 countries... 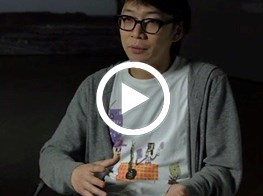 London-based, Japanese artist Hiraki Sawa’s videos explore psychological landscapes, unexpected worlds and the interweaving of domestic and imaginary spaces.  Populated with animals, inanimate objects and people, his characters search for their ‘place’ in the universe as he explores ideas of memory, displacement and... 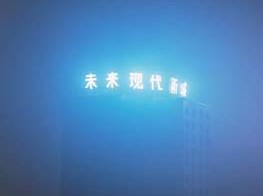 Art Fair Tokyo’s tenth anniversary edition, set to open on March 20, will bring the fair’s focus back firmly on Japan, with special curated sections devoted to Mono-ha, the Rimpa school, and past Japanese representatives to the Venice Biennale.

Be among the first to know when new artworks and exhibitions by Hiraki Sawa are added to Ocula.