Australia-based artist Huseyin Sami is known for his performative experimentations with synthetic paint.

Born in 1979 in London, UK, Huseyin Sami moved to Australia as a young child. He holds a BFA (2000) and master's in Visual Arts (2003) from Sydney University (Sydney College of Arts). In 2006, he spent six months at Modern Art Oxford, using the proximity to major museums to expand his research.

In the early years of his practice, Sami began exploring with the potentials of paint through unusual techniques including pouring the material through perforated surfaces (part of his Painting Machine series [2003—ongoing]), painting with his feet while lying on the floor, and painting with a nine-metre-long brush.

Around 2014, Sami began producing works by cutting dried paint and draping it on surfaces and supports. Applied to a new surface, the paint appears wrinkled and intimate, like laundry or other domestic textiles frozen in time. His 2015 exhibition Whisper from a Band of Myth Makers at Sarah Cottier Gallery in Sydney saw him stretch pastel 'skins' of paint over wire and onto canvas.

Oftentimes, the draped textures of Sami's paintings suggest bodily connotations. For his solo exhibition matter and colour (2020—21) at Taubert Contemporary in Berlin, Sami presented works in soft, muted pastels and black, white and grey. Due to their seemingly fragile, wet-looking surfaces resembling skin, the works exuded a soft sense of eroticism. 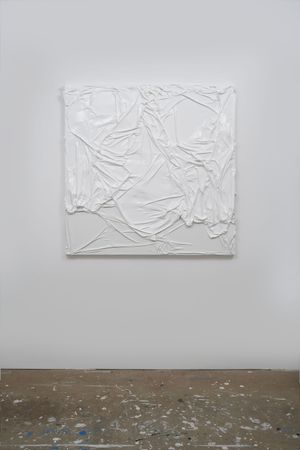 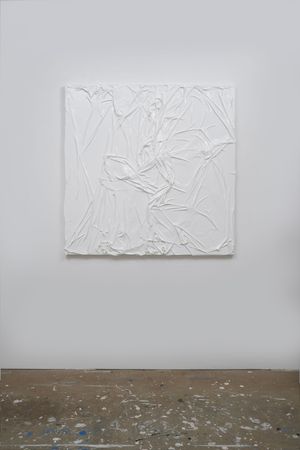 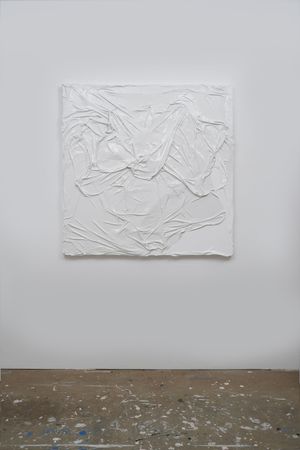 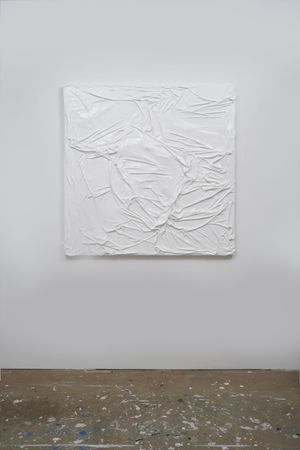 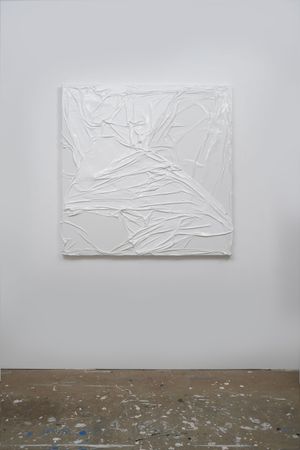 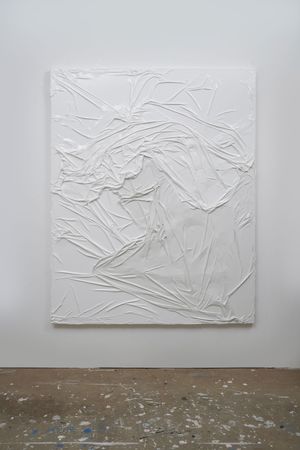 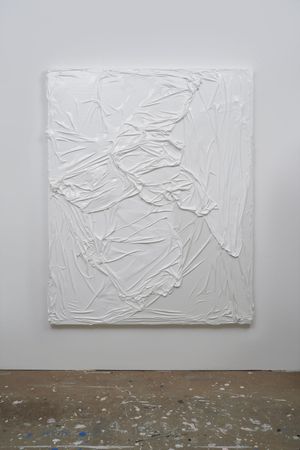 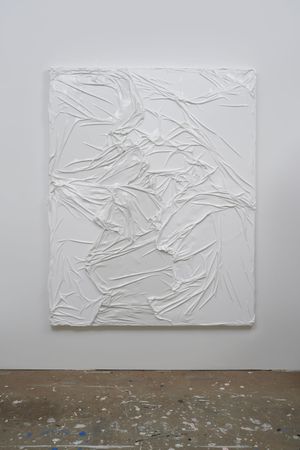 Be among the first to know when new artworks and exhibitions by Huseyin Sami are added to Ocula.
Sign UpLogin