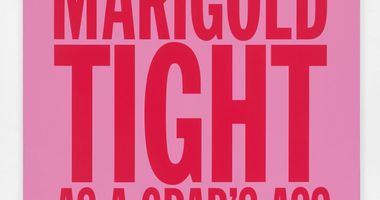 American poet and performance artist, John Giorno, is considered a leading figure of the Beat Generation, a group of American post-World War II writers who came to prominence in the 1950s through the cultural phenomena that they both documented and inspired. Born in New York in 1936, Giorno graduated from Columbia University in 1958. He briefly worked as a stockbroker in New York before meeting Andy Warhol in 1962. The pair became lovers and Warhol remained an important influence for Giorno’s developments on poetry, performance and recordings.

Further inspired by subsequent relationships with Jasper Johns and Robert Rauschenberg, Giorno began applying Pop Art techniques of appropriation of found imagery to his poetry, producing The American Book of the Dead in 1964. That same year, he began applying cut up and montage techniques to found texts. His first audio poem piece of this sort was played at the Paris Museum of Modern Art Biennale in 1965. He founded the not-for-profit production company, Giorno Poetry Systems, and organized a number of multimedia poetry experiments and events, including Dial-A-Poem. In 1970, his Dial-A-Poem installation at the Museum of Modern Art, New York, connected words and images to confront audiences with poetry in different contexts.

In 2008, the first career-spanning collection of Giorno’s poems, Subduing Demons in America: Selected Poems 1962-2007, was published. His first solo show, Black Paintings and Drawings, was held at Nicole Klagsbrun Gallery in New York in 2012. Giorno is an AIDS activist and fundraiser, and a long-time practitioner of the Nyingma tradition of Tibetan Buddhism.

View All (5)
Open Now 12 October–13 November 2021 John Giorno Almine RechLondon
Closed 1–22 May 2021 Group Exhibition I know where I'm going / Who can I be now The Modern InstituteOsborne Street
Closed 14 November–12 December 2020 Group Exhibition All In One. One Work By Each Gallery Artist Galerie Eva PresenhuberRämistrasse, Zürich
Current & Recent ExhibitionsView All (5) Exhibitions

As its title suggests, Ugo Rondinone: I ♥ John Giorno is both a valentine from a sweetheart and an open invitation to explore the legacy of an iconic New York poet. In celebration of John Giorno's e

Read More
Related Press A Spin Through All 13 Venues of ‘Ugo Rondinone: I ♥ John Giorno’ in New York 21 June 2017, ARTnews

Tonight, on the longest night of the year, 13 different venues will play host to the stateside edition of Ugo Rondinone: I ♥ John Giorno, a massive exhibition of work by the artist John Giorno prese

25 new artworks by John Giorno have recently been added to Ocula. Sign up to be among the first to know when new works become available.
Sign UpLogin