Central to Noritaka Tatehana's often boldly coloured, minimalist sculptures and paintings is the meeting of traditional Japanese craft with contemporary sensibilities. Noritaka is the creator of the heel-less shoes, which have now become one of the most iconic designs of contemporary fashion.

Noritaka Tatehana's heel-less shoes derive from his long-standing interest in traditional Japanese culture and his particular fascination with oiran, the highest-ranking courtesans in Japan from the Edo to post-war periods. Among their accessories was takageta, tall platform clogs that symbolised oiran's status above other courtesans through their height.

Inspired by the ability of fashion to signal social status, Noritaka created his signature shoes, which retain the high platform of takageta while resembling Western high-heeled shoes in their profile. Noritaka's heel-less shoes are diverse in design, and range in appearance from floral patterns and crystal studs to Japanese plaited cords. Though impractical, they are still wearable, and garnered wide public attention in 2010 when American celebrity Lady Gaga appeared wearing them.

Beyond his heel-less shoes, Noritaka Tatehana has continued to incorporate aspects of traditional Japanese culture into his work. In 'Hairpin Series' (2014–2019), the elaborate hairpins of oiran are reimagined at an exaggerated scale as sculptures that resemble abstracted gates or butterflies, and are coated with idiosyncratic patterns. WOODCUTS, Noritaka's 2019 solo exhibition at Kosaku Kanechika in Tokyo, saw the artist create wall-mounted and floor sculptures in the shape of red parallelograms featuring five vertical incisions in reference to the Japanese tradition of incense burning.

Historical and commonplace objects in Japanese culture appear to be suspended in 'Void Sculptures', in which they are encased inside blocks of transparent acrylic: Noritaka engages with the traditional Japanese art of swordsmithing for Void Sculpture (2019), in which he suspendss a blade forged by a master swordsmith; Void Sculpture (2020) presents a pair of Japanese scissors seemingly floating among clouds within its frame. 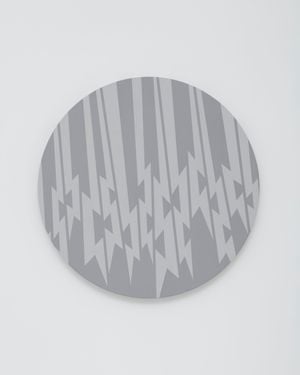 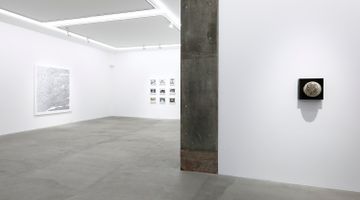 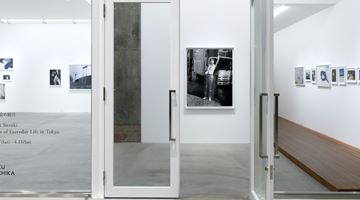 Be among the first to know when new artworks and exhibitions by Noritaka Tatehana are added to Ocula.