Walter Swennen is known for his radical, experimental and associative approach to painting, which is perhaps best summarised as a belief in the total autonomy of the artwork. For Swennen, a painting does not need to be 'emotive' or 'understood': the primary goal of painting is, quite simply, painting. Everything – form, colour, subject – comes from the outside. A poet before he became a painter, it is perhaps no coincidence that Swennen perceives painting to be an act of translation and that language plays a vital role in his practice. In the early 1980s, Swennen stopped writing poetry and switched to painting as his primary means of expression. Although his oeuvre varies greatly in scale, style and materials, it can be construed as an on-going exploration into the nature and problems of painting (its potential and limitations), the fundamental question of what to paint (subject matter), and how (technique). Often working on supports made from found objects, such as sheets of old plastic or salvaged wood, Swennen allows his chosen imagery to float loosely atop a background made up of more allusive elements, such as blocks of colour, dripped paint or unusual textures. The images he deploys are often derived from popular culture, advertising and magazines, or take the shape of everyday objects such as wine bottles or bicycles. The way that he handles motifs – he takes them as he finds them, high or low, and manipulates them at will – is akin to a kind of visual poetry that harks back to his early career as a writer. Freely associative, and above all humorous, Swennen's paintings explore the relationship between symbols, legibility, meaning and pictorial treatment. 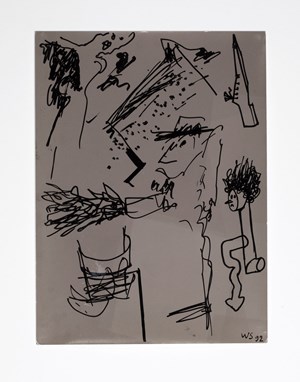 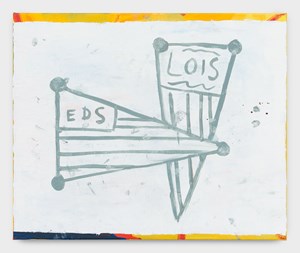 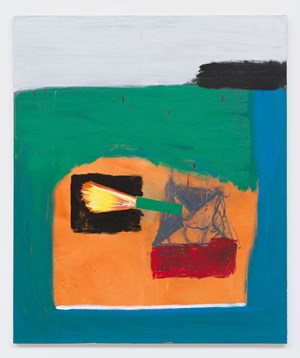 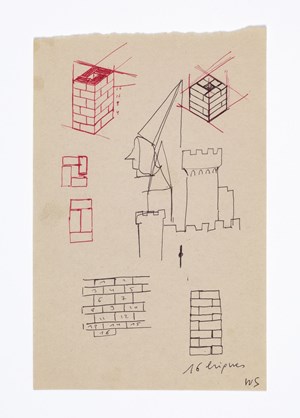 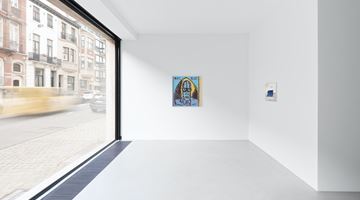 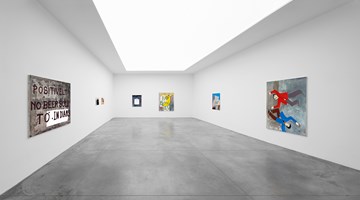 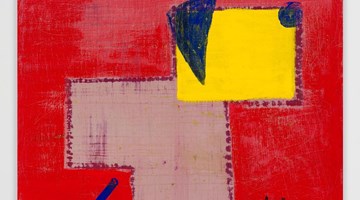 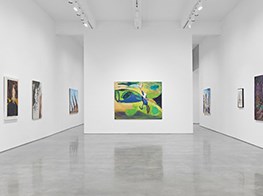 As its title suggests, Sputterances has much to do with language - specifically the degrees to which an artist succeeds or fails at communicating an idea and the ways in which the content of paintings can be 'read'. The exhibition includes the work of 21 visual artists and a poem contributed by Ben Lerner, which is printed on card with an... 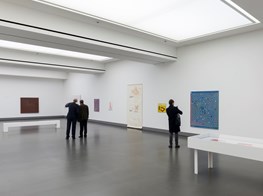 After initially working in the field of poetry and performance Walter Swennen (born 1946) developed an extensive artistic oeuvre since the early 1980s that makes decided use of painting as a pictorial medium. In the process, the artist retains a conceptual proximity to a painting that is now once again all too gladly elevated as art’s supreme... 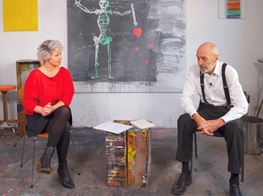 Walter Swennen in conversation with writer and actor Isabelle Wéry, on the occasion of his exhibition 'Parti chercher du white spirit' at Xavier Hufkens (27 January—27 February 2021). Video by Armand Morin 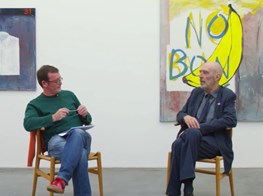 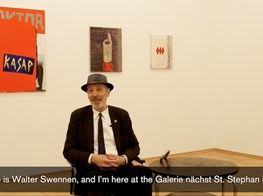 Be among the first to know when new artworks and exhibitions by Walter Swennen are added to Ocula.