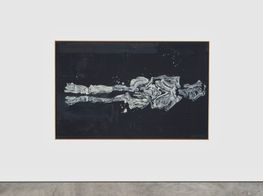 The Paris museum described the show as 'the first all-encompassing exhibition' of the German expressionist giant.

The Centre Pompidou, Paris, has shared images and details of its upcoming Georg Baselitz exhibition, entitled Baselitz: The Retrospective.

Curated by Bernard Blistène, the exhibition will take place in Gallery 1 on the museum's sixth floor from 20 October 2021 to 7 March 2022.

The retrospective will canvas six decades of art making in chronological order, emphasising key periods in the artist's development along the way. These include works made after Baselitz wrote his abject Pandemonium Manifestos (1961-62) and the upside-down paintings begun in 1969. 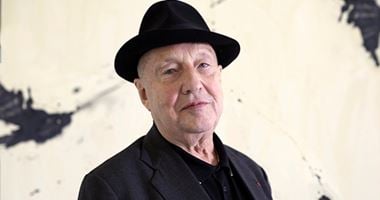 The exhibition will also highlight his references to other painters such as Edvard Munch, Otto Dix, and Willem de Kooning.

Artworks include early pieces such as The Big Night Down the Drain (1962-63) and Ralf III (1965), upside-down paintings The Girls of Olmo II (1981) and Read in the Cup the Cheerful Yellow (2010), and the three-metre-tall bronze sculpture Zero Dome (2015), which will be displayed in front of the Académie Française building.

Baselitz was born in Nazi Germany in 1938 and raised under the Communist regime of the German Democratic Republic (GDR). A frequent source of controversy, he was expelled from the East Berlin art school for 'socio-political immaturity' after referencing Pablo Picasso in his work.

'I was born amid an order destroyed, in a landscape of ruins, a people in ruins, a society in ruins,' he told Artforum in 1995. 'And I didn't want to establish a new order. I had seen more than enough of so-called orders. I had to question everything, I had to become 'naive' again, to start over.

'I have neither the sensitivity nor the education or philosophy of the Italian Mannerists. But I am a mannerist in the sense that I deform things. I am brutal, naive and Gothic,' he said.

Previous retrospectives of his work include Georg Baselitz: A Retrospective at the Royal Academy of Arts, London in 2007 and Georg Baselitz at the Solomon R. Guggenheim Museum, New York, in 1995. —[O]