Activists glue themselves to Giampietrino's The Last Supper (circa 1520). Courtesy Just Stop Oil.

Just Stop Oil activists glued themselves to the frame of Giampietrino's The Last Supper (circa 1520) on Tuesday to protest the British government's support of new oil and gas projects. The words 'No New Oil' were spray-painted on the wall beneath the painting.

'No painting is worth more than my six-month-old nephew's life,' said protestor Jessica Agar, a 21-year-old art student from Hereford. 'No sculpture can feed babies starving because extreme heat killed food crops.'

'If the directors of this gallery really believe that art has the power to change the world,' she continued, 'then I demand that they claim that power, close and refuse to open until the government commits to no new oil.'

A spokesperson for the Royal Academy told The Daily Telegraph that 'the room has been closed to the public' and that 'the police have been called upon the protesters' request.'

The Royal Academy was the fifth art institution disrupted by Just Stop Oil in the last week.

They also glued themselves to the frames of famous paintings including Van Gogh's Peach Trees in Blossom (1888) at the Courtauld Gallery, J.M.W. Turner's Tomson's Aeolian Harp (1809) at the Manchester Art Gallery, and My Heart's in the Highlands (1860) by Horatio McCulloch at the Kelvingrove Art Gallery and Museum in Glasgow. 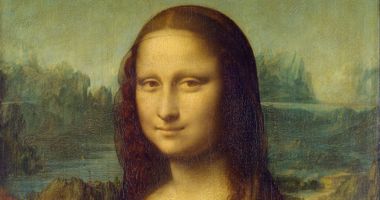 Two protestors also glued themselves to the frame of the John Constable painting The Hay Wain (1821) at the National Gallery in London after first covering the canvas in a reimagining of the pastoral work with aeroplanes, highways, factories, fire, and smog.

'I'm here because our government plans to licence 40 new UK oil and gas projects in the next few years,' said Hannah Hunt, a 23-year-old psychology student from Brighton.

'This makes them complicit in pushing the world towards an unliveable climate and in the death of billions of people in the coming decades,' she said.

Staff at the National Gallery told The Art Newspaper that 'The Hay Wain suffered minor damage to its frame and there was also some disruption to the surface of the varnish on the painting, both of which have now been successfully dealt with.'

People affiliated with Just Stop Oil have also staged interventions at locations other than art institutions, spraying and pouring red paint over the Treasury and the Queen Elizabeth Building in Edinburgh, in actions that implied the government would have blood on its hands.

On 3 July, protestors invaded the track at Silverstone to disrupt The British Grand Prix.

Asked if they will continue targeting artworks, a spokesperson for Just Stop Oil said, 'We love our history and culture too much to just allow it all to be destroyed by the breakdown of our society.'

'Young people's future is being burnt in front of their eyes, and it is the government pouring petrol on the flames,' they continued. 'Supporters of Just Stop Oil will continue to peacefully disrupt whatever it takes until the government agrees to halt all new fossil fuel projects.' —[O]