Pace Gallery yesterday announced its representation of Mexican-American painter Virginia Jaramillo, best known for her abstractions that imbue minimalist painting with an emotional and contemplative resonance.

Of Mexican descent, Virginia Jaramillo was born in El Paso, Texas, in 1939. She was raised in Los Angeles where she studied at Manual Arts High School and the Otis Art Institute. Her early large abstractions were shown at Los Angeles County Museum of Art's annual exhibition series in 1959 and 1961.

Jaramillo found acclaim in New York's SOHO art scene in the late 1960s with solid fields of vivid colour crossed by thin curving lines. Her work was selected for the DeLuxe Show (1971) in Houston — one of the first racially integrated art exhibitions in the United States — and the 1972 Whitney Annual.

After making stained paintings, in which she thinned paints to encourage the colours to bleed, in the 1970s Jaramillo quit painting on canvas altogether in favour of exploring new material possibilities for geometric abstraction. It was only in 2017 that Jaramillo returned to the canvas.

Her 21st-century paintings bring that same crispness of line and colour in her 1960s paintings to bear on contemplations of science, history, place, and classical and sacred geometries.

Marking the recent resurgence of interest in her work, Virginia Jaramillo held her first solo museum show at Houston's Menil Collection in 2020. The following year, she exhibited new paintings including the 12-foot-wide works, Quantum Entanglement (2019–2020) and Quanta (2021), at a solo show with the Parish Art Museum in New York.

Jaramillo's first museum retrospective will be held next year at the Kemper Museum of Contemporary Art in Kansas City.

Jaramillo will debut with Pace at Frieze Seoul in September, and have her first solo show with the gallery in Los Angeles in May 2023.

'We look forward to sharing both her recent and historic works with new audiences around the world,' Glimcher said. 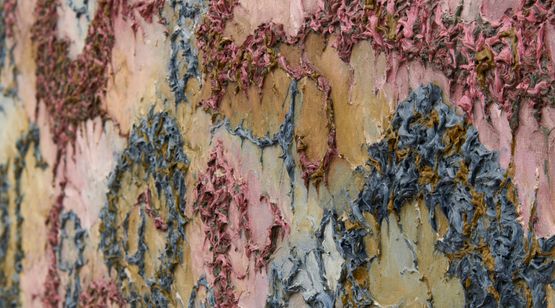 In another move for a trailblazing female painter, it was announced this month that Richard Saltoun Gallery will represent the estate of Hong Kong born feminist artist and art theorist Rosa Lee. In the 1980s and 1990s, Lee defied conventional abstraction in the U.K., combining Western and Asian influences in a form of decorative abstraction that disrupts hierarchies of fine arts and craft.

Belgium-born American artist Harold Ancart, who departed David Zwirner in March, leapt to another mega gallery this month, signing on with Gagosian. 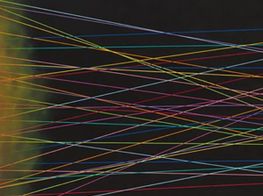 Best known for her bold, meditative minimalist abstractions, Mexican-American painter Virginia Jaramillo has been expanding the perceptual and material possibilities of minimalism and geometric abstraction for more than six decades. She exhibited in 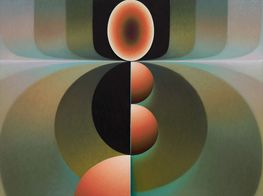 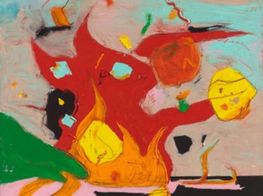 From the heat of a New York summer, to layers of graffiti on a handball court, Belgian artist Harold Ancart distils his experiences and encounters into painterly, abstract two- and three-dimensional artworks. Early Years Born in Belgium in