Who Was Shortlisted for the BMW Art Journey 2021? 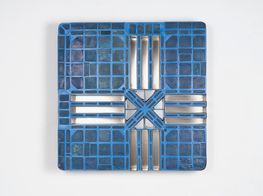 Leelee Chan received the opportunity in 2020, the worst year to travel in living memory. She had a blast.

BMW announced the nominees for the BMW Art Journey in Hong Kong today.

The shortlisted artists will submit proposals for their ideal journeys, with the winner to be announced in the northern hemisphere summer.

Last year's winner, Hong Kong artist Leelee Chan, planned a close study of materials that would take her to a Mexican cave where crystal is formed, Italian towns where marble is mined and sculpted, and Japanese factories where synthetic quartz is produced.

'It seemed impossible in a time like this to do a journey about tactile material and encounters,' Chan told Ocula Magazine. 'But I didn't want the whole experience to be through Zoom.'

While she was unable to visit Mexico and Japan due to the pandemic, she did make it to Italy, where she visited a marble quarry in Carrara.

'Lives are shaped by these materials,' Chan said, for better and for worse.

She said the marble quarry resembled a snowy mountain from a distance, but closer inspection revealed the dark side of mining. The practice destroys ecological systems, and quarry workers sometimes die from the stone collapsing.

For her BMW Art Journey project, entitled Tokens From Time, Chan also spoke to local artisans about the development of robots capable of carving sculptures for contemporary artists, potentially rendering the artisans obsolete.

'One craftsman was very stubborn,' she said. 'He's still using the same old tools sculptors have used since the Renaissance, but he thinks his hands are more accurate than the robot'.

'Another said there's nothing wrong with the robot because it can't replace him,' she continued. 'You need a deep understanding of the material and its limitations. And there are some parts of a form the robot can't reach.'

A work inspired by Chan's BMW Art Journey project entitled Circuit (New Moon) (2021) will be exhibited in the car brand's Wan Chai showroom until Sunday 23 May. The work is a sculpture made of plastic pallets — a material she associates with Hong Kong, a major shipping hub. It also incorporates a copper plate she was given by a coppersmith in Italy.

A book and a documentary are also being produced to chronicle Chan's journey.

Prior to embarking on her trip, Chan received some advice from Samson Young, the winner of the inaugural BMW Art Journey in 2015.

One thing going crazy did not entail was getting behind the wheel of a BMW. While British artist Abigail Reynolds rode a BMW motorcycle along the ancient Silk Road as part of her Art Journey in 2016, Chan doesn't hold a driver's license.

Despite facing some setbacks, Chan described her journey as a 'once in a lifetime experience'.

Her advice for the next winner is to 'visit as many places as possible, be very open minded, and don't be too fixated on the outcome.'

The jury described Creuzet as 'a traveler between genres and cultures', Park as someone whose work 'deals with notions of the individual versus the collective, nature versus conditioning', and Wang as an artist who 'brings us closer to understanding our place in the universe'.

Creuzet is represented by Parisienne gallery High Art, Park by Shanghai's Vanguard Gallery, and Wang by Capsule Shanghai, galleries that are all participating in the Discoveries section of Art Basel in Hong Kong this year. —[O]