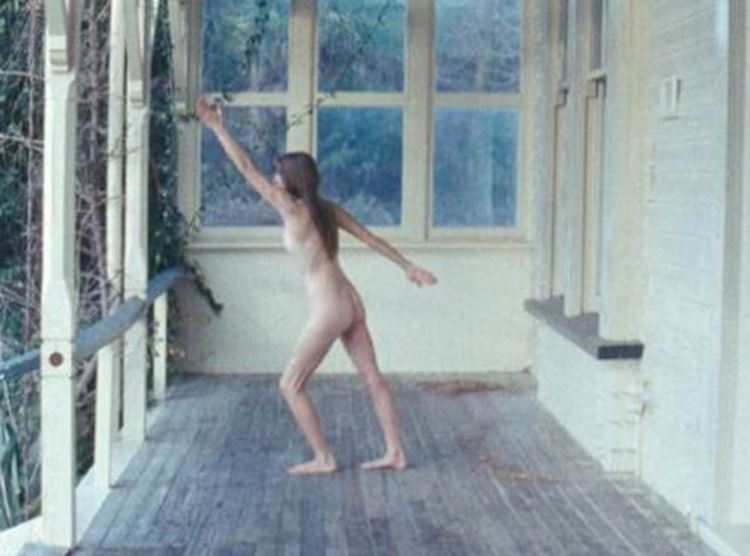 Still from 'Peloha' (2009) by Louise Menzies. Image courtesy of the artist

Occupying the lion’s share of exhibition space at the Auckland Art Gallery, Freedom Farmers is said to be the museum’s largest survey of contemporary art in the last twenty-five years. Curated by the gallery’s own Natasha Conland, the exhibition looks at how the utopian energy of the 1970s is being artistically deployed in present times. For a show about the 1970s, the big names of the 1970s New Zealand art scene are (refreshingly) absent: there are no Jim Allens, no Billy Apples and no Allie Eagles.

This particular period in the history of the Western world has been a point of interest for many recent exhibitions, but unlike these mostly historical surveys, Freedom Farmers specifically focuses on emerging artists and newly commissioned works.  The show does not appear to be interested in tracing a lineage of inheritance from this era. Instead, Conland insists on the creative potential of revisiting its ideals of ‘freedom and liberty.’

One of a crop of emerging artists on show, Xin Cheng’s works function as ‘propositions’ that encourage a responsive relationship to the environment. Her installation includes an edible native garden, tyres ‘repurposed’ as furniture and sculptural adaptations of everyday materials. Like many 1970s art practices, Cheng’s work expands in the social spheres outside the gallery. Nonetheless, her installation is expressly cited within the confines of the institution. Audiences are not invited to experience a functioning community garden, but one whose process of photosynthesis is induced by artificial light. While the spaces on the first floor of the newly redesigned Auckland Art Gallery have plenty of access to natural light—a beautiful aspect of the new building—Cheng’s garden is specifically installed in a darkened room. The white walls of the gallery work both to draw attention to, but also artificially suspend the kind of social activism that her work otherwise generates. This speaks to a fascinating institutional tension that permeates many of the works in Freedom Farmers. Crudely put, the question remains: do we still want to change the world or are we simply interested in the green aesthetics of change? Are we attracted to the retro vibe of the 1970s or the actual political disturbances of that era?

The chairs function as strangely bureaucratic surrogates for human bodies; their ‘herding’ in the gallery courtyard suggests a form of political control that speaks to the dystopian underbelly of utopian dreams.

While Cheng’s installation engages in social actions that move beyond the confines of the institution, the elusive collective et al. creates zones of social control. Too little has been written about the evocative and frankly unnerving spaces created by the collective. Et al.’s practice bridges the generational divide between the artists of the 1970s and today’s recent cohort. Indeed, the collective’s influence is clearly evident in the work of younger artists Dan Arps and Martin Basher whose staged installations critique commercial viewing structures. While Arps and Basher’s works engage with consumerism, et al.’s manipulated environments evoke forms of social and political control. Near the gallery’s swish new café, a herd of grey office chairs have been sprayed with pink graffiti and corralled into an outdoor courtyard that is barred-off with wire fencing. The chairs function as strangely bureaucratic surrogates for human bodies; their ‘herding’ in the gallery courtyard suggests a form of political control that speaks to the dystopian underbelly of utopian dreams. Et al.’s installations confront the viewer with the cold facelessness of institutional spaces. This is no subtle perceptual experience and it is certainly not meant to be fun.

While the collective’s works are both banal and unnerving, Tessa Laird’s ceramic pieces are entirely enchanting, but no less critically acerbic. Laird is a writer, artist and academic who has made ceramic versions of the books consulted in her doctoral research on colour. These book-objects are replete with hand-painted covers rendered in pop-colours and include titles such as the 1970s ‘cult-hit’ The Secret Life of Plants and the anthropologist Claude Levi-Strauss’s The Raw and the Cooked. Many have devotional candles or religious arrangements emerging from their covers. Like her reading list, Laird’s work is a curious mix of innovation and kooky imagination. A beguiling material alchemy is at work here: books are transformed into objects, information turned into stone, and words made into weighty things moulded by human hands.

Shifting gears once more, Shannon Te Ao and Ian Frengley’s fantastically eerie film, Follow the party of the whale, is far removed from Laird’s witty pop-coloured creations. This film shows Te Ao wrapped in an old woollen blanket drinking from a series of water bottles arranged on the overgrown concrete ground of a seemingly abandoned outdoor space. Each time he sips, Te Ao tips his head back and spurts liquid into the air like a whale spouting water from its blow-hole. This action refers to a Maori proverb that warns of the strength of the sperm whale, while the overlooked place it occurs in is significant to the historical oppression of Parihaka Maori by colonial forces in the nineteenth century. Te Ao presents us with an intriguing ritual that is set against a backdrop of native green foliage whose ruffling leaves take on the ghoulish light of dusk. It is entirely transient and temporary, but a no less captivating commemoration of a hitherto unobserved history.

While I’m not a fan of pinning down artistic activity to the confines of a specific decade, Freedom Farmers does well to avoid a dogmatic adherence to the history of the 1970s. Indeed, I was greatly relieved not to see a copy of The Whole Earth catalogue included in the show. This is not because the creative force of the 1970s is insignificant or unworthy of attention, but because the diversity of artistic practices on show cannot be contained within its historical purview. From the enchanting material alchemy of Laird’s book-objects to the unnerving spaces created by the collective et al., Freedom Farmers makes it abundantly clear that great work is being made here and now.

Kate Brettkelly-Chalmers is a contemporary art writer, curator and teacher living in Auckland. She is a doctoral candidate at the University of Auckland whose current research examines the experience of time in art practices of the last fifty years. 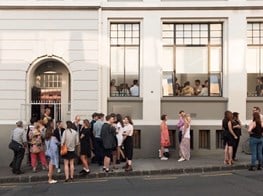 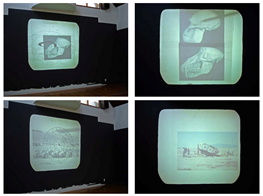 et al. is a collective name for a network of artists, identities and collaborators. et al. has exhibited extensively in New Zealand and abroad. Recent exhibitions include contemporary solidarity, CAST Gallery, in association with Ten Days on 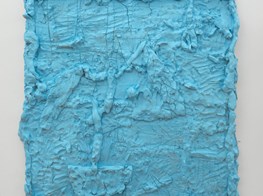 Dan Arps is a New Zealand sculptor, painter and installation artist, known for his exemplary skill in polyurethane casting, his voracious interest in different manifestations of printed and digital culture—pushing the boundaries over what 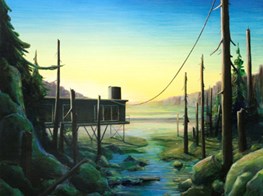 New Zealand-American, New York-based contemporary artist Martin Basher enlists the visual languages of advertising and retail in paintings and installations that mimic and investigate capitalist display aesthetics and the unspoken impulses of 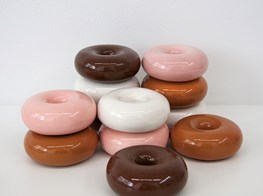 Steve Carr was born in New Zealand and completed a masters in fine arts at the University of Auckland, (Elam), School of Fine Arts. Since then his work has been in many major New Zealand and international exhibitions including Videos of New 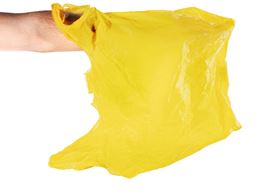 Richard Maloy was born in New Zealand in 1977, He studied at the University of Auckland and graduated with a master's degree in Fine Arts in 2002. Maloy works across a range of disciplines including sculpture, photography and video. In 2008 The New

Photographer Ava Seymour ‘s collaged photographs have been the subject of controversy since she began exhibiting in the early 1990s with the artist assembling images that reveal humanity’s dislocated engagement with the world. Seymour 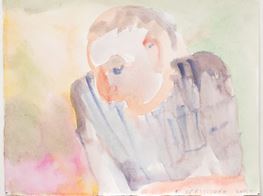 In 1998, a year after Francis Upritchard (b. 1976) graduated from the Canterbury School of Fine Arts in Christchurch, New Zealand, she re-located to London. Within two or three years of arriving she had become known for unusual sculpture made from 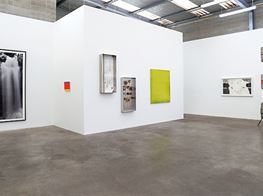 Jonathan Smart has been showcasing contemporary New Zealand art since 1987. The gallery is dedicated to the exhibition of contemporary visual art, ranging from painting and photography to sculpture and moving image work. Exhibitions change

Michael Lett opened in 2003. The gallery's focus has been on engaged, distinctive practices of both emerging and established artists making new work based (for the most part) within the Australasian region. The gallery represents a core group of 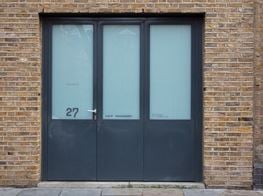 The gallery was founded by Kate MacGarry in 2002 on Redchurch Street, London, where some of our represented artists, including Goshka Macuga (Poland), Francis Upritchard (New Zealand), Ben Rivers (UK) and Dr Lakra (Mexico) had their first 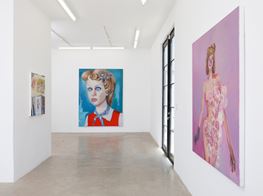 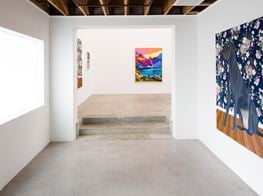 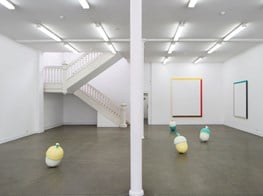 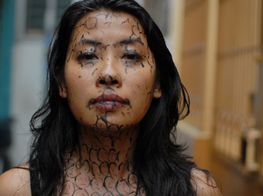 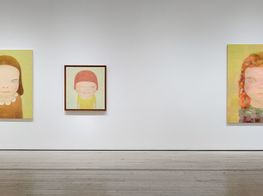 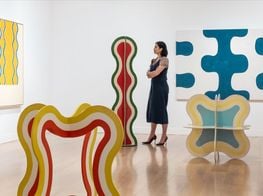 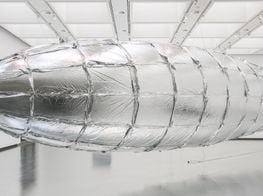