The former Air Force Command Headquarters in Taipei, covering an area of ​​70,000 square metres in the city's Da'an District, became a cultural experimentation ground when the Taiwan Living Arts Foundation established the Taiwan Contemporary Culture Lab (C-LAB) on the site in 2018. The site's recent show, Yao Jui-Chung's Republic of Cynic (R.O.C.) (1 May–5 July 2020), is particularly noteworthy for the return to site that it marks for the artist. Born in Taiwan after the lifting of martial law, Yao completed compulsory military service in the Taiwanese air force as a young man, during which time he visited the Headquarters, though he was positioned at another base.

Originally conceived in 2007 for an exhibition at non-profit space VT Artsalon, Republic of Cynic is a reflection of the waves of social change that the artist has witnessed in the country, and in turn the shifting identities of its people: the staging of a fictional country known as the 'Republic of Cynic', which lives as a 'parasite' in the Republic of China (Taiwan's official name), its host.

Yao designed a yellow and blue national flag for his republic, which features two beast-human hybrids, their posteriors coming into contact to form an 'X' shape. The flag references a late-1978 dispute between Taiwan and the U.S., when the latter severed diplomatic ties with China. Taiwan insisted on government to government relations, while the U.S. insisted on a people to people mantra. According to Yao, these terms were commonly referred to as 'anus to anus' in the case of the former, and 'buttocks to buttocks' in the latter, due to their phonetic similarities in Mandarin—an anecdote that served as the basis for Yao's absurdist grand narrative. 'The world is full of absurdities of exploiters and exploited people', he has said. 'Therefore, I use the Republic of Cynic to insinuate the status quo of many countries and deconstruct our concept of a country's solidity with humour.'

Entering the Embassy of the Republic of Cynic, viewers encountered a checkpoint manned by a person in uniform who requested to see passports issued as part of the show. Viewers were led through a red-carpeted corridor flanked by a series of flags, each positioned next to a doorway. Through these doorways and beyond, were four commissioned videos that Yao created for this exhibition in reference to specific historical events, including a re-staging of the 1969 moon landing at the Tianliao Moon Landscape Park in Kaohsiung in Republic of Cynic: 1969 (2020), which shows an astronaut replacing the American flag with that of Yao's R.O.C.

The irreverence continued in Republic of Cynic: 1979 (2020), which interprets anti-American demonstrations in Taiwan in the form of a posing bodybuilder who strips out of riot police clothing as he is pelted by eggs; while Republic of Cynic: 2001 (2020) explores 'antagonistic yet symbiotic relations between terrorism and political regimes in the contemporary world' in reference to 9/11. Scenes reminiscent of a Hollywood action film show the artist dressed in an outfit tailored for the Yanshui Beehive Fireworks Festival—a yearly event in Tainan City—surrounded by detonating fireworks.

On the building's second floor, a series of paintings hung on damp and peeling walls depicted the figures shown on the Republic of Cynic's flag engaging in absurd and erotic actions in one room, while in another, the video Republic of Cynic: 1989 (2020) was screened. Filmed on the square at C-LAB, the video re-enacts the moment the famous 'Tank Man' stood in front of a series of tanks as they left Tiananmen Square during the 1989 protests in China. The central props in the work are a series of inflatable Type 59 tanks, which were made in China and delivered to Taiwan according to the artist's order.

In another dimly lit room, a series of six large black and white images captured the artist urinating at various sites. Titled Territory Takeover (1994), each photograph in this multimedia installation is framed by a garish gold frame adorned with a sculptural gold toilet positioned at the bottom of each structure. Created just before the artist began his military service and presented in the Taiwan Pavilion at the 1997 Venice Biennale shortly after he completed that service, the installation points to the artist's early explorations of sovereignty, in which the act of peeing reflects the act of claiming space. The artist mimics the act of 'spraying' in various settings—from atop a disused canon to the side of a bunker.

While works in the U.S. Aid Building confronted nationalist identity, works in Chung-cheng Hall explored political decline. The two-storey building, which used to serve as an auditorium, is empty except for various slogans that still exist there, such as 'we fight for the benefit and safety for our people'. Upon entering, a bright orange wall served as the backdrop for a series of four photographs from the series 'Liberating Taiwan' (2007), which picture the artist dressed as a generalissimo in black jacket, red five-pointed star cap, and white gloves, hovering in the sky like a ghost with his right hand raised in front of important state buildings, including the National Chiang Kai-shek Memorial Hall and the Presidential Office Building.

Projected onto a screen on the auditorium's stage was the artist's film, Long Live (2011–2012), which was shot on the island of Kinmen in the Taiwan Strait, in close proximity to China—a proximity that has been narrowed in recent years through Chinese land reclamation for a new airport being constructed in the city of Xiamen, along with plans for a bridge between this airport and the island. Kinmen has been at the heart of cross-strait tensions, positioned at the forefront during Taiwan's decades-long Cold War stand-off with China.

In the film, the same generalissimo character portrayed in 'Liberating Taiwan' navigates ruins on the island as he repeatedly shouts, 'ten thousand years!' over an air strike alarm—a phrase that was once addressed to emperors, that is now used in China and Taiwan to wish a country longevity.

The force of Yao's performance connects with the function of the 'cynic' as a figure whose performative method is aimed at awakening people through a deconstruction—or rejection—of reality. Throughout Republic of Cynic, Yao inhabits history's spectres in order to awaken its glitches and glares; to release ghosts stuck in broken cycles of repetition, whose warnings remain unheeded. With the region heating up in what some have called a new cold war, this sense of a historical fade might explain why Yao's show has not prompted much public discussion.

As if a reflection on this state of affairs, we see the artist's generalissimo floating again in Chung-cheng Hall, this time above Mount Jade, the highest mountain in Taiwan, in the 8mm film Mt. Jade Floating (2007). Wearing a white-gloved hand, he waves farewell.—[O] 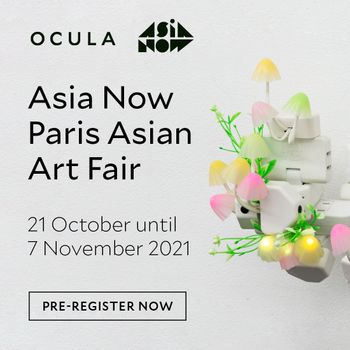