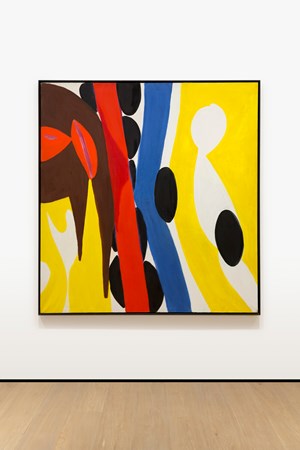 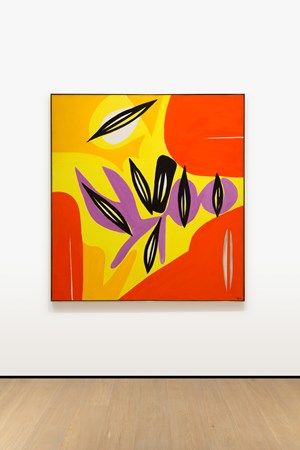 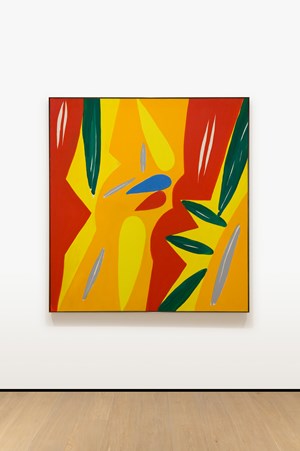 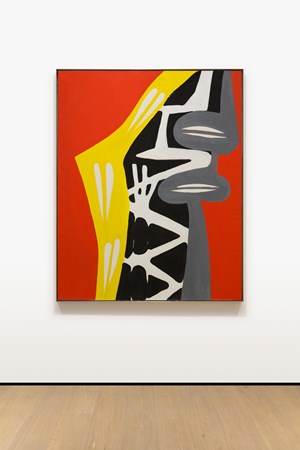 Almine Rech Gallery is pleased to announce the first London solo exhibition by German artist Ernst Wilhelm Nay, marking the representation of the artist by the gallery. The exhibition has been prepared in cooperation with the Ernst Wilhelm Nay Foundation, Cologne, and Aurel Scheibler, Berlin.

The painter Ernst Wilhelm Nay (1902–1968) is one of the most well known postwar German artists of the twentieth century yet rarely seen and little known in the UK. His abstract paintings are found in nearly all important public and private collections devoted to the postwar period. Lesser known however, and up to now largely underestimated, are Nay's late works from the 1960s, which were primarily executed in the years after Nay's participation at documenta III in 1964 up to his untimely death in 1968. The London exhibition focuses on that period, enhanced by a group of historical paintings drawn from private collections. The show reveals an artist who — with his bright colors and dynamic, two-dimensional forms that extend beyond the pictorial space — seems surprisingly far more rooted in the present than in the past.

The pictorial and graphic œuvre of Ernst Wilhelm Nay spans almost half a century, having begun in the mid 1920s and ending in 1968. The exhibition looks at an extraordinary artistic development, one of constant transformation within the interstitial divide between abstraction and figuration, brought to an abrupt end by a sudden heart attack in April 1968 when Nay was 65 years old. The span of Nay's artistic career coincided with one of the most tumultuous epochs in the history of mankind, with its epicenter in Germany. Early on he was championed by the likes of Paul Westheim, Alfred Flechtheim and Karl Buchholz as one of the most promising upcoming artists in Berlin. No sooner had the Nazis come to power in Germany than his work gained immediate negative attention in the Fascist and steeply conservative media and, not surprisingly, his work found its way a few years later into the ominously famous Entartete Kunst exhibition, upon which he was forbidden to exhibit in Germany. Immediately after the war, however, Nay's artistic career received huge accolades, not only in Germany, but in Europe, and soon after in the US. His work occupied a central place in the first three documenta exhibitions and represented Germany in the 1956 Venice Biennale.

Though steeped in the Expressionist atmosphere of the time, the human presence nurtures Nay's artistic vision and imagination from the outset, and even when he turns to landscapes the human figure is rarely absent. As Nay progressed, he began to distance himself from the 'realistic motifs'[1] of his early works and move further into increasingly abstract depictions of the human form. But, in truth, the one-way journey from representation to abstraction accomplished by Kandinsky (whom Nay met when he was stationed in France in 1943) never seemed to hold great appeal to Nay — who preferred to be free to alternate, oscillate, or even conjugate between the two worlds. In fact, he seemed to be constantly activating a toing-and-froing across the two practices, without ever declaring his monogamous attachment to either figuration or abstraction.

Nay's paintings succeed in being resolutely the fruit of their anxiety-ridden epoch, without ever giving in to some taciturn results: quite the contrary, there remains throughout Nay's extraordinary œuvre an abiding underpinning source of joy, or fun — of faith in humanity.[2]

Sign up to be among the first to know when new exhibitions by Ernst Wilhelm Nay or at Almine Rech open.
Sign Up