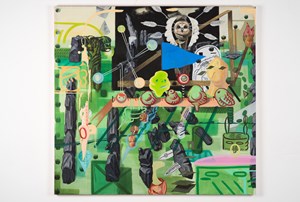 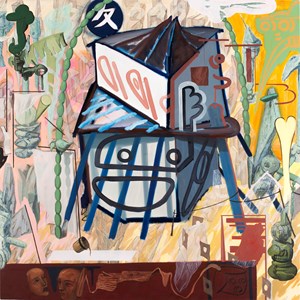 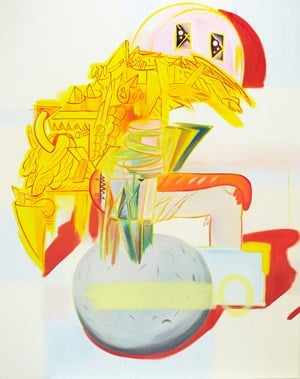 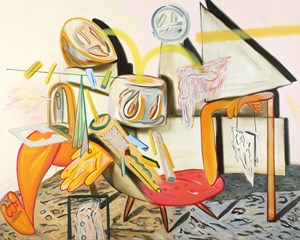 As an experiment of the narrative reading of a painting, On Evenness is an exhibition that ultimately asks fundamental question about what makes a painting and how it is viewed. Contemporary critical consensus has come to define painting as an image object. Something to be considered primarily for what it appears to be, followed by what it actually is. Baik Art is pleased to present our first solo show of Park Kyung Ryul, an artist who thru her own wonderful world of painterly language adds significantly to the contemporary conversation of how a painting exists and operates in todays world.

Based on this question, the exhibition consists of 40 paintings, ceramics, and sculptures arranged to form a whole. Originating from the artists training as a painter, her intrinsic artistic process has sparked a recent breakthrough. Her transition to oil painting and her production of sculptural objects has activated her use of personal painterly forms, into a relationship with the physical objects that are attached, accompany and seemingly cascade from the paintings themselves. What she refers to as 'Sculptural Painting'.

For the artist, 'Sculptural painting' is an experiment that generates a narrative with the painting and the external elements that contextualise the painting. The exhibition space, relative location, composition, and the objects surrounding, and at times attached to the painting form a dialogue that relates to the simplest element, the brush strokes. The finished piece is developed with the placement by the artist's intuition and a rigorous sort of mental calisthenics, which carefully finalise the painting and their relationship to the constituent objects forming a unique and site-specific ecosystem of experience.

Park Kyung Ryul studied in England while doing various exhibitions after stuying Fine Art at Hongik University in 2013 and has been active since graduating Fine Art master degree at Chelsea College of Art and Design in 2017. Park Kyung Ryul was selected for exhibitions such as 2018 Song Eun Art Award, 2017 Buk-Seoul Museum of Art City and the People, 2016 Doosan Gallery Using the Eye in Order to See. Also, She had exhibitions consistently at Lungley Gallery in London in 2018, SIDE ROOM in 2017, Common Center in 2014 and Space Willing N Dealing in 2013.

Sign up to be among the first to know when new exhibitions by Park Kyung Ryul or at Baik Art open.