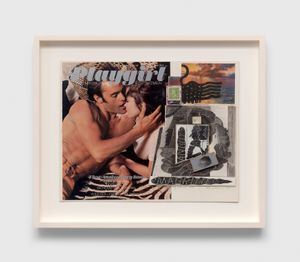 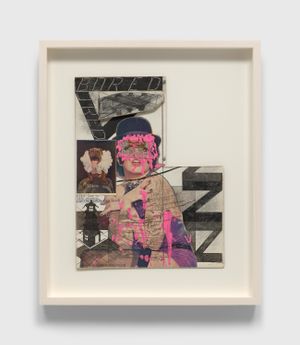 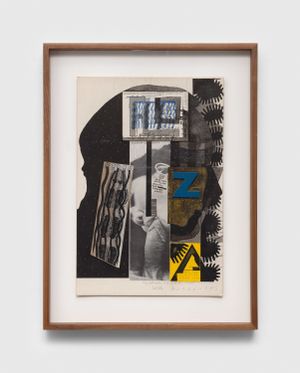 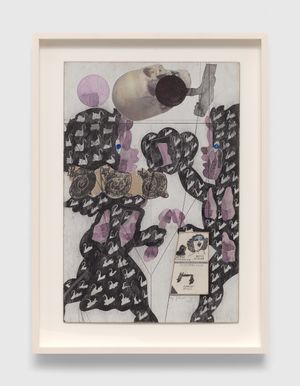 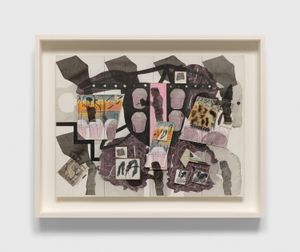 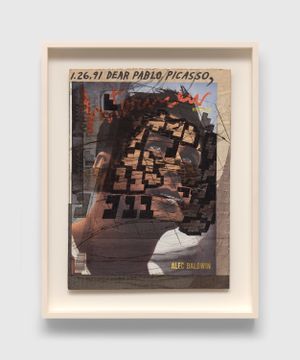 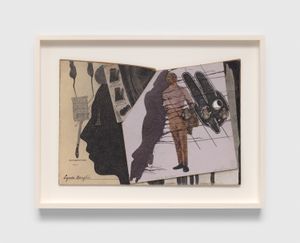 Ray JohnsonUntitled (Won’t You Have to Answer an Awful Lot of Letters?)Collage on illustration board
7.6 x 21.9 cm David Zwirner Contact Gallery 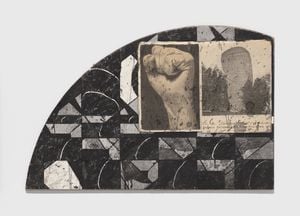 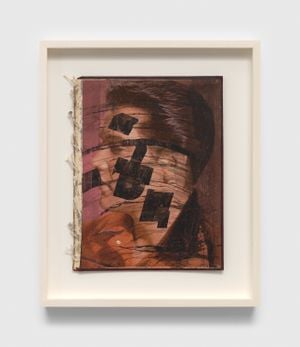 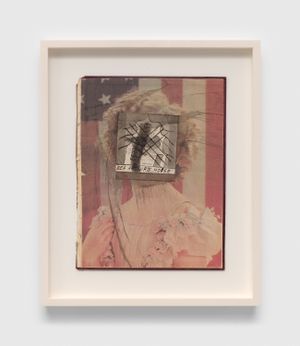 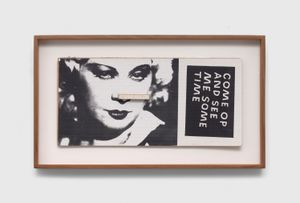 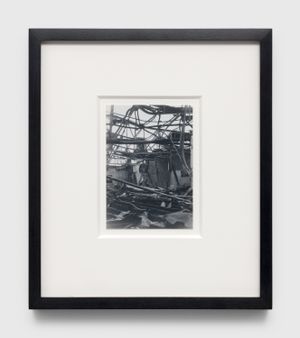 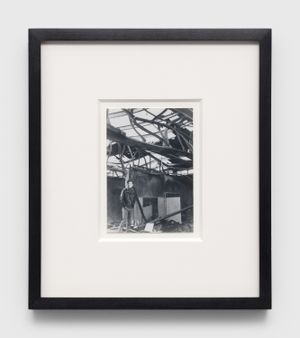 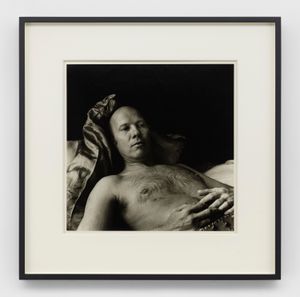 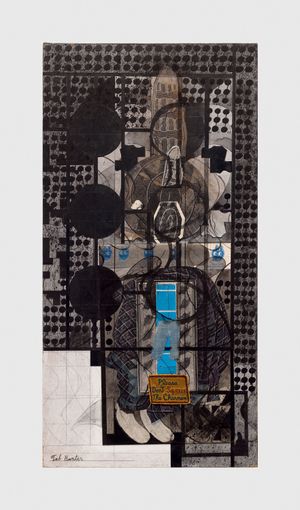 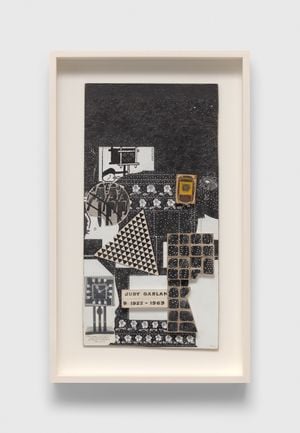 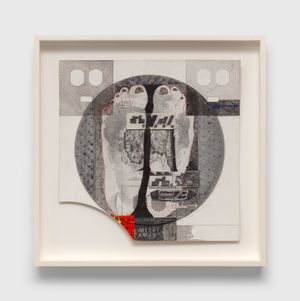 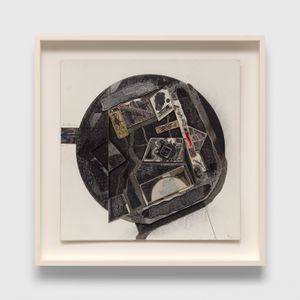 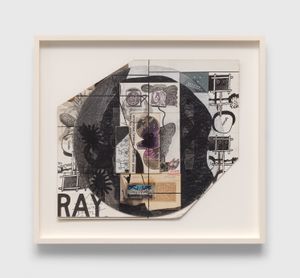 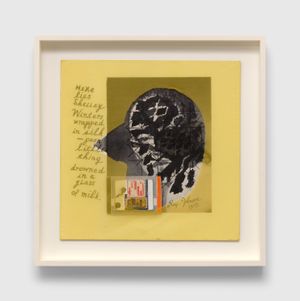 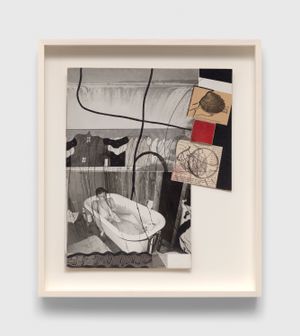 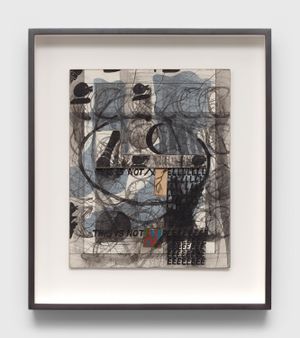 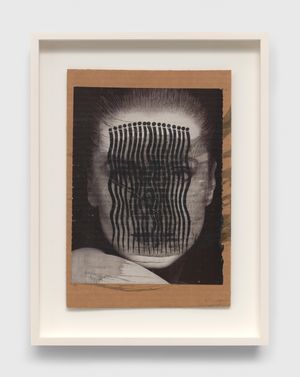 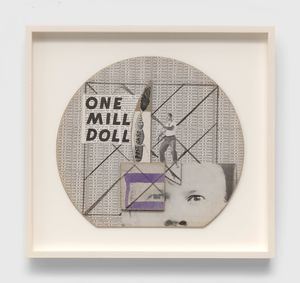 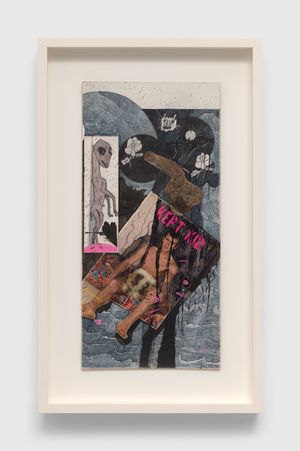 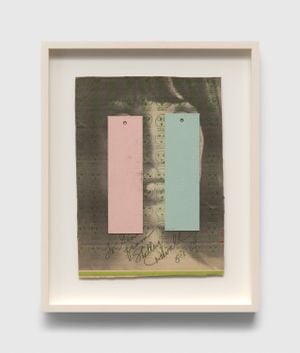 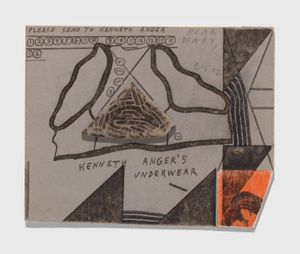 David Zwirner is pleased to present an exhibition focused on American artist Ray Johnson curated by Jarrett Earnest at the gallery's West 19th Street location in New York. Organised in collaboration with The Ray Johnson Estate, the presentation will feature many never-before-exhibited collages and drawings from the 1950s through the 1990s, focusing on Johnson as a seminal and influentially queer artist as well as on his recurring fandoms and obsessions—from Arthur Rimbaud, Yoko Ono, and Shelley Duvall to false eyelashes—situated within an array of archival materials from his friends and collaborators, including Jimmy DeSana, General Idea, David Wojnarowicz, John Giorno, and Peter Hujar, among others. Viewed together, these works upend our notion of Ray Johnson as a solitary figure working in isolation, situating him at the nexus of a network of avant-garde artists of his time, while deepening our understanding of the strategies of dispersion and displacement at the centre of his artistic persona.

Ray Johnson fastidiously archived the contents of his Locust Valley, New York, home, arranging it for discovery after his mysterious suicide in 1995. There was over fifty years' worth of accumulated clippings stacked from floor to ceiling, completed collages wrapped in cellophane (cut open to make later additions), shelves and shelves of books, files, letters. On one stack, a yellow rubber glove was laid out with cartoon eyes drawn over the knuckles, rolling themselves to the side, as if surveying the room. Propped above was a sign proclaiming 'WHAT A DUMP.'

Aside from commenting on its immediate environment in staging this tableau, Johnson cast the humble glove as the melodramatic lead in Edward Albee's Who's Afraid of Virginia Woolf? (1962). In the famous film version, Elizabeth Taylor stumbles into her home one night to proclaim, 'What! A! Dump!' giving her best drunken Bette Davis impression, then commences to harangue her partner into helping her remember which film she was quoting. 'Don't you know anything?!' It perfectly encapsulates Johnson's sensibility, where every gesture is suspended in a loopy yet precise universe of suggestion and association. The biting camp performance, with its dark humour and merciless cultural acumen, made the film a touchstone for queer sensibilities then arising in and around postwar New York. As a scene played in Ray Johnson's Pink House, it pinpoints how central queerness was to his attitude and art.

Ray Johnson: WHAT A DUMP is the first exhibition to foreground him as a queer artist, bringing together previously unseen collages, drawings, and ephemera from The Ray Johnson Estate. By paying attention to the particular subject matter of his ongoing obsessions—from poets Arthur Rimbaud and Gertrude Stein to movie stars Shelley Duvall and River Phoenix—a fuller picture of his complex visual logic emerges than ever before, one steeped in drag, teenage fan clubs, and S-M. Johnson's work will be amplified by art and archival material from several artists he was in dialogue with—including General Idea, Peter Hujar, Jimmy DeSana, Sari Dienes, Geoffrey Hendricks, and David Wojnarowicz—to trace the contours and strategies of a broader milieu.

Ray Johnson (1927–1995) was born in Detroit, Michigan, and later studied at the Detroit Institute of Arts before leaving in 1945 to attend Black Mountain College in North Carolina. During his time there, the artist studied painting and was surrounded by faculty and visiting lecturers such as Josef Albers, Robert Motherwell, John Cage, Merce Cunningham, and Richard Lippold. By the mid-1950s, Johnson had turned to what would become his primary medium, collage, creating 'moticos,' his term for irregularly shaped images sourced from magazines, comic strips, and advertisements. Over time, the artist's collages became increasingly complex as he layered photographs, newspaper headlines, fragments of lists, names of recognizable art or pop-culture figures, and his own doodles on cardboard before sanding them to create a polished surface. Despite his apparent fascination with celebrity, Johnson distanced himself from the art world while maintaining a ubiquitous presence through his pioneering mail art activities. As founder of the New York Correspondance (sic) School, the artist circulated small works within a broad network of friends, artists, writers, and curators.

The Art Institute of Chicago will present Ray Johnson ℅, on view from November 26, 2021 to March 21, 2022. A comprehensive exhibition publication edited by Caitlin Haskell and Jordan Carter will accompany the exhibition.