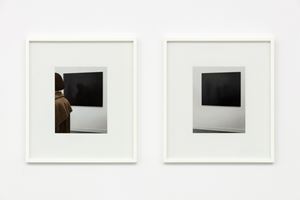 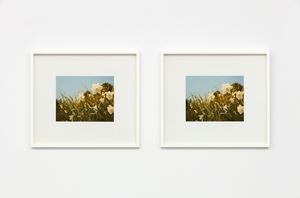 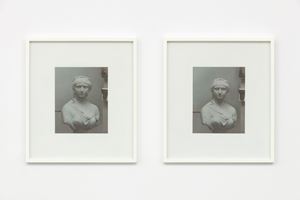 Esther Schipper is pleased to present Andrew Grassie's first solo exhibition with the gallery. Entitled Still Frame the exhibition includes 24 new paintings. Both title and number of paintings obliquely acknowledge the conceptual affinity to cinematic story-telling that informs the new body of work. (24 frames per second is the standard ratio in film to create the illusion of seamless movement in human vision.)

Known for small, precisely painted works—their ostensibly unassuming matter-of-factness sometimes masking the often elaborately staged preparation of past projects and their conceptual ambition—with Still Frame Andrew Grassie continues longstanding interests into the status of the image, the nature of memory and contemporary painting.

Beginning as an experiment, Grassie chose motifs that had held his attention for reasons he could not always explain: snapshots associated with personal memories, tied to a specific place, a moment in time. Photos from his image archive, many decades old and exuding a vague awkwardness, became sources for these works. Thus, for instance, one painting depicts a bright meadow, but from the ground up: the head of an enormous daffodil seems to hover over us, like a giant blocking our view. Another depicts a car door, opened to a rugged green landscape beyond; others the hazy view of an unremarkable street, or the light reflecting on a windscreen on a rainy night. With each painting the artist responded to a lingering fascination he had not yet resolved but wanted to explore—often painting the same motif multiple times.

Grassie's paintings effectively shape the observer's experience of looking. With their tightly framed compositions, his works subtly play with our captivity: what is beyond the daffodils? Visual obstacles reinforce this impression: what vista does the tree on the bridge hide from our gaze? Several of the source images were shot through windows—car, bus or subway—and the resulting glare, haze or scratches (respectively) adds an element of place, even as the windowpane becomes the surface of the painting, like a transparent foil slightly obscuring the view.

The exhibition includes repeated motifs in twos and threes. The delicate pattern of tiny brushstrokes characteristic of tempera painting makes each image clearly unique, yet the repetition of these motifs encourages a close examination. And while this multiplication makes apparent the small differences, it also reinforces the paintings' affinity to memories: unique experiences, played over in our mind. Drawing on this belatedness of understanding, the exhibition has a dream-like quality: associative, mysterious, and with a stillness that registers with quiet force as meaningful. Yet, there is a restless quality to this stillness that feels cinematic: we half-expect that time might well suddenly speed up again.

Andrew Grassie was born in 1966 in Edinburgh, Scotland. He received a BA (Hons) in Fine Art Painting at St.Martin's School and a MA in Painting at Royal College of Art. He lives and works in London.

Sign up to be among the first to know when new exhibitions by Andrew Grassie or at Esther Schipper open.