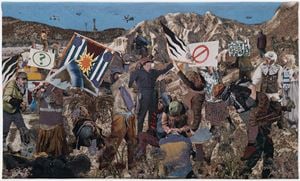 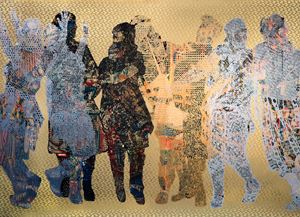 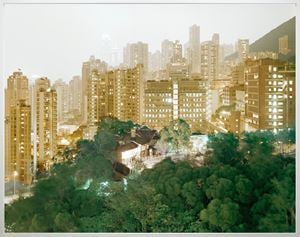 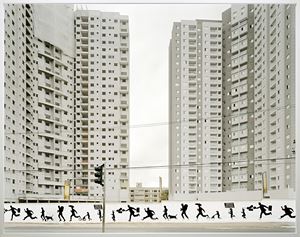 Where in this vast interconnected world do borders fit, what is their real purpose and how might they change in the world after Covid-19?

Do they separate us or help us belong? With its physical spaces closed, Gazelli Art House's work continues online. On 24th April, the gallery will launch its online exhibition Borders, hosted entirely digitally by the gallery for the first time, with groundbreaking work by artists including Aziz + Cucher, Francesco Jodice, and Kalliopi Lemos. The exhibition tackles themes including the European refugee crisis and the destabilising effects of globalisation, highlighting the contested nature of borders at a time of renewed global crisis and inequality.

The exhibition will host a three-dimensional video work by each artist. These include Aziz + Cucher's In Some Country Under a Sun and Some Clouds (2012), a four-channel video installation originally commissioned by the Indianapolis Museum of Art using a mixture of performance and video compositing techniques to engage with the psychological aftermath of conflict and displacement. Francesco Jodice's Morocco Affair (2004) is formed from a series of 82 portraits of European holiday homes in Morocco. Kalliopi Lemos and collaborator Nancy Atakan's Necklace in Time (2020) sees the two women wear heavy golden necklaces adorned with colourful jewels referencing Ottoman designs; the artists remove the jewels and replace them with embroidered words reflecting their experiences of birth, love, friendship and marriage.

Accompanying this groundbreaking digital exhibition will be a series of live takeovers of the gallery's Instagram channel by performance artists including London-based Whiskey Chow; talks with exhibiting artists via digital conferencing platforms including Zoom and Twitch, along with digital guided tours through online viewing rooms. The exhibition will return when Gazelli Art House reopens in physical form later this year.

Gazelli Art House founder and director Mila Askarova said: 'With the recent examples of countries competing for resources in the wake of Covid-19, we have never lived in a more globalised yet separated world. The universality of the subject invites us to reflect on human nature and society today. Our show aims to question the definition of borders and how we can all embrace each other's understanding of them without becoming polarised in the process. These exciting artists are searching for an aesthetic that can express both the anxieties and expectations of living in such a moment'.

Aziz + Cucher's In Some Country Under a Sun and Some Clouds (2012) depicts figures in western and Middle Eastern dress in ambiguous movements of prayer and dance. It is shown alongside their works on paper 'Frieze series' (2018–2019), made using mixed media ink and silkscreen printing. This builds upon the pair's tapestry work, including the Some People Tapestry Cycle shown at Gazelli Art House in 2018.

Francesco Jodice, a photographer based in Italy, explores art and geopolitics in Morocco Affair (2004), showing houses in the suburbs of Oujda, a city 30km from the African coast on the Mediterranean, close to the Algerian border. It was shot using infrared film at night. Most such houses belong to MRE (Marocains Résidants à l'Etranger), from countries including Belgium, Germany, Holland, France and Spain. The exhibition also features his What We Want (2000–) inkjet on cotton paper series of images from cities including Osaka, Bethlehem, Hong Kong and São Paulo.

Other artwork on show from Kalliopi Lemos includes her compelling mixed media 'Boxed World' works made from photographs, figures, paper, clay and wire installed inside wooden boxes made from material reclaimed from the roof of an old Georgian house. The work draws on the artist's interest in social and personal confinement. Her 'Collage Drawings' (2016) blend photography, colour pencil drawings on handmade Japanese paper and newspaper captions referring to global geopolitics including mass migration and war.

Sign up to be among the first to know when new exhibitions by Aziz + Cucher, Francesco Jodice, Kalliopi Lemos or at Gazelli Art House open.
Sign Up