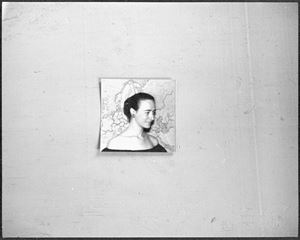 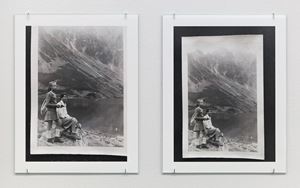 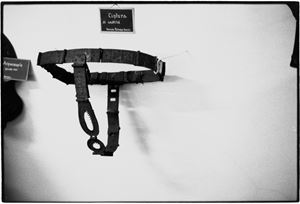 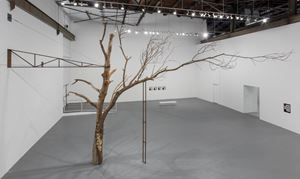 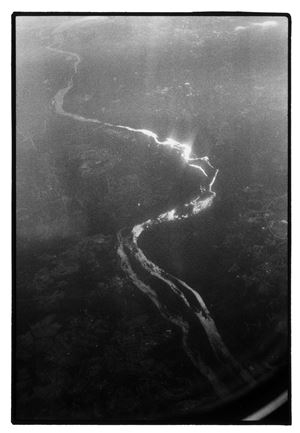 As part of our ongoing series of online exhibitions, Hauser & Wirth presents a special selection of works by American conceptual artist Zoe Leonard (b. 1961). Included in her landmark survey at the Whitney Museum of American Art, New York and the Museum of Contemporary Art, Los Angeles in 2018, the sculpture and photography brought together for the exhibition explore especially resonant themes of confinement and liberation, solitude and togetherness.

Known for her lyrical observations of daily life, over the last three decades Leonard has made photographs, sculptures, and installations that call our attention to the politics and conditions of image-making and display. Zoe Leonard. The ties that bind features works from the artist’s key photographic series, all of which ask us to reconsider the act of looking itself, pointing to observation as a complex, ongoing process.

Trees show up in my work over and over again. I think I use them so much because they are such an essential symbol. Trees represent home, shelter, seasons, change and stability, life and endurance. …We speak of having roots, of bearing fruit, of family trees. —Zoe Leonard

Leonard’s Urban Landscape series documents the resilience of the natural world. Photographs such as Tree + Fence, S. 3rd St. (1998) feature trees that continue to grow amidst the man-made fences that surround them. The sculpture on view, Tree (1997), is composed of a once living tree that has been cut into segments, only to be stitched together with metal wires, bolts, and plates. In Chastity Belt (1990–1993), an earlier work, some of the same visual themes are on display. Here Leonard contemplates confinement most literally in a work that relates to her longtime exploration of the institutional and cultural control of female bodies.

As a starting point for her series, 'In the Wake', Leonard uses old snapshots of her family from the years after World War II. These family snapshots can be understood as a form of self-representation and a mode of describing and sharing lived experience, an alternative to official representations of history. Considered together with works from the Urban Landscape series, these works unite the symbolism of the physical tree with the concept of the family tree and the ties that bind.

In her 'Aerials' series, created in the mid to late 1980s, Leonard employs a birds-eye perspective to underline the position of the artist and the role of the viewer in the photographic process. Untitled Aerial (1988/2008) and Untitled (1989/2008) record landscape and infrastructure, drastically different environments captured from similar viewpoints. Leonard’s vantage point provides distance and context to consider the socio-economic structures that underpin and shape our urban and suburban landscape. These intersections between the natural world and human impact are timely and important to engage in at this moment of pause.

Zoe Leonard. The ties that bind is part of ‘Dispatches,’ Hauser & Wirth’s new series of original video, online features, and experiences that connects our audiences with the gallery’s artists as we continue to navigate our shared reality together.

Leonard’s Tree + Fence photos were also recently on view in London’s Hayward Gallery Among the Trees, a group exhibition that reexamined our vision of the natural world.

The ties that bind

Sign up to be among the first to know when new exhibitions by Zoe Leonard or at Hauser & Wirth open.