Angel Otero (b. 1981) is best known for his process based paintings and deconstructive porcelain and steel sculpture. While early works have been influenced by memories based on his early life in his native Puerto Rico, referencing photographs and other family memorabilia combined with the gestures of 20th century painting, his latest works highlight artistic material and its physicality. Read More

Otero has developed a ‘deformation’ approach by first painting on glass and then, once dry, scraping the paint, as a skin, off the glass and draping and rearranging the material on canvas. With this process, Otero explores a reconfiguration of both historical and contemporary painting narratives, showcasing the physicality of the material beyond its historical use as an image-maker. The paint becomes the subject of the painting.

Recent works in painting revisit previous interests in abstract image making, silicone, and powdered pigments. Calling the new works his Transfer Series, Otero takes imagery from his personal history and distills the image down to a line pattern, informed by traditional woodcut techniques. Following the lines with silicone and dusting the canvas with raw pigment, Otero transfers the images between canvases in an act that is simultaneously creative and destructive, creating new abstract images while the original is destroyed in the transfer.

Personal history and art history find a common ground in Otero’s practice, both acting as a genesis to the artist’s explorations of artistic medium. Otero received his MFA from the School of the Art Institute of Chicago.

It is all about growing with an artist. A gallery has to grow at least as fast as the artist; but not just one artist - all of the artists that it works with.

Ahead of two museum retrospectives in America, Puerto Rican artist Angel Otero is presenting new work at his first Hong Kong exhibition at Lehmann Maupin, which runs until July 2. ARTINFO spoke to the painter about this new series, which involves an innovative medium developed by the artist called “oil skins,” as well as his... 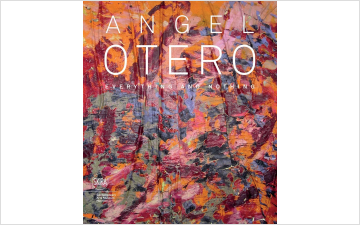 Angel Otero: Everything and Nothing 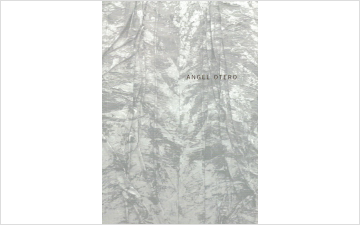